ICaMB’s Prof Jeff Errington organised and hosted an impromptu symposium on the origins of life at the Centre for Bacterial Cell Biology (CBCB) on Wednesday 18th January 2017. About 80 people attended, hearing 11 talks from a mixture of Newcastle and international speakers, including a number of guests who had travelled over from Japan for the meeting. The program was arranged more or less in “chronological” order, starting with the origins of the solar system 4-6 billion years ago, and ending (still almost 2 billion years in the past) with the emergence of the eukaryotes. The meeting sparked several very lively discussions, perhaps reflecting the difficulty of doing standard hypothetico-deductive experiments on the topic, in the absence of time travel technology! Nevertheless, the day was a great success and is likely to lead to new international collaborations and funding opportunities.

My emerging interest in the subject has two origins. First, through ageing and trying to find a reason for existence before existence disappears! Second, the lab’s work on L-form bacteria (see Box), which has attracted much interest from the origins of life scientific community.

L-form bacteria use a seemingly primitive mechanism of replication. L-forms are cell wall deficient bacteria, which turn out to replicate by a slightly bizarre, seemingly haphazard mechanism involving membrane blebbing and tubulation. The process provides a model for how primitive life may have proliferated billions of years ago, before the invention of the cell wall.

The latest findings have led to a number of fascinating new scientific contacts, and about a year ago, Prof Shige Maruyama, who heads a major Japanese research institute dedicated to origins of life work called the Earth-Life Science Institute (ELSI), made contact, proposing discussion around possible collaborations. After a series of small meetings in Newcastle and my visit to Tokyo, momentum began to emerge, culminating with the proposal for a major workshop in Newcastle, with half a dozen or so ELSI members planning to attend. 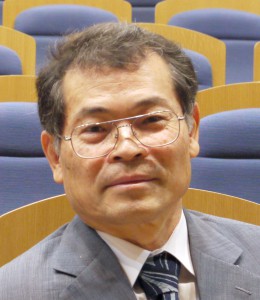 As discussions developed, I identified various experts in Newcastle with complementary expertise and interests in the general area, and the idea for a full blown symposium took shape. There was even time to identify a top class international “guest” speaker, Prof Bill Martin from Dusseldorf, who came over at short notice to give the concluding talk.

This is not the place to go through each talk in detail. However, from my perspective, what I hope people took away from the meeting would have included the following general points.

First, the problem is amazingly multidisciplinary, with important contributions from astrophysicists, geochemists, organic chemists, microbiologists (structure/function, metabolism and physiology) and evolutionary bioinformaticians. Second, we still have a very hazy understanding of many of the early events in the earth’s planetary history, e.g. when did the water arrive and how much? Third, it is clear that microbes were responsible for huge changes in planetary chemistry, particularly oxygenation but also that planetary composition must have reciprocally influenced microbial evolution. 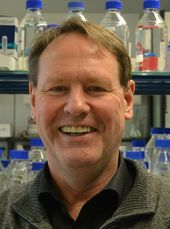 The day concluded with a very nice dinner at the Jesmond Dene House Hotel, supported by Newcastle University and hosted by Pro-Vice Chancellor Prof Nick Wright. I’m sure that the original owner of the house, Lord Armstrong, would have approved of the day (for example, I gather that his company won the contract to build ships for the Japanese Navy 120 or so years ago). I’m also sure that as a Fellow of the Royal Society (elected in 1843) he would have been acquainted with Charles Darwin and perhaps they too had interesting conversations about the origins of life in their own time frame.