Back in the summer we took lots of samples through some of the deposits that Hayley and here team were excavating in the corridor opposite Room 2.

One of these samples was a small box of sediment contained in a kubiena tin. Essentially this allows us to take a block of deposit from which we can produce a thin-section. This can then be studied scientifically as a micromorphology sample.

Newcastle’s very own expert in archaeological soils – Dr Lisa-Marie Shillito – has kindly been examining our micromorphology sample. Her preliminary observations are available over on her blog Castle and Coprolites. 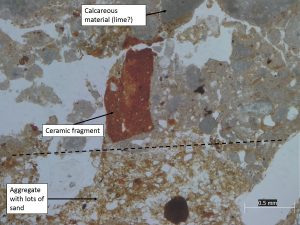 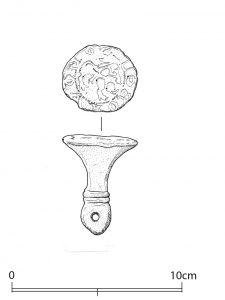 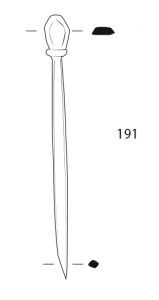