PROFESSOR Pooran Wynarczyk, director of the Small Enterprise Unit (SERU) at Newcastle University Business School, and her work on the Formula One in Schools Technology Challenge has been acknowledged in a new national report,  launched  at  ‘Higher education & the third sector: Making access to Science, Technology, Engineering and Mathematics (STEM) happen’  conference in London.

The report entitled ‘Unblocking the pipeline: How the third sector can increase higher education participation in STEM,  sponsored by the National  Higher Education STEM  Programme, refers to Professor Wynarczyk’s ‘role-model platform for young scientists initiative’ as an example of good practice.

The platform builds upon a key strand of Professor Wynarczyk’s research that assesses participation in STEM information education and extra curricula activities, and the impact this has on future education and career aspirations amongst young people.

Her research in this area links closely with the Formula One in Schools Technology Challenge, a global STEM initiative that seeks to provide a multi-disciplinary learning experience through the appeal of Formula One, with the purpose of  promoting  a positive  perception of STEM, particularly amongst the younger generation.

The North East Regional Finals of the Challenge was held at the Business School in February this year, where over 80 pupils from schools around the North East took part to collaborate, test, manufacture and then race miniature Formula One cars.

“I am delighted that the research and work we’ve been carrying out at Newcastle University Business School has been cited within this recent report.

“The initiative and the annual competition we host at the Business School is always a hugely successful activity where we see many of the region’s young people put on a display of their scientific and creative talents.

“The research is part of a wider goal to engage higher education institutions, like Newcastle University, with young people to help encourage and grow their interest in the areas of science, maths and technology.” 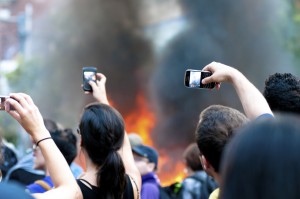 This time last year the UK witnessed unprecedented public rioting. One year on, and in the midst of Olympic jubilation, Dr Tyrone Pitsis, Newcastle University Business School, looks at the reasons people revolt and how collaboration and hope promote social cohesion.

As the UK remembers the rioting that tore through towns and cities a year ago, the Government has released a report exploring the reasons why they happened. Unsurprisingly, the causes were found to be complex and deep-seated: problems that go back generations.

My own research work into social economics addresses some of the issues to which the Government’s experts attribute last year’s riots. Why have so many of the young generation lost hope? Why is social mobility so difficult in the UK? What can we do to stop history repeating itself in the form of future generations with similar problems? There will be no easy answers to these problems.

While Newcastle and the North East were happily not affected by last year’s riots, we still see some of the social issues that precipitated them. First, I want to cut through the hype. The riots were not the evidence of the steady decline of society. It is much more complex than that.  Some may have rioted because they feel alienated from society.  For others it was opportunism, for others still it was about being in ‘the flow’ of things: or what is referred to as being in the moment – caught up in a sense of something that would be ‘fun’ or daring.  The remarkable thing about the riots is that most people, and especially young people, did not partake.  So, we tend to focus on what people did, rather than what they did not do.

Even so, the riots were real, and they do point to the fact that something needs to be done in the UK.  My opinion is simple: once people lose hope anything goes, and hope transforms into hopelessness.  This is destructive and self-defeating – it offers answers that lie in taking short cuts, in crime, in just taking what you want. We cannot separate human action from the social context within which it occurs.  All human action is a dynamic political process.

I am interested in the idea of hope, and because of that my research concentrates on the idea of designing society: the concept that we ourselves can design how society’s institutions, its policies, regulations, social norms and its infrastructure and even buildings are integral to the kind of community and society we live in.

Universal design is a simple principle, originating in Japan, which is underpinned by the idea that when designing products and services they should be designed to be inclusive rather than exclusive.  This is a straightforward idea and applies to societies and communities.  If you design cities with all activities occurring in one space, you cannot complain that other parts of the city and country suffer. For example, a risk to the North East is that we depend heavily on the public sector for employment; similarly London, having been “designed” as a financial centre, has a strong reliance on that one sector.

The UK, compared to other parts of the industrialised world has a poor level of social mobility – which put simply means the opportunities for people to make better prospects for themselves. I believe this is because the whole social and economic infrastructure has not been best designed to offer opportunities for growth at a personal, interpersonal, community and national level. Social mobility is about access, democracy, and a vibrant and sustainable economy and society.

While there may be no simple answer to such complex issues, I am however convinced that the idea of design thinking is a process well worth investing in at all levels of government and industry. There is a critical factor here called “inter-organisational collaboration” – that is, collaboration between governments, industries and different sectors to design the future of the UK, its cities and its communities, and more importantly its place in a global economy that is undergoing ambiguous and uncertain transformation.

I’ve long been interested in how collaboration works in mega-projects, for example the delivery of the Olympics. Those involved would attest to the fact that different parts of the system are so fragmented that it’s a real challenge to get different organisations, departments and institutions to talk to each other, let alone work in unison.

My research over the years has shown that collaboration is a creative, dynamic process and requires very different skills and capabilities from those which we currently demand of organisations and society.

But there is real hope here – one only need look at the Olympics to see an example of how collaboration can really engineer success. Just one year on from the riots, the energy and optimism from London 2012 can be harnessed to bring people together to make real change. There is a general mood of positivity in the air, which can be turned into something tangible.

Collaborative design and relationships, however, are only part of the answer when it comes to designing society.  The big questions include what kind of economy are we designing and how do things work? How do the financial systems work, and how are they regulated?  How do universities and schools work? What will the infrastructure look like?

To my mind there are two key areas that the UK must attend to: technological innovation (from medical to information technologies), and cultural innovation (such as the arts and cultural diversity). I believe that if you want a smart society, you have to encourage a culture of doing smart things.
Problems of inequality, lack of opportunity and how communities can adapt in times of rapid social and economic change, are exactly the sort of issues that prompted Newcastle University to launch the Institute for Social Renewal this year. As a world-class civic university, we have focused a large part of our research efforts into tackling profound global challenges – known as the societal challenge themes, they include ageing and health, sustainability and social renewal. We take very seriously our duty to make a difference to the world around us; not only to be a leader in thinking, but also in action.

The new Institute, led by by Professor Mark Shucksmith OBE, is intended to be a dedicated centre for research into some of the biggest problems faced by individuals and communities today. The Institute brings together the expertise of academics from across the University, to tackle the “big questions” faced by society.

For further information on Dr Pitsis and his work, visit www.ncl.ac.uk/nubs/staff/profile/tyrone.pitsis

We’re delighted to (finally) bring our Business School blog into the world. This is a place for academics, support staff, guests, and students to share their views on life inside and outside the Business School.

Through our musings and knowledge exchange, we hope to stimulate thought and debate on topics ranging from the sublimely intellectual, to, occasionally, the downright frivolous. It’s all part of life’s rich tapestry here at the Business School!

Please use this site to keep in touch and tell us what you think. We’d love to hear from you, no matter who you are. 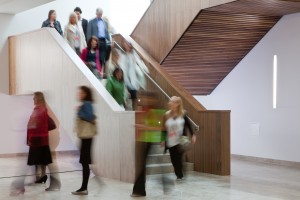