If there’s one thing better than a free lunch, surely it’s a free lunch sandwiched between talks from some of the world’s most inspiring people.

That was Wednesday in a nutshell, thanks to Digital Union and TEDx Gateshead, who streamed TED Global 2013’s sessions into the Northern Design Centre in Gateshead, with food kindly provided by lunch sponsors Ward Hadaway.

The sheer depth and diversity of this world-famous conference makes it impossible to choose ‘favourite’ speakers as such, but we found ourselves really moved and amused by the ‘Listening to Nature’ segment.

Kicking things off was Bernie Krause, whose Wild Sanctuary project records soundscapes from natural habitats all over the world, giving us humans a fresh sensory perspective on the damage we are doing to many vulnerable species.

And we heard about bees and the massive role they play in our own, precariously balanced food chain. Marla Spivak brought to life the plight of this industrious and ecologically vital creature (of which there are over twenty-thousand species, by the way) and we were reminded of the global-headlining-grabbing research being carried out at Newcastle into the relationship between pesticides and bee pollination.

From there on, speakers and topics diverged and delved into wild animals’ sexual behaviour, Middle-Eastern politics, urbanization in Latin America, post-Chernobyl societies, and many, many other realms.

That’s the great thing about TED: regardless of your chosen career or hobbies, just one afternoon of talks broadens your frame of reference, connects issues you might never have thought about at once, and leaves you feeling that little bit more inclined to change the world for the better.

If you haven’t already, check out the videos from this year’s TED Global and if, like us, you want to take part but can’t make the main event, keep in touch with TEDx to find out when and where your next local screening is happening. 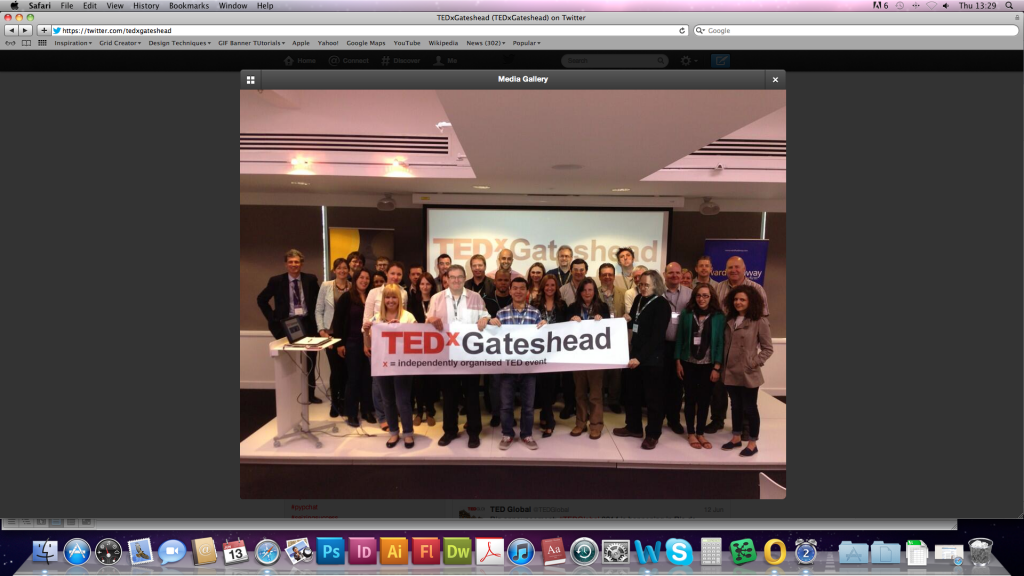