Newcastle University Business School undergraduate students, Kimberley Lee and Monica Molesag, have been selected to receive £2,000 worth of tuition fee discounts to put towards any of the postgraduate taught programmes offered by the University’s faculty of Humanities and Social Sciences (HaSS).

Now in its second year, the Excellence Scholarship aims to encourage high-achieving Newcastle University undergraduate students to further their study in a postgraduate programme following their graduation.

Along with their recent academic grades students are required to apply for the scholarship themselves by completing an online application form including a personal statement indicating their motivations for applying, why they should be considered for an award and what their career direction is.  This year saw over 20 students from the whole University apply for the chance to reduce their tuition fees,with 14 being awarded the final prize.  Successful students can also benefit from the 20% alumni discount as graduates of Newcastle University.

Kimberley, who has chosen to study an MSc in E-Business (E-Marketing), commented on what it means for her to have won this Excellence award:

“I am delighted to have been awarded the scholarship offered by the University as I was playing with the idea of beginning a master’s degree and this has allowed me to make a decisive decision about where and when to study.

“It’s really comforting to know that I am coming back to University here in Newcastle in September, as I definitely was not ready to leave.”

The awards recognise academic achievement and commitment to further study, with a long term vision of related employment or research opportunities.

The Business School looks forward to welcoming all of its new students in September and welcoming back those returning for their second and third years.

A serial entrepreneur, who teaches at Newcastle University Business School, and her innovative company Baggers Originals is one of 18 businesses out of 7,000 to make it through to the final of a BBC documentary called Be Your Own Boss.

Angela McLean and her re-launched company Baggers Originals – rainwear and swimwear that fits into an attached pocket to make a handy bag for children to carry – is part of the new BBC 3 series fronted by Richard Reed, co-founder of Innocent Smoothies.

Be Your Own Boss will see Richard Reed follow the 18 businesses seeing the winner clinch £1million investment, in a bid to nurture and invest in the next wave of young entrepreneurs.

Following the team, the film crew will capture the business ups and downs of the re-launch.

Angela McLean said: “Taking part in this BBC 3 show has been brilliant.“One of the main reasons for re-launching Baggers is down to the fact that I have told the Baggers story to over 3,000 students over the last 12 years and the feedback about the product range is always fantastic, and I am always asked ‘where can I buy it’?”

And with the BBC cameras present, Angela – who has worked with the Business School for over 12 years teaching enterprise, entrepreneurship and marketing – invited students who take part in the Partners Summer School to hear about the re-launch of Baggers Originals: a company she started over 22 years ago.

Angela continues: “I was delighted to involve the Partners students as I have taught the Summer School for over eight years now and have always been impressed with the standard of the students.  They are a delight to teach and were excited to have the opportunity to be on television.  It was a great experience for them and that is what learning is all about.”

As a business, Baggers ran in to difficulty the first time-around, not due to profitability but due to cash flow – one of the main reasons new businesses fail.   Angela believes that these lessons are invaluable to students or anyone starting up in business, and nascent entrepreneurs need to understand the risks of starting an enterprise and running a business.

The new clothing range is similar in design to the originals, retaining the bright, bold colours that made Baggers so recognisable 22 years ago, but the colours have been updated to ensure they are on trend.

The business model has been adapted with a strong internet presence and an e-commerce site, www.baggersoriginals.com, is due to launch this month, with an active social media campaign to engage customers ahead of the website launch.

Baggers Originals will also be selling in key retailers nationwide including Fenwick and has secured export sales into a children’s retail chain in Ireland.

Angela commented, “I am a great believer that once you have a good idea it is always a good idea, and the students’ response did inspire me to give it another go.”

Newcastle University Business School Alumni, Anelise Siddle, who has worked alongside Angela since graduating in 2011, will be heading up the re-launch with Angela and her daughter Jessica.

A current Business School student and former Partners student, Natalie Diver has also been integral to the development of the new brand, working with Baggers on a summer placement.

Angela is adamant that without the business knowledge and acumen of Anelise and Natalie the company would have struggled to restart and she plans to employ more students from the Business School in the future.

Anelise Siddle, a first class honours Business Management graduate said, “I have learnt so much in my time working with Angela in the field of enterprise and entrepreneurship, and re-launching the business has furthered my personal belief that many of the skills needed in running a business can’t be learnt out of a textbook.

“Baggers acts as a live case study and makes our teaching more relevant, current and exciting for students, allowing them to develop transferable skills that are much needed for the workplace.”

To find out what happens to Baggers Originals tune into BBC3, Be Your Own Boss, from Wednesday 12 September, 21.00.  The series lasts six episodes. 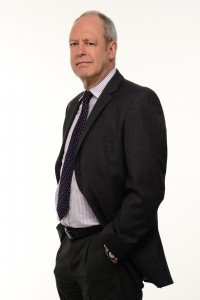 Professor John Wilson to oversee next phase of institutional development

With strong academic credentials and senior management experience within higher education, as well as an impressive track record in securing significant external research funding, Professor Wilson will now lead the Business School from its new £50m headquarters in the heart of Newcastle, home to 2800 students. Newcastle University Business School’s research expertise is helping to influence current business policy and practice and its focus on teaching core aspects of management has helped it achieve global accreditation.

At the University of Liverpool, Professor Wilson was responsible for teaching activities across the undergraduate and postgraduate curricula as Director of Programmes at the Management School, where he oversaw a trebling in postgraduate student numbers from 250 to over 700, in just three years. Previous appointments have included Director of Research at University of Central Lancashire, where he was instrumental in the last major national Research Assessment Exercise.

Over the past 20 years, Professor Wilson has submitted research papers in the US, Asia, Europe and Latin America, and is an active contributor to conferences, workshops, and seminars in his specialist subject areas of management history, international business history, and strategy. The Co-operative Group sponsors his current major project, and he is also involved in international projects looking at inter-corporate networks, bank-industry links, and technology transfer.

“I am enormously enthused by both the people and facilities at Newcastle University Business School. There is no doubt my predecessors, and the current Executive Team, have laid solid foundations on which we can build an internationally renowned institution.

“I’m really looking forward to collaborating with my Newcastle colleagues in research terms, as this is an essential component in the further development of our reputation for world-class status. From a managerial perspective, I’m looking forward to applying my experience and knowledge around research, teaching, accreditation, and strategic development, in an exciting, ambitious environment.

“We have an extremely rich pool of talent at the Business School, at both academic and professional support levels. Working as a team, I have no doubt that we can continue to create something very special, and take the Business School’s profile to the next stage, internationally.”

Professor Chris Brink, Vice-Chancellor, Newcastle University added: “Professor Wilson’s appointment will help to consolidate the progress that we have made at the Business School in recent years which culminated in the opening of our brand new campus last year.

“The Business School has attracted a wide and talented pool of staff and students from around the world and has established an increasingly high profile in key global markets such as India, China and the US, due to a rise in student numbers and steady growth in both research output and industry collaboration.
“I look forward to welcoming Professor Wilson to Newcastle.”

Professor John Leopold has been Acting Director since Professor Ian Clarke stepped down earlier this year, and will return to his Deputy Director role in November.