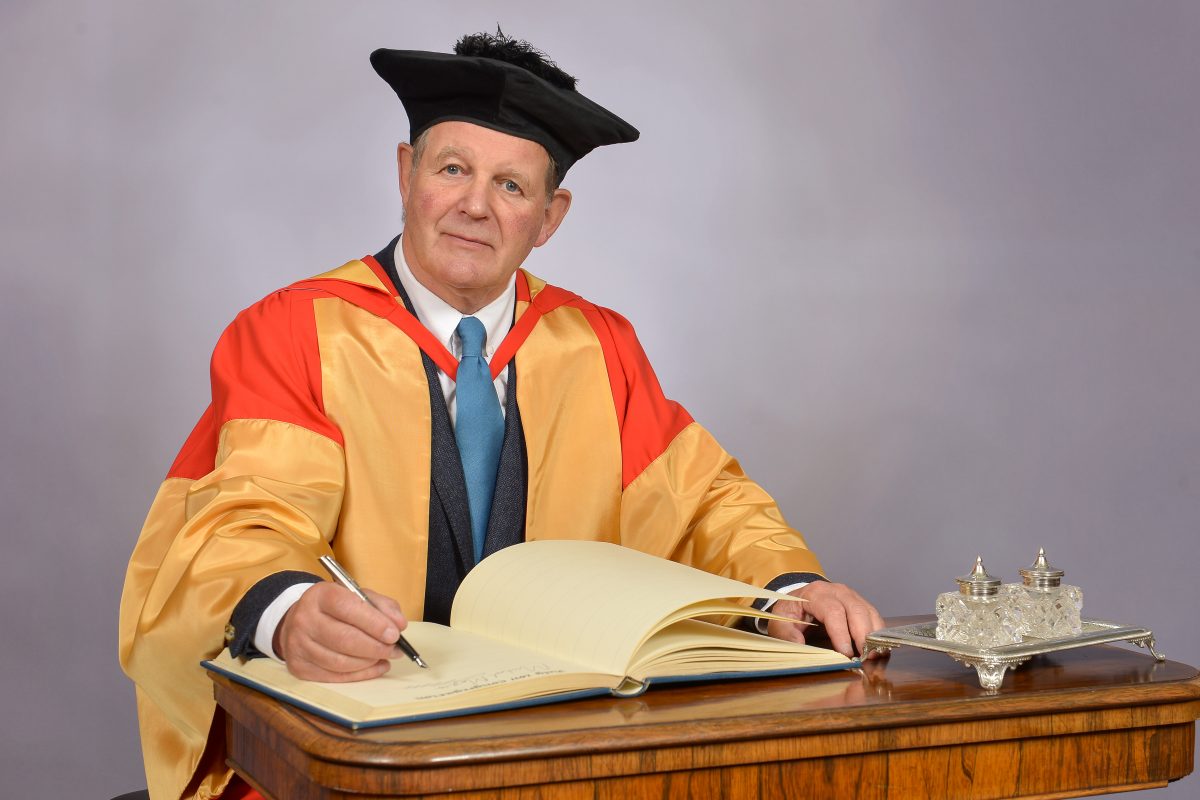 Today, Newcastle University has made Michael Morpurgo an Honorary Doctor of Letters for his outstanding achievements as a children’s author and supporter of children’s rights, and recognising his strong connections to the North East.

Michael Morpurgo received the honour as part of the School of English Literature, Language and Linguistics’ Congregation ceremonies, where our undergraduates and postgraduates also celebrated their degree success.

Michael is a true champion of children’s books. In an award-winning writing career that has spanned 40 years, he has published over 150 books for children, including War Horse, Private Peaceful and Kensuke’s Kingdom. He was the third Children’s Laureate from 2003 to 2005, a scheme he helped to establish. In 2006, his services to children’s literature were recognised when he was awarded an OBE. Michael and his wife, Clare Morpurgo, are also the founders of Farms for City Children, a charity which has now offered over 100,000 children the opportunity to experience a working farm in the countryside.

Alongside his writing and charity work, the honorary degree also celebrates Michael’s links to Newcastle. He is a Patron of Seven Stories: The National Centre for Children’s Books, and donated his entire archive to Seven Stories in 2015. This collection formed the basis for a major exhibition, Michael Morpurgo: A Lifetime in Stories, as well as a learning and engagement programme, and was supported by an InnovateUK Knowledge Transfer Partnership with Newcastle University, funded by the Arts and Humanities Research Council. The exhibition was on display between July 2016 to July 2017 at Seven Stories and is now preparing for a national tour, beginning with the V&A Museum of Childhood, where it will run from 22nd July 2017 – 25th February 2018.

In her citation, acting University Librarian, Jill Taylor-Roe, said: “Michael Morpurgo, who we are honouring today, is one of the finest storytellers of our generation.”

Michael Morpurgo accepted the award by saying: “I am delighted to receive this degree from Newcastle University’s School of English. What a huge honour and from a city that is home to the wonderful Seven Stories, who look after my archive and for which my wife Clare and I are joint Patrons. It feels a bit like coming home.”

You can watch the whole degree ceremony online. Jill Taylor-Roe’s citation begins at 31:10 with Michael’s response running from 40:48 to 52:14.