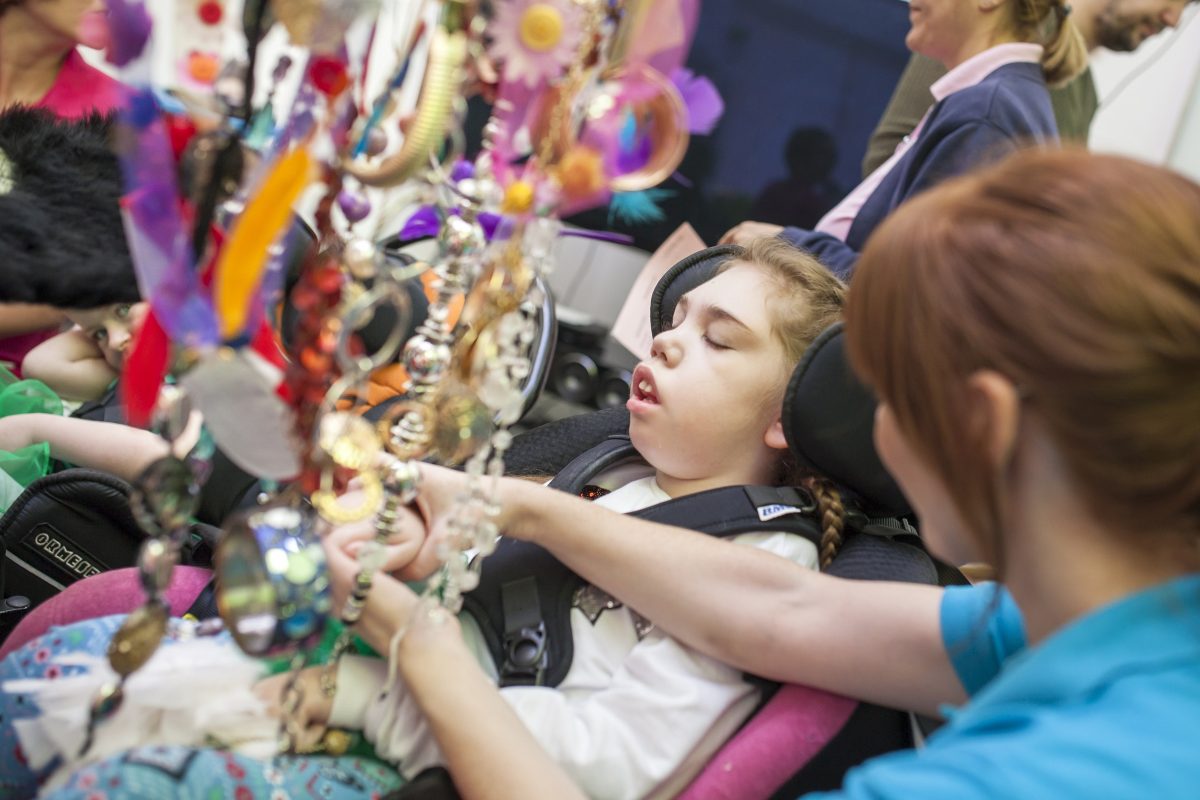 Seven Stories: The National Centre for Children’s Books are currently raising £7,000 to put children with additional needs at the heart of their story. In this post, hear how film production intern and Newcastle University PhD candidate Evripidis Karydis has supported Seven Stories’ very first crowdfunding campaign…

Seven Stories believe that stories help children to understand the world around them, and that every child regardless of age, gender, background and ability should have the opportunity to enjoy this experience.

With this in mind and with the promise of 50% match funding from the Community Foundation Tyne and Wear, they decided to try crowdfunding for the first time to secure additional funding from their supporters and the public. Seven Stories will be using the money raised to fund a range of accessible events and experiences designed specifically for children with sensory and additional needs.

Launching the Life-changing Stories campaign, Kate Edwards, Seven Stories’ Chief Executive, said: “Our ambition is for Seven Stories to be a hub for parents and carers of children with disabilities to socialise, play and learn more about how to enrich their children’s lives through the wonderful world of children’s books.”

This campaign video was filmed and edited by PhD student Evripidis Karydis (or Evris, for short!), who produced two 4 minute trailer videos to support the communications.  Evris is undertaking an NCL Internship through Newcastle University’s Careers Service. NCL Internships are open to all current Newcastle University students, and offer a placement of up to 100 hours during University terms and a student bursary of £750, made up of contributions from the business and the University.

Marketing and Communications Manager Victoria Sanderson, said of Evris’ work on the crowdfunding campaign: “Evris’ performance throughout the project was exceptional; he offered expert guidance when it was required, identified any risks prior to filming which increased efficiency, met deadlines, used his initiative when editing the videos and was accommodating with amends, even when they arrived after signing-off.  Overall, Evris was professional and a delight to work with.”

This built on Evris’ previous internship with Seven Stories in the 2016/17 academic year, where he filmed Seven Stories’ Living Books project in early years settings, working with the Creative Learning and Engagement Team.

For Evris, “having already completed a NCL internship with Seven Stories during the 2016/17 academic year it was not difficult for me to decide to work with the foundation once again. The people at Seven Stories are true professionals and really helped me to produce high quality videos for their causes. Furthermore, the reason behind the crowdfunding campaign was another motivation for me to say yes and work once more with Seven Stories and I am pleased that my videos contributed in order to achieve the goal of raising £7000.”

“Being an aspiring filmmaker myself working through my internship I have managed again to practice my filmmaking craft and helped me develop my communication skills.”

“The highlight for me during my placement was when I got the chance to film a family for the crowdfunding campaign video as it gave me a good insight of the people who were going to be benefited by the campaign.”

“I truly believe that the work being done at Seven Stories is really important as it is making a massive difference in children’s lives and their families and I would really like to work with them again in the future.”

Take a look at Evris’ second video from the Life-changing Stories campaign:

And the results? Well, Seven Stories hit over 75% of their funding target in the first day of the crowdfunding campaign, which is amazing news! Thank you to Evris for helping to make this campaign such a success. But they still need a few more donations to hit their £7000 target before 2nd April 2018 – can you help Seven Stories to ensure that every child is part of their story?

Find out more about the campaign and donate now at: http://www.crowdfunder.co.uk/life-changing-stories