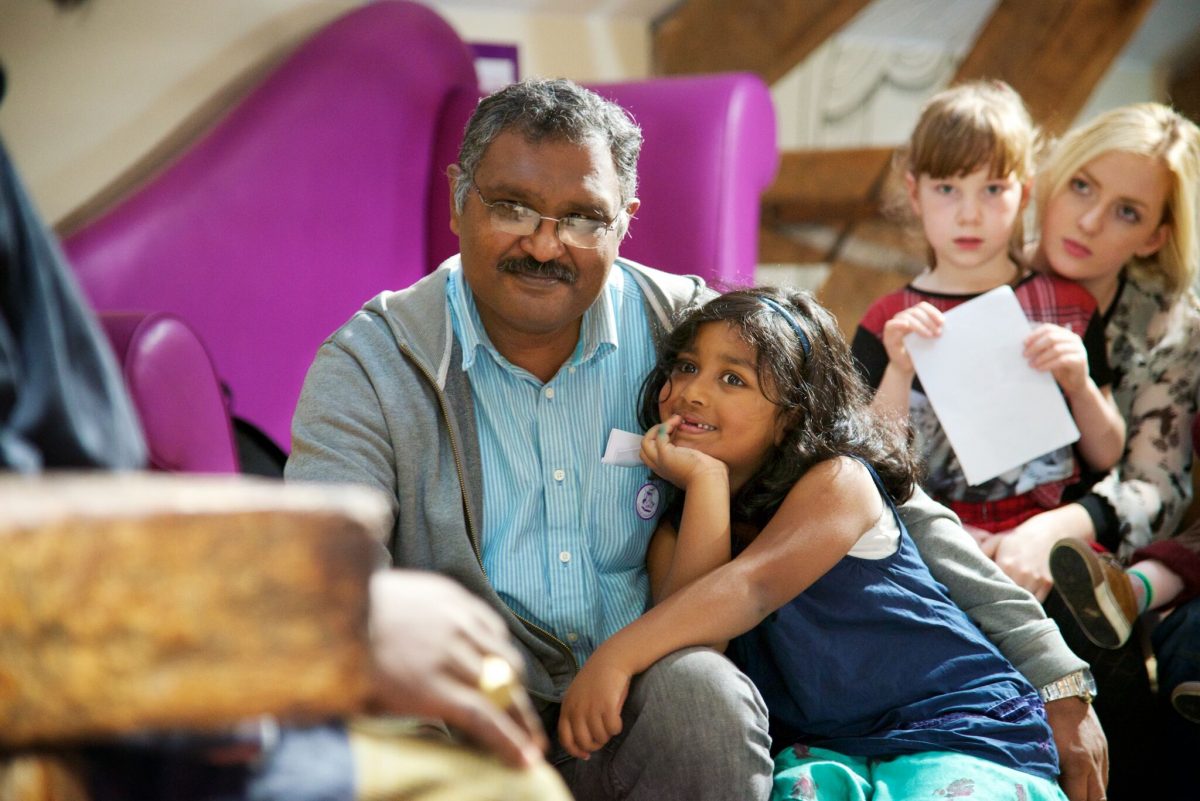 2017 marks 50 years since Newcastle University awarded Dr Martin Luther King Jr. an honorary doctorate, the only British university to do so during his lifetime. Newcastle is commemorating this throughout the autumn in a city-wide festival, Freedom City 2017. This posts looks forward to the joint events that Newcastle University and Seven Stories: The National Centre for Children’s Books are presenting as part of the festival.

On 13th November 1967, Dr King came to Newcastle to accept his award, and in a moving address spoke of “three urgent, and indeed, great, problems that we face not only in the United States of America, but all over the world, today. That is the problem of racism, the problem of poverty, and the problem of war.”

Half a century on, the Freedom City 2017 festival aims to focus on these three problems, bringing Dr King’s legacy to life for a new generation and stimulating debate.

Newcastle University and Seven Stories: The National Centre for Children’s Books are both getting involved in the commemorations, and the two organisations are collaborating to present a number of joint events.

Baroness Floella Benjamin OBE on ‘Facing Adversity with a Smile’

I can’t think of a better way to start our joint Freedom City 2017 programme, and this year’s INSIGHTS public lectures, than with the annual Fickling Lecture on Developments in Children’s Literature. Tomorrow evening, Baroness Floella Benjamin OBE will be talking about her childhood journey from Trinidad to Britain, the subject of her bestselling children’s book, Coming to England (1995).

Floella is also an actress, presenter (I have very early memories of seeing Floella on the BBC’s Play School and its successors), writer, independent producer, businesswoman and working peer. She has campaigned for 25 years on behalf of children and young people, and for diversity to be reflected in every aspect of our society.

This event is presented by Newcastle University’s School of English Literature, Language and Linguistics and Seven Stories, and is supported by David Fickling Books.

Into Crongton with Alex Wheatle

How do the Freedom City 2017 themes of war, poverty and racism play out in Crongton, where gangs rule the streets? We’ll find out…

This event is jointly hosted by Newcastle University’s School of English Literature, Language and Linguistics and Seven Stories.

Seven Stories is the National Centre for Children’s Books – how are Black, Asian and Minority Ethnic voices represented in our national story of children’s literature?

This event is jointly hosted by Newcastle University’s Institute for Social Renewal and Seven Stories.

Free admission and places are strictly limited so booking is essential. Please email me if you are interested in attending this event. http://research.ncl.ac.uk/diversevoices/

In Conversation with Catherine Johnson and Patrice Lawrence

We’re opening up the last session of the Diverse Voices symposium to a broader audience. Join us to hear authors Catherine Johnson and Patrice Lawrence talk about their work and reflect on issues around children’s literature and race.

I’ve just enjoyed reading Catherine’s The Curious Tale of the Lady Caraboo (2015), and Patrice’s first book Orangeboy (2016) was a fantastic (and deservedly award-winning) debut. They’ll be chaired by teacher Darren Chetty, who contributed to the 2016 anthology The Good Immigrant.

This event is jointly hosted by Newcastle University’s Institute for Social Renewal and Seven Stories.

What an amazing line up! I hope to see you at some of our Freedom City events this autumn.

Freedom City 2017 is a partnership between Newcastle University, Northern Roots and NewcastleGateshead Initiative. Find out more at http://freedomcity2017.com/