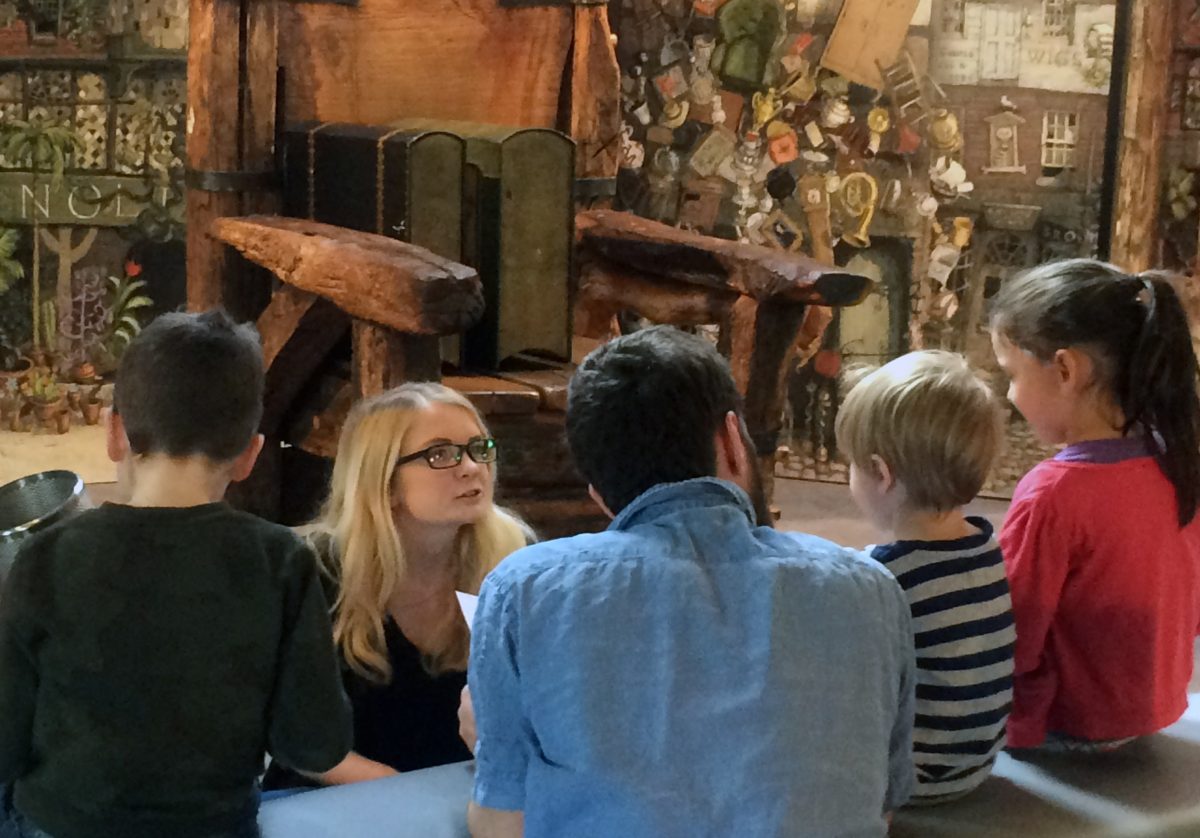 With rhythm and rhyme being a key feature of picturebooks, there’s an interesting synergy between children’s books and music. So it seemed only natural to me to explore collaborations between Seven Stories and Music at Newcastle University. Meeting with Jane Nolan, Teaching Fellow in Enterprise in the School of Arts and Cultures, her Music Enterprise third year module sounded like a perfect way to start working with Music. Jane says: ‘In music and the creative industries, students need to prepare for self-managed, freelance and portfolio careers as well as for employment, and the Music Enterprise module helps students do this through the challenging and authentic experience of creating, organising and delivering a musical event, working in small teams.’

After discussing the opportunity with Seven Stories’ Programming team, I delivered a short presentation to the Music Enterprise cohort back in October to tell them a bit more about Seven Stories, the sort of event we would be interested in, and the spaces available. And I was really pleased when a group approached me a couple of weeks later!

Amy, Lucy, Aimee-Beth and Gina were interested in hosting their event at Seven Stories because ‘we knew that they would be really supportive of our event’ (Lucy), ‘it allowed for our event to be different from typical gig nights’ (Amy) and ‘the rooms were perfect for the workshops and the final performance’ (Gina) that the group were planning.

The group came to Seven Stories to pitch their event to us before Christmas. They proposed running vocal and percussion workshops on the theme of bugs and insects. Aimee-Beth says: ‘Creepy crawlies tied in with Seven Stories’ insect theme for spring.’ Lucy adds: ‘It also meant we had a really good choice of children’s books to work with.’ It sounded really interesting, so Seven Stories gave them approval to go ahead…

Following that meeting, the group developed their workshops, planned logistics for the event and organised communications to promote Musical Creepy Crawlies. Jane says of this process: ‘Students’ reflections and feedback confirm that the experience of organising and presenting a musical event during the module enhances skills and confidence, personal resilience and professional development, and can also add to their CVs.’

On Sunday 5th March 2017, Amy, Lucy, Aimee-Beth and Gina delivered their event. Amy says: ‘I felt like overall the event ran well, even though I was a bit nervous on the day. But we had great support from Seven Stories which was a massive help.’

What did participants think? ‘From the parents’ feedback, it seemed like everyone who attended really enjoyed it,’ says Aimee-Beth. And the parents themselves told us that ‘it was very good for all young children – ours is 6 is and it was good for her age range – but little ones were enjoying it too!’ Another parent commented: ‘thank you – my son loves creepy crawlies so good topic!’

And what did the students learn from the experience? Gina and Aimee-Beth reflected on having to ‘make on the spot decisions’ as the event progressed; ‘no amount of organisation / preparation can leave you totally equipped for things.’ And Lucy and Amy both commented on ‘the importance of communication – I think this is one of of the most vital components of running a successful event and working in a team.’

Lorna Duncanson, Seven Stories’ Programming Co-ordinator, said: ‘It was lovely to have such fun and accessible musical workshops at Seven Stories!’ And from Jane’s perspective, ‘the Musical Creepy Crawlies team put a huge amount of thought, imagination and hard work into their workshop, which was clearly very much enjoyed by the children and well received by the parents. Congratulations to the team on a great event!’