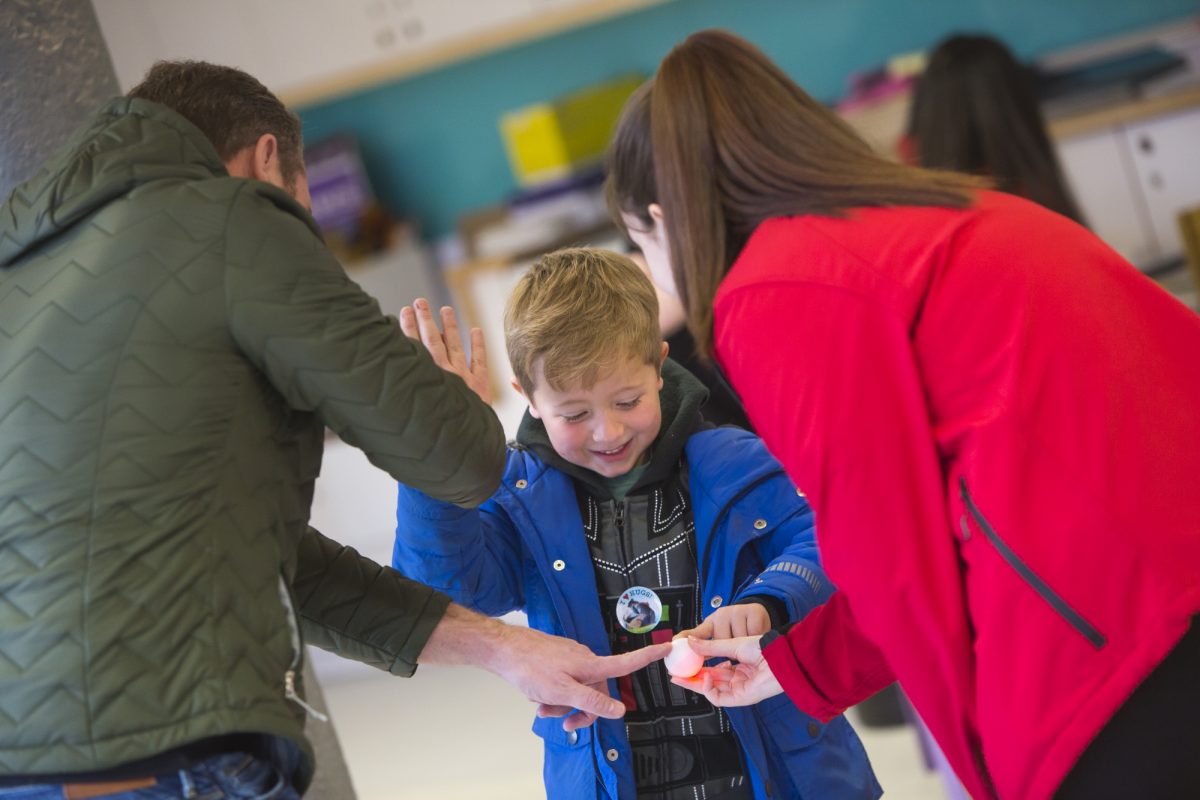 Seven Stories’ mission is to celebrate and share children’s books, and there are some amazing children’s books all about science. From books like Carnovsky and Rachel Williams’ Illuminature, where you can discover different animals using a three colour RGB lens, to books like Andrea Beaty and David Roberts’ Rosie Revere, Engineer, which comes with engineering activity kits, there are lots of titles which encourage children to think about science and provide STEM role models.

When I heard that Seven Stories were thinking about taking part in British Science Week, I recommended that they connected up with Newcastle University’s Faculty of Science, Agriculture and Engineering. What better way to explore science with our visitors than inviting some real scientists to celebrate with us?

So on Saturday 11th and Sunday 12th March 2017, the Street Science team took over the Studio at Seven Stories to celebrate British Science Week 2017. The Street Scientists are a group of current students studying STEM subjects at Newcastle University. They bring science to life using ordinary household items – bottles of water, drills, toys… even toilet seats!

Street Scientists James, Jenny, Kathryn, Nina, Pete, Jessica, Lysander, Nimarta, Phoebe and Rachel talked to our visitors and showed them lots of fun experiments. I think it’s evident from these photos how much fun the families had and how engaged even our youngest visitors were – a very happy British Science Week!