I would not normally consider the arrival of a new phone to be newsworthy.  However, this one is different – the team behind it have developed a high-performance smartphone that has sought to place social and environmental values at its core without compromising on quality. Steps take include sourcing of minerals from conflict-free mines, a worker welfare fund, social assessment of factory procedures, reducing waste in the supply chain and investing profits into the establishment of recycling fund.  I was particularly impressed by the fairphone blog (yes much more active than this one for starters) that revealed in some detail the steps taken, their successes – but was also very honest about the barriers and limits.  This transparency provided a fascinating insight into the complexity of implementing social and environmental values into global supply chains, and its honesty is refreshing.

They have now sold and shipped their first 25,000 units – and I am a proud owner of a specially marked “First Edition” phone.  Aside from my natural passion for sustainable living, this initiative seemed particularly relevant to the iBUILD Infrastructure Business Models research programme that I lead.  A core goal of iBUILD is to try and harness the social and environmental value of infrastructure.  Parts of the iBUILD programme explicitly focus on issues around the infrastructure supply chain and the interdependencies between infrastructure and the economy – that provide challenges but also opportunities.  Although the gulf between mobile phones and infrastructure may seem large, I think there is much that we can learn from the fairphone journey!

As in the UK, Australia is seeking to extract more value for each infrastructure dollar invested.  SMART have identified a number of recommendations based upon three infrastructure imperatives:

The emphasis on funding and innovation to stimulate growth is a core driver behind the CESER led iBUILD infrastructure business models project.

The full report can be downloaded from:

Professor Enda O’Connell, who leads much of the CESER research on catchment systems, discusses the need for a “portfolio of flood prevention strategies” to mitigate the risk of flooding.

The first, on Integration across government and Whole-Place Community Budgets highlights the benefits of a strong evidence base for greater integration of services – particularly at the local level. Although disappointing there is no specific mention of infrastructure the message about the importance of integration is clear.

Until we are able to apply business models that capitalise on the opportunities afforded by interdependencies and delivery of integrated services; capture the wider economic, social and environmental benefits provided by infrastructure; and balance local needs with national priorities it seems unlikely that we will deliver good value for money to the nation.  iBUILD has just begun its journey but intends to deliver alternative approaches that address these issues, and work with public, private and third sector partners to encourage their uptake. 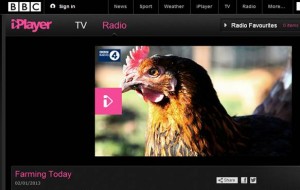 Senior Lecturer in Catchment Hydrology and CESER researcher, Dr Paul Quinn was invited to take part in a special programme for BBC Radio 4’s Farming Today on extreme weather conditions in 2012. The programme aired on Jan 2nd, and is currently available via the BBC iPlayer.

Paul was involved, alongside Farming Consultant Lindsay Hargreaves and a number of farmers from across the country, to discuss their experiences and understanding of drought and floods last year, and consider what 2013 might bring. The unusually dry winter (in England and Wales) preceding Spring 2012 led to a severe drought in the first months of the year and the resulting hosepipe ban in March. Across the border in Scotland, however, was a very different situation, with 2011 being the wettest on record for 100 years and no signs of let up into 2012, where some parts actually received less than average rainfall for the latter part of the year!

In England, the hosepipe ban became a somewhat ironic prelude to what turned out to be the wettest summer since records began, and the accompanying cold temperatures alongside the sheer amount and longevity of rainfall completely devastated crops nationwide including cereals, potatoes and fruit. Individual farmers speaking on the BBC programme reported losses of between 15% (potatoes) to 90% (apples) on the previous year, not to mention the knock-on effects of such a late, low quality harvest; namely barns full of grain blocking cattle coming in for winter and further wet/icy conditions making removal of that grain impossible.

The solution for farmers to such extreme weather (which we know under conditions of climate change will most likely increase), is better soil management, according to Paul. He explains that our soil is generally in a poor state, so does not store as much water as it used to. This is due to overuse and the fact that modern farming practices often don’t allow the soil to function properly. Paul, alongside other members of CESER and the NIReS Terrestrial Theme at Newcastle University, believe that it is possible to create a climate resilient landscape that results in positive relationships between food production, soil and water management, biodiversity and habitat protection, pollution reduction and even carbon storage. This requires collaboration between specialists in different fields (pardon the pun!), something which is being made possible through CESER and the NIReS Terrestrial Theme, and will result in more opportunities for research into catchments and landscapes with multiple functions that are more resilient to the changes in climate that we are witnessing in the UK but also globally, as described on the programme. 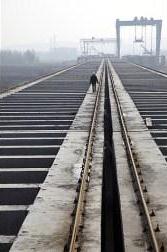 The 1200km Shahe Aqueduct in China - from the BBC website

Readers of this blog may be interested in the BBC’s Supersized Earth which you can watch on iPlayer.

The three episodes explore a few aspects of how humanity has being “redesigning” planet Earth to build the modern world.

The parallels with the philosophy behind aspects of the CESER research programme and the wider Earth Systems Engineering philosophy are extremely clear.  Although there is some amazing cinematography and the presenter covers some interesting ground I couldn’t help feeling it was a rather one sided take on the sustainability challenge – look how we’ve turned the desert into farms etc. and almost no consideration of the implications of waste, resource use, chemicals required and so on.  As anyone familiar with our research programme will know these issues are of course highly complex – but if we do not seek to communicate, understand and address them a truly sustainable future seems unlikely, regardless of our technological feats.

But please make your own mind up… 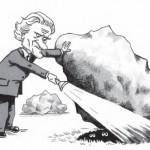