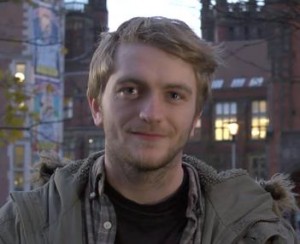 We feature clips from many enterprising people in the Enterprise Shed. We haven’t always had the opportunity to expand on their stories and how they made their ideas happen. One person featured is Jack Fisher (jackfisher.org) a Newcastle graduate who now specialises in motion-based Time-Lapse photography.

We love Jack’s work. See Newcastle in Motion for example.

Jack has always been interested in films and time lapse photography. His hobby has become his business in the last year. So how did he make it happen?

His advice is to just get out there and do it. Jack noticed that there were not many people making time lapse films in the UK and Europe. He was given a new film camera for his 21st birthday which he used to make a short film about the town he grew up in (Bath). He showed it to some city councillors who were so impressed that they commissioned a longer version which went viral. Jack has been inundated with work since then.

Jack used the Internet to research how to make these films. He says he was then in the right place at the right time, but the important things were having a go and showing people what he could do.