In 2014  University Learning, Teaching and Student Experience Committee agreed a set of principles which stated that all appropriate assessments should be submitted through Turnitin.

Now we have moved to Canvas as the Virtual Learning Environment, this has opened up some new options for online submission. Alongside the Turnitin tool it is now possible to create Canvas assignments, which offer features like double blind marking, group submission and moderated marking, whilst still using the Turnitin similarity checker.

Given the new functionality now available, this is an appropriate time to revisit the principles.  The updated Online Assignment Submission Principles were approved by University Education Committee in August 2020.

These principles are guidelines for how to get the most from submissions, advising that the Turnitin Similarity checks are carried out on Canvas and Turnitin assignments. If you allow students to submit multiple drafts they should not be allowed to see the similarity score, unless the assessment is focused on improving the students’ academic writing. Where appropriate the students’ work should be added to the Turnitin repository.

The principles recommend that Schools communicate to their students when their work is going to be put through the Turnitin similarity checker.

If you require support creating assignments, or using the marking tools, please see our list of Canvas webinars https://services.ncl.ac.uk/digitallearning/canvas/colleagues/training/

I’ve been at Newcastle for just short of five years now.  And we’re now on the third different national framework for assessing the quality of learning and teaching in English higher education since I came (back) to the University.  Not a particularly cheerful thought – I guess that (unfortunately) it’s that kind of world nowadays …

Until recently the only TLA (Three Letter Acronym) we really needed to know much about in terms of the external regulation of our learning and teaching was QAA.   Things aren’t that straightforward now, and there’s a plethora of new TLAs that form part of the new regulatory framework in England – e.g. OfS (Office for Students), CMA (Competition and Markets Authority), APP (Access and Participation Plan) and of course TEF.

For those colleagues who feel they would like or need to get a sense of how these external regulatory requirements operate, and link with each other, LTDS has published a series of short (i.e. two page) briefing notes.  You can find these on our website at https://www.ncl.ac.uk/ltds/governance/monitoring/review/.

As in the past no-one is expecting large numbers of colleagues to develop an intimate familiarity with these external requirements.  We’ll continue our approach of, wherever possible, embedding in our own University policies and processes those actions needed to meet external regulatory requirements, so that colleagues can be confident that if they follow Newcastle processes that national external regulatory requirements are being met.  The briefing notes are for those colleagues who would like to know a little more about the wider context, and how we’ve approached this as a University.

Join us on the 1st October, 1pm-2pm to  hear more about the Technology Enhanced Learning (TEL)  Roadmap. This session will be delivered by Professor Suzanne Cholerton, Pro-Vice-Chancellor, Education and is part of  an exciting programme of events in place to launch the Newcastle University Vision and Strategy.

An educational experience supported and enhanced by technology is one of the 4 key themes in the Newcastle University Education Strategy and this session will provide an opportunity for you to hear about plans  to support TEL across the University. This will involve investment to support Schools to deliver educational experiences that enable students to fulfill their potential. There will also be a chance to hear some of the great  work that is already taking place.

Sign up here where you can also view a range of the other sessions that are taking place as part of the launch event.

Colleagues working and/or interested in this area might be interested in a conference that’s taking place at Leeds University next month.  The conference title is Interdisciplinary Learning and Teaching:  Pedagogy and Practice.  The programme is available at Initial Programme IDLT 2018, and places on the conference can be booked online.

Last week we launched a University wide consultation on the draft of a new Education Strategy – further details of the Strategy are in this blog post.

We said then that we would be arranging a number of Forums to give colleagues across the University the opportunity to discuss and give feedback on the current draft.  Each of these Forum meetings will be led by Suzanne Cholerton as PVC – Learning and Teaching, and they will take place between 12:00 and 13:00 on 5, 15 and 22 March 2018.

Since September 2016 a new University education strategy has been under development to replace the University’s existing Learning, Teaching and Student Experience Strategy (which was approved in 2013).  This work has been led by Suzanne Cholerton, as PVC – Learning and Teaching, and has been carried out on the basis of a significant amount of work and consultation with colleagues across the University – including as part of the development of the new University Strategic Vision.

The consultation is open until the end of this term.  As part of this consultation the Draft Education Strategy will be discussed at Faculty Executive Boards, FLTSECs and Faculty Graduate School Committees.

We will also be running three open forums at the Newcastle campus, where colleagues can come to discuss and feedback on the Draft Education Strategy.  And we will run webinar/videoconferencing forums for all three of the University’s branch campuses, so that all members of the University have the opportunity to contribute to the consultation.  Details of these sessions and how to book on them will be published shortly.

We’re also keen to receive feedback directly from schools, subject areas and individual colleagues as well. If you want to pass on your views on the draft, please comment below this blog post or alternatively send any feedback directly via ltds@ncl.ac.uk

Contract cheating occurs when one person completes academic work, such as an essay, assignment, test or exam, for another who then submits it for academic credit. This behaviour undermines academic standards and devalues the qualifications of those who do not cheat.

In 2016, in response to serious concerns among higher education providers and from government, the Quality Assurance Agency (QAA) published a report on the growing threat of third parties helping students to cheat, known as custom essay writing services, or ‘essay mills’. Following this, QAA has now this month published guidance for students and universities on tackling this problem and promoting academic integrity in higher education. It sets out the steps that universities can take to deal with forms of contract cheating, and recommends:

Newcastle University is committed to defending academic integrity and freedom, and will be considering how best to take account of this guidance within its own policies and procedures.

The International Center for Academic Integrity has published an institutional toolkit against contract cheating that can be downloaded here.

In 2011 the University developed a statement of the Newcastle Offer.  This set out the range of opportunities that we would make available to all our undergraduate students irrespective of their programme or location of study, and in 2013 the University won the THELMA for outstanding leadership and management team for its work in developing and implementing the Newcastle Offer.

The consultation paper will go to Faculty committees over the next couple of months to get feedback from colleagues across the University, but we’re also keen to receive feedback directly from schools, subject areas and individual colleagues as well. If you want to pass on your views on the draft, please comment below this blog post or alternatively send any feedback directly to me at richard.harrison@ncl.ac.uk and the Task and Finish Group will consider what you say along with all the other feedback we get. 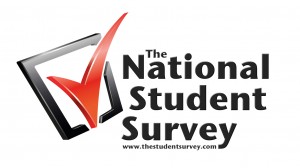 Really? Can it really be nearly that time of year again? It comes round so quickly doesn’t it?

No, not Christmas. It’s nearly National Student Survey time again. Shortly after the start of the new calendar year NSS 2016 launches – at Newcastle the Survey will launch on Monday 2 February. Sometimes it can feel as though there are some Groundhog Day elements to the NSS, but this year is different. 2016 will be the last time that NSS runs in its current format as HEFCE are planning a number of significant changes for NSS 2017.

The format of the NSS has remained pretty constant since it was launched in 2005. It surveys final year undergraduates. It uses the same 22 questions, with the addition of a question on Students’ Unions in 2012 being the only change. Such a period of calm, and lack of change, is somewhat unusual in UK higher education – and it’s about to end.

HEFCE have proposed that from NSS 2017:

Not quite all change, but if HEFCE goes ahead with these changes the NSS will look very different. I’ve uploaded a mock-up of what the new NSS 2017 would like under the proposals to highlight this, which was compiled by Corony Edwards at Exeter University (and which I’m uploading with Corony’s permission) – NSS 2017 Proposed Questions.

Of course this isn’t  fixed and agreed yet. HEFCE have been consulting on this (the consultation closed last week), and it will be a while before the final outcome and the actual content of NSS 2017 is announced. But it seems pretty clear that as with most other things relating to learning and teaching and external ‘regulation’ (TEF, quality assessment) we’re about to enter a very different world.