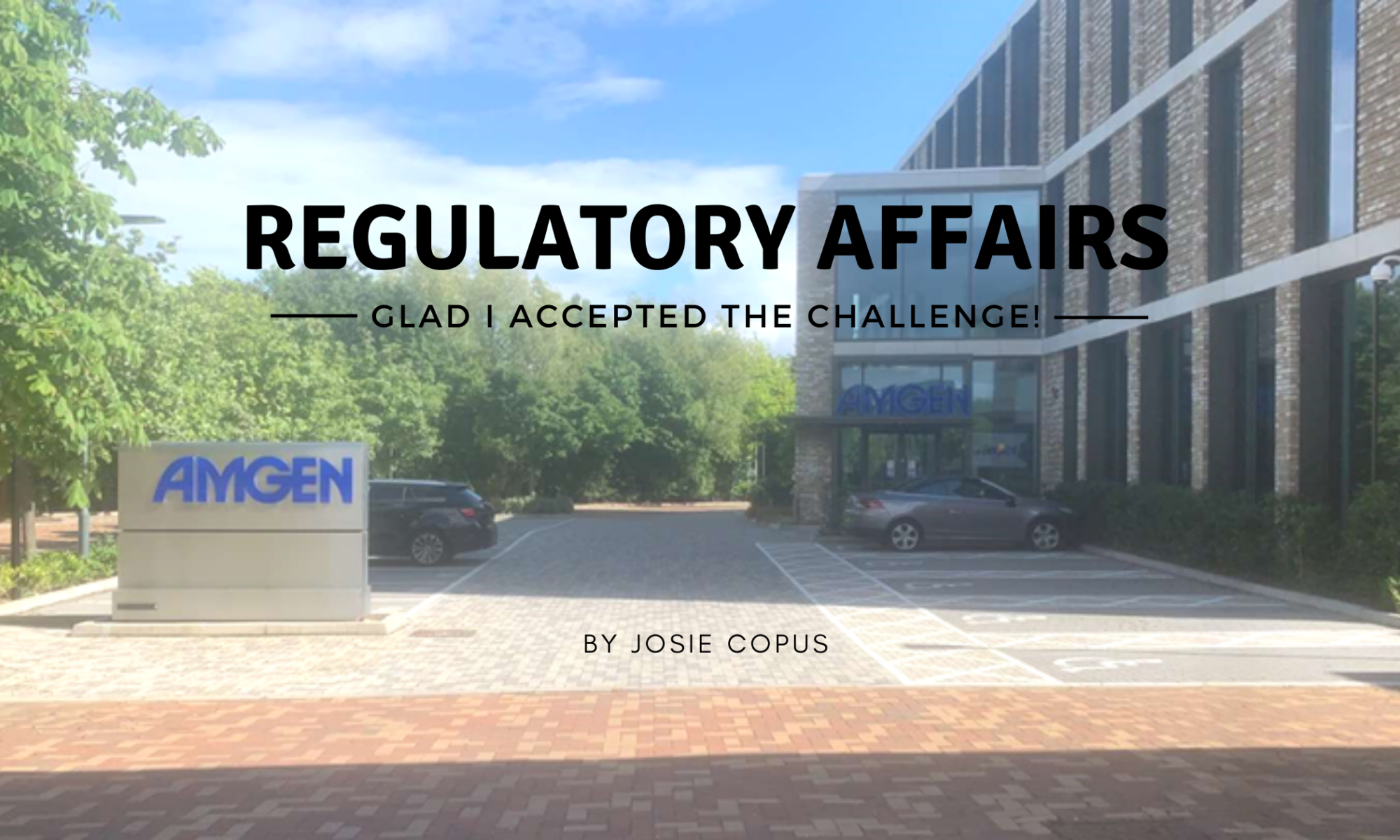 What’s the worst that could happen?

A placement in regulatory affairs? What even is ‘reg’ affairs?!

If, during stage 2 of Uni, someone told me that I was going to spend a full year working on regulatory submissions for one of the world’s leading biopharmaceutical companies, I’d have laughed. More than that- I’d have panicked! Why? Because other than it being critical in delivering drugs to patients, I didn’t have the slightest comprehension or appreciation of what regulatory affairs involved.

In fact, whilst searching for placement years, I was reluctant to apply for regulatory affairs positions – why would I apply for something I have incredibly limited knowledge about? Surely someone else would be a better candidate? I wasn’t alone in this mindset; most of my peers were similarly interested in lab-orientated roles and were intimidated by the idea of reg affairs. We were concerned that it’d be boring and deviate from science too much. As March approached, I was running out of time and started to apply for everything I could – including regulatory affairs. Much to my surprise, this was the best decision I could’ve made!

It’s OK not to know!

Preparing for my interview, I was terrified that I was kidding myself – never mind the employers! Asked to deliver a presentation about “Regulatory Affairs and its role in the drug development process”, the nerves were kicking in as the day approached. To make things worse, due to Covid, everything was online – something I wasn’t too confident about. After long nights of research and pedantically organising my slides, I had to accept I was as ready as I could’ve been.

After nervously talking through my slides, contemplating the (reasonable) questions that were thrown at me, and discussing my CV, the interview was finally over. I realised quickly that working logically through their questions and doing my thinking out loud was what they were looking for, not the “exactly right” answer. They wanted to know that I wouldn’t panic and would think about how best to solve the problems put in front of me. Questions included “if you were trying to market a drug in the EU, which authorities might be involved?” and “what is an ELISA test and why might we use this test in developing a drug?”. It was daunting, but the interviewers were friendly and reassuring, explaining that they don’t expect me to know much about reg affairs, but to give the answers a go!

A few weeks later, I received a call from Cogent skills agency, and was offered the chance to work for Amgen based at the Cambridge site, as a Chemistry Manufacturing and Control (CMC) Regulatory Affairs intern!

Due to ongoing Covid restrictions, I moved to Cambridge and lived with 5 other interns but continued to work from home. This was challenging at first, since I relied on emails and 1:1s with my manager in order to raise any queries. However, Amgen had introduced well-being policies that meant it was easy and accessible to reach out to new people; for example, the Industrial Placement Community weekly meetings, where the interns would call every Friday to have a catch up and play games. There was also a wellness day twice a year; you got the day off to develop any hobbies, interests or even spend the day outdoors!

My placement started with 3 weeks of onboarding, where I had to read Standard Operating Procedures (SOPs) that outlined how to use regulatory management software, who was responsible for which tasks, and the authoring process of regulatory submissions. At first, this seemed quite overwhelming, but I made a list of questions and went through them with my manager daily – there was always support available! We also had to deliver a presentation about a specific medicine and our departmental contribution to its development process. For example, after extensive guidance from my manager, I discussed the importance of analytical comparability for biosimilars, and how steps throughout the manufacturing process each have a set of defined and validated controls in order to ensure the quality of the product.

The work I did was extremely varied from building a date calculation tool using formulas in Excel and generating UK post-Brexit metrics for health authority review and approval times, to building renewals, annual stability reports, variations, and joining optimisation teams that help with compliance and planning requests. It was amazing how quickly I picked up the lingo and felt a part of the team. I can’t believe how far I came and how much I learned in a year. Amgen provided an incredibly varied experience that allowed me to develop a vast array of skills!

Cogent skills also provided the opportunity to complete a Graduate Output Matrix that certifies evidenced skills from your placement. These skills will help me excel in my final year of my BSc Biochemistry degree at Newcastle University. For example, experience in project management has allowed me to appreciate the importance of organisation and timely communication in order to meet deadlines and has maximised my resilience in facing problems. This will be an invaluable skill when facing my final year projects and multitasking extracurricular activities!

Eventually, as my projects increased and became more varied, it was easier to network and meet colleagues, and I spoke to people from all around the world; from the UK to Germany, and Canada to California, where headquarters were based. This was an amazing eye opener and required lots of thoughtful planning, since there was often a significant time difference!

I also visited both the new Cambridge and Uxbridge offices during the second half of my placement, allowing me to meet managers and colleagues in person.

A year later, I’ve realised that there is still so much to learn, and regulatory affairs will always keep you on your toes! A combination of thinking outside the box, complying with strict market requirements, and communicating with people from all over the world- a challenge I’d love to get stuck into again, thank you Amgen!