Professor Phil Taylor, Director and Dr Sara Walker, Associate Director of the National Centre for Energy Systems Integration have revisited the notion of the System Architect (IET 2014; Taylor 2014). How does this role need to change to reflect the ongoing evolution of the UK’s energy system? They have prepared a discussion article to articulate what this role might be and what organisation (or group of organisations) might be challenged with delivering its activities.

Professor Phil Taylor is the Director and Principal Investigator at CESI. He is an internationally leading researcher and industrial expert in energy systems, electrical distribution networks, smart grids and energy storage integration and control. He is the Siemens Professor of Energy Systems, Deputy Pro Vice Chancellor of SAgE Faculty and Head of the School of Engineering at Newcastle University.

Dr Sara Walker is an Associate Director and Co-Investigator at CESI. Her research focus is regarding renewable energy technology and transitions to low carbon systems, with a particular focus on policy and building scale solutions. She is Director of Expertise for Infrastructure at the School of Engineering at Newcastle University.

About the National Centre for Energy Systems Integration

The £20M EPSRC National Centre for Energy Systems Integration (CESI) brings together an interdisciplinary team of experts to gain a deeper understanding of the value of taking a whole systems energy approach to the energy trilemma. Led by Newcastle University, CESI is a consortium of five research intensive universities and a wide range of public and industrial sector partners.

CESI currently has over 34 industrial and government organisations collaborating with our team of academics and researchers. They provide:

Energy infrastructure is considered a critical infrastructure for the UK, vital to economic prosperity. Current and future changes to the way we use energy will increasingly impact on local and national energy infrastructure. These energy issues require long term solutions based around a systems thinking approach which is immune to short term commercial and political pressures. This is important given that investment decisions can take decades to be realised and can be locked in for the next 50 years or more.

The challenges of creating a UK energy system which meets the needs of a modern economy have led to the notion of a System Architect. The original concept was assumed to be a centralised planner role but this maybe too prescriptive. In this paper, the System Architect concept is revisited.

The authors have proposed a System Architect which takes a long term, non-political, non-commercially based view of energy industry and system strategy. The System Architect can be flexible to enable bottom up initiatives as well as top down UK system overview.

The proposed System Architect is to have a role within policy making as well as policy implementation. This raises issues of governance and transparency. There is a need to ensure that a System Architect has some accountability and legitimacy.

What is clear, arising out of consideration of the UK’s long term energy future, is that whole systems thinking is complex but it enables:

Decision making will be more complex, however, needing an interdisciplinary approach and greater co-ordination. It also means that leaving things to the market is difficult.

However, the benefits of a System Architect approach which embraces whole systems thinking have a value to the sector as we move forward. These benefits include:

Without the role, we risk a fragmented, costly and ultimately ineffective energy system which fails to deliver a low-carbon modern energy system to UK industry and society.

The authors look forward to your views on their vision of the System Architect role, so please do not hesitate to contact us with your thoughts.

Taylor, P. 2014. ‘We need an independent architect to redesign the UK energy industry’, The Guardian.

Do we need to continue to open new coal mines to meet our energy needs? Can a whole systems perspective help the UK to meet its obligations to reduce carbon emissions and also ensure a secure energy supply?

Professor Phil Taylor discusses his input to the Department of Communities and Local Government (DCLG) planning debate about the need for a new open cast mine proposed near Druridge Bay in Northumberland. 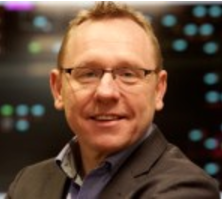 Do we need to continue to open new coal mines to meet our energy needs? Can a whole systems perspective help the UK to meet its obligations to reduce carbon emissions and also ensure a secure energy supply?

In November 2015 the UK Government laid out plans for all coal-fired power stations to be phased out by 2025 at the latest.  As coal is the most polluting of the UK’s energy sources, including gas, and in light of the Paris Agreement under which the UK and other countries have agreed to undertake rapid reductions carbon emissions, coal is simply uneconomic as a fuel. In order to eliminate carbon emissions, energy companies urgently need to replace coal with cleaner energy sources.

Given this need to replace coal as a fuel, it is worrying that a new large opencast mine has been proposed near Druridge Bay in Northumberland.  The justification for opening the mine is that the coal extracted would be used to fuel power stations – maintaining the UK’s further reliance on coal as a fuel source.

During the public inquiry which began May 2017, HJ Banks & Co Ltd, the proposed developer of the site, argued that coal fired power stations are essential for the security of the UK’s energy supply.  Their expert witness argued that if coal fired power stations are phased out, a significant number of new gas fired power stations would be required, providing 7GW of gas generation. Other cleaner sources of energy cannot be relied upon as a consistent source of energy.  Wind power, for example, provides an intermittent source of energy as the wind does not always blow, and so wind turbines cannot be relied upon to satisfy the UK’s energy needs.  Similarly the sun does not always shine, so photovoltaic systems will not generate sufficient energy.  For these reasons, opening the new mine would be an important step in ensuring that the UK maintains good supply of coal for its power stations.

This siloed approach does not take into account the reality of the energy mix. There is no single source of fuel that provides the energy to satisfy the whole of the UK’s energy requirements.  The Department for Business, Energy and Industrial Strategy (BEIS) collate data on the UK’s electricity generation mix which are updated each quarter. These most recent figures were released in June 2017.  These show that compared with a year ago, gas generated energy increased by 3% to 40%, nuclear energy increased by 0.1% (19%) and renewables (wind and solar, hydro and bioenergy) increased 1% to 27%.  During the same period, the proportion of energy generated from coal fell by 5% to 11%.  These figures show coal is declining in importance and that we have many options to replace it.  However, it is just as important to consider flexibility in the energy system as a means of phasing out coal.  This flexibility can help us deal with peaks in demand and variability in the output of renewable energy sources.  This flexibility can be provided by a mixture of energy storage, demand side response (DSR) and interconnectors [i].

It is essential to take a whole systems approach when considering the UK’s energy mix. In order for the UK to meet the climate change commitments of the Paris Agreement, it needs to continue to phase out its coal fired power stations.  This would be possible by increasing the utilisation of existing gas facilities plus a small increase in capacity in power from gas; and combining this with power produced from renewables such as wind, biomass and PV.

We can use a variety of technologies at a variety of scales to store energy when we have more than is needed, or when there is too much for network cables to carry. This energy can then be used at a time when it’s needed.

Britain also imports energy, via physical links known as interconnectors.  At present, the British energy market has 4GW of interconnector capacity.  The UK energy regulator, Ofgem, forecasts that planned projects will mean that this capacity will increase to 7.3GW by 2021.  In addition, the electricity required could be managed through Demand Side Response (DSR), where consumers are given incentives to reduce their energy demand by reducing usage or turning off non-essential items when there is a peak in electricity demand [ii].

The increase in interconnector capacity, energy storage and DSR will help to balance supply and demand on the electricity grid, reducing the need to build new power stations.  An additional benefit of decarbonising our energy system more rapidly is that this offers the opportunity to also decarbonise our transport and heat sectors.

Professor Phil Taylor presented this argument at the Public Inquiry into the proposed open cast mine at Highthorn, Northumberland.  His argument represents one of the many decisions we could make to keep the lights on and is an example of the ways we can apply whole systems thinking to energy.   Professor Taylor appeared as an expert witness to the Inquiry for Friends of the Earth on a pro bono basis.  The outcome of the public inquiry is expected in autumn 2017.