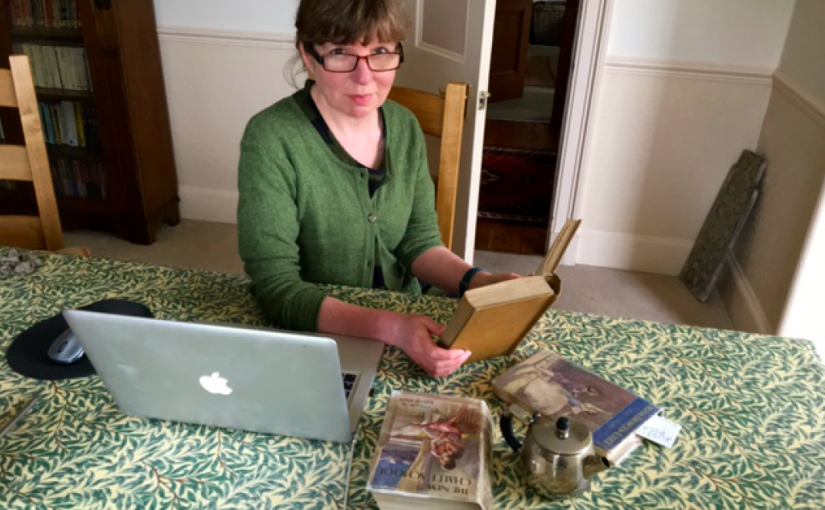 When I was studying for my first degree in the 1980s, I knew just one person with a computer, a final-year PhD student. Unlike the rest of us (lecturers included) who were still wedded to paper and pen – he was able to commit his wise analysis of the works of Christina Rossetti straight onto hard disk.

Today, of course, it’s a very different story: looking round the seminar room, the majority of students are tapping away on tablets or laptops, with only the occasional diehard making use of an actual paper notebook as opposed to a computerised one.

The MLitt in Children’s Literature, for which I’m studying as a mature student, is a research degree, largely involving one-to-one study and working on research essays with a supervisor. But learning about research methods is a requirement of the course, so we are obliged to study a module with the students who are undertaking the MA in English Literature – hence being in the seminar room with other postgraduates.

Learning about various aspects of research – such as how to formulate a dissertation topic and how to go about doing it – is obviously useful in itself, but for me, as a mature student, the best thing about doing this module has been the opportunity to meet other postgraduates on a sustained basis. This has been good socially – I was hugely heartened after the first seminar to be invited for a drink with a couple of other mature students – but also academically. As the first year has progressed, the MA group has coalesced into a largely friendly peer-support network, setting up a Facebook group to answer each other’s last-minute panics and queries, and regularly meeting up in person to share works-in-progress, or just to let off steam.

Being an MLitt student, I’m in an insider-outsider position with this group, especially as I’m still based at home in Scotland most of time. But I’ve appreciated the opportunities (in class and out) to discuss ideas, talk about dissertation or essay intentions, and get input and fresh ideas from people with very different research interests to me (artificial intelligence, post 9/11 fiction, and digital apps, to name but a few). It’s also been rather nice to get the odd invitation via Facebook to student house parties – not something I thought would be happening at the age of 50.

Widespread use of mobile devices (my laptop seems practically archaic by contrast), and social media apart, the actual process of academic study and research has also undergone a technological revolution in the last 30 years. I remember learning to use microfiche to read archived copies of newspapers, and very fiddly it was too, but that was as good as it got; e-readers were the stuff of Tomorrow’s World, and journals and books were shelved on, well, actual shelves. Thinking about it, it’s absolutely amazing today to be able to gain access to such tremendous amounts of information without even having to make a physical trip to the library – in effect, you have a library in your hands.

Then again, sometimes the old ways can have benefits: just as attending the research methods seminars has led to valuable social and academic relationships, actually visiting the library can bring its own advantages. This was brought home to me in one of the earlier seminars, which included teaching about the university’s special collections and took place in the library itself. Sitting waiting for class to start, I idly turned over a letter that had been left on the table in front of me.

Indeed it was. This was one a number of objects that library staff had strewn about to entice us – others included material from the Bloodaxe archive, and (most excitingly for me) an early edition of one of my favourite books, Elinor M. Brent-Dyer’s The School at the Chalet. Lifting it up, feeling its heft, and smelling its smell, I felt a connection that stretched back to the first half of the last century – even the fastest broadband can’t beat that. 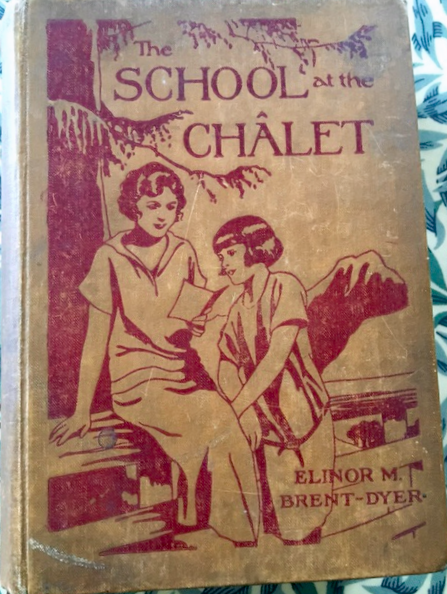