Dr Francesca Tancini is a Marie Skłodowska-Curie Fellow at Newcastle University,  Seven Stories: The National Centre for Children’s Books and the Victoria and Albert Museum, working on PiCoBoo, a project on 19th century European colour picturebooks.  Here, Francesca recounts her visit to the 2019 Bologna Children’s Book Fair, comparing it to her visits there as a child growing up in Bologna and as a young illustrator.

The beginning of April saw spring arrive in Italy, and, with it, the Bologna Children’s Book Fair. Last week marked the 56th year of the fair with over 250 conferences and workshops and almost 1,500 exhibitors spread over 6 pavilions …  comfy shoes were a must!

The sheer size of the Fair can be overwhelming and you can easily find yourself wandering about and feeling a little lost. But if you take the time to carefully study the Fair’s programme in advance and plot your course, you’ll be in for a real treat and have a golden opportunity to discover the latest trends in children’s illustration and publishing. The Bologna Children’s Book Fair is the world’s most important and prestigious book fair for children’s book publishing. The Book Fair’s BolognaRagazzi Awards are considered among the most important international prizes in children’s publishing.

I was born in Bologna, and so the Fair has always been an integral part of my life (and has probably contributed to the factors that made me, today, a researcher in children’s book illustration). My mum, a school teacher, would take me there as a child. At that time, teachers were considered as ‘workers in the sector’ and would be given discounted tickets. With hundreds of other children, I flocked to my favourite illustrators, clamouring for book signings and sketches. I browsed new books in arcane languages, and hoped that I might be able to take one home, as a souvenir to treasure from a magical day out at the Fair.

When I grew up, I was an illustrator and comic artist, and, for a little while, I was one of the young illustrators at the fair, big black portfolio folder in arm, going from publisher to publisher to show my work.

For me, and many of my generation, the Fair was a wide window onto yet unknown worlds of possibilities. We also thought it a symbol of hope: for some, at least, making a living out of children’s books was a reality.

However, for a long time after my early visits to the Fair, that window closed. Children were – and still are – banned from the Fair.  ‘Visitors must be over 18 to enter the fair,’ the website warns, betraying the wishes of intellectuals such as Gianni Rodari, who thought the Fair should be open to children as well, and, in fact, are the Fair’s true audience.* The definition of ‘workers in the sector’ was reduced to publishers and literary agents.

A reminder that the Fair was, and still is, the place for the book business. Not for the books’ child readers.

The Fair now again admits some members of the public, although the ‘workers in the sector’ category does not extend to school-teachers, booksellers, librarians and academics (which means full price tickets for us). While children cannot attend, the Bologna city council launched BOOM! Crescere nei libri in 2017, offering children and their families a wide programme of exhibitions, meetings, workshops, readings and performances in the city centre during and after the Fair.

Although of course the core economic focus of the Fair remains the purchase and exchange of foreign publishing rights, business takes place in stalls decorated as secret gardens and pleasure islands… this is a children’s book fair after all.

The Fair also has a big focus on young illustrators.  In 2017, an Illustrators Survival Corner was set up, where young illustrators can come and take part in workshops (from storyboard to published book; secrets of creativity; publication process; material and contents in non-fiction visual narratives; publishers’ contracts), portfolio reviews (how to make a portfolio more effective), consult well-established illustrators and artists (e.g. Beatrice Alemagna, Emiliano Ponzi, Johanna Schaible, Chih-Yuan Chen, Lorenzo Mattotti, Christopher Myers and Kestutis Kasparavicius) and, this year, remember those in the illustrators’ community who have recently died (The BCBF had memorials for Grazia Nidasio (1931-2018), Tomi Ungerer* (1931-2019), Livio Sossi (1951-2019)).

The Fair is widening its horizons to acknowledge children’s publishing trends. The BolognaRagazzi Awards now include Digital Awards and an award for best Toddler book. Silent books (also known as wordless picturebooks) have been exhibited in recent years and from next year, comic books will be among the categories to be separately considered and awarded.

But, for me, and many others, the Illustrators Exhibition remains the main point of attraction.

Since 1967, Bologna Children’s Book Fair has been offering illustrators from all over the world the chance to showcase their work to an international audience of professionals and peers.

This year, the Illustrators’ Exhibition selected work by 76 illustrators from almost 3,000 artists from 62 countries.

In the opening mall, five long showcase tables unroll the work of the selected artists. For sure, from this stage they will be successfully projected into the world of professional illustration, if they are not there already.

For those whose work was not selected for exhibition and aspiring to join the selected in the coming years, an Illustrators’ Wall (or, rather, something of a maze of walls) is available to pin business cards and presentations, hang illustrations and draw sketches.

To learn more about the history of the Bologna Children Book Fair, some knowledge of Italian is required (William Grandi, La vetrina magica. 50 anni di BolognaRagazzi Awards, editori e libri per l’infanzia, Pisa 2015), but Shirley Hugues does provide a small account of it in A life drawing. Recollections of an illustrator (London 2002).

*Gianni Rodari (1920-1980) was an innovative children’s writing and the first Italian recipient of the Hans Christian Anderson Award in 1970. The 2020 Bologna Children’s Book Fair will be celebrating the centenary of Rodari’s birth.

*You can read a tribute to Tomi Ungerer on the blog here. 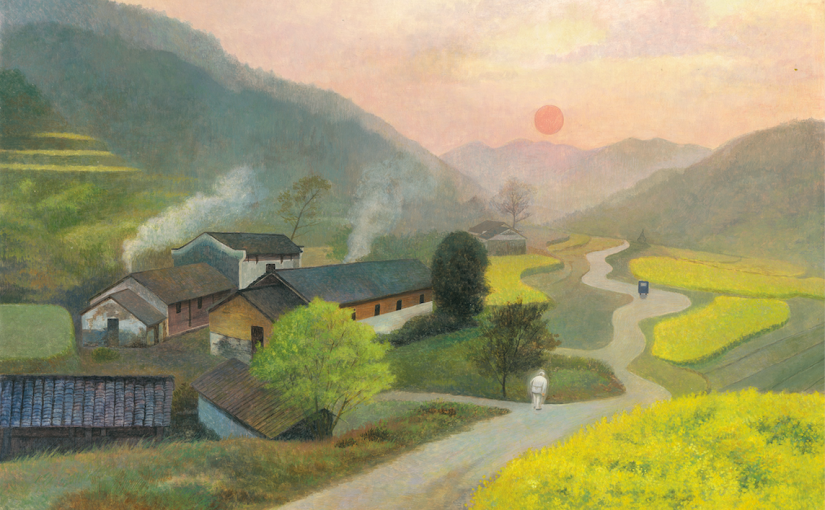 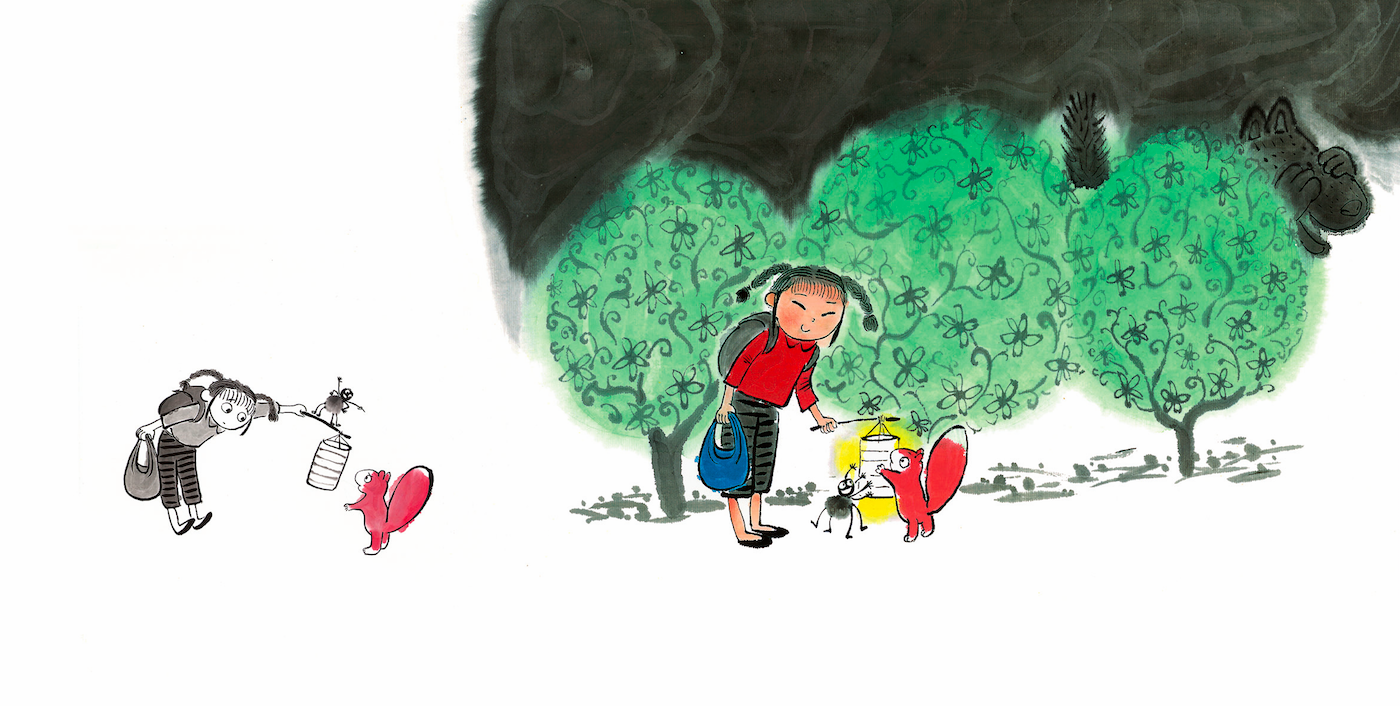 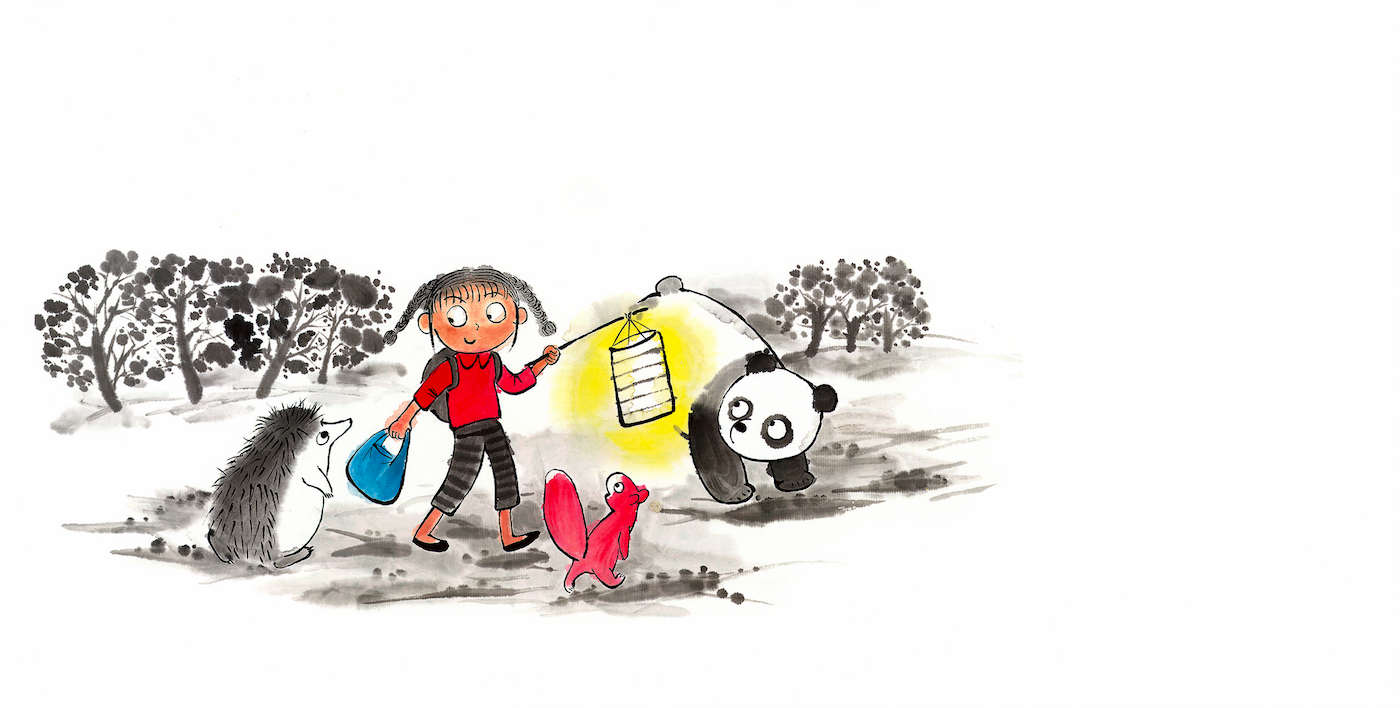 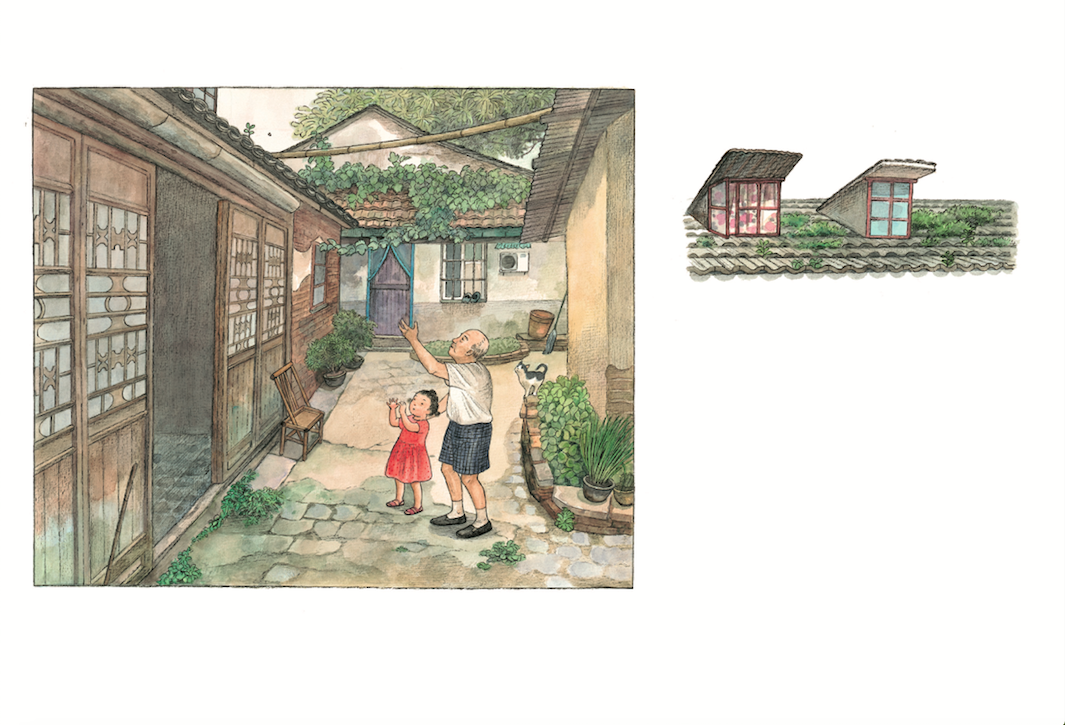 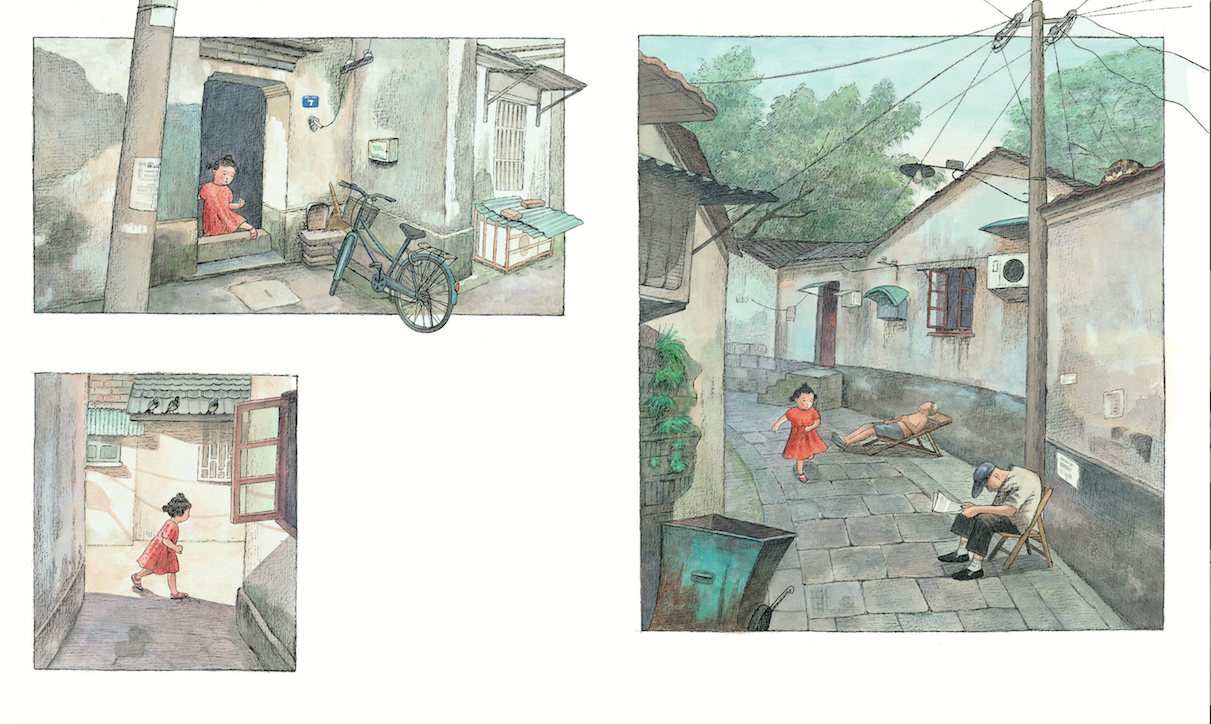 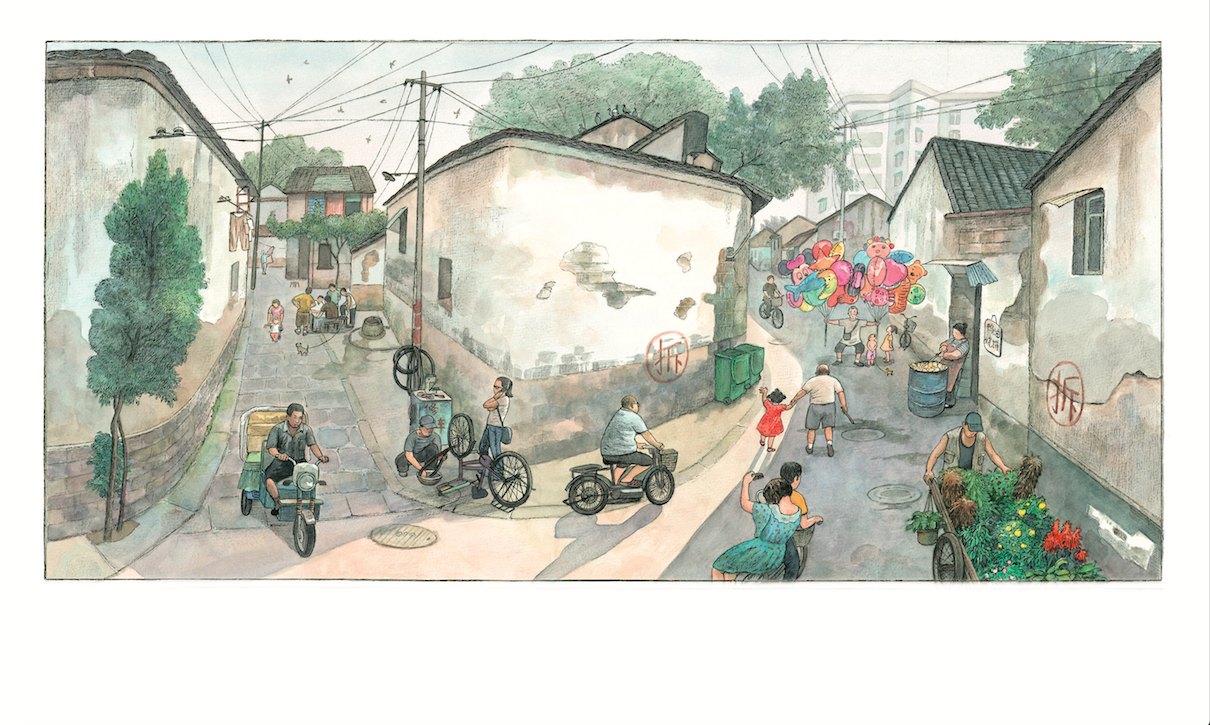 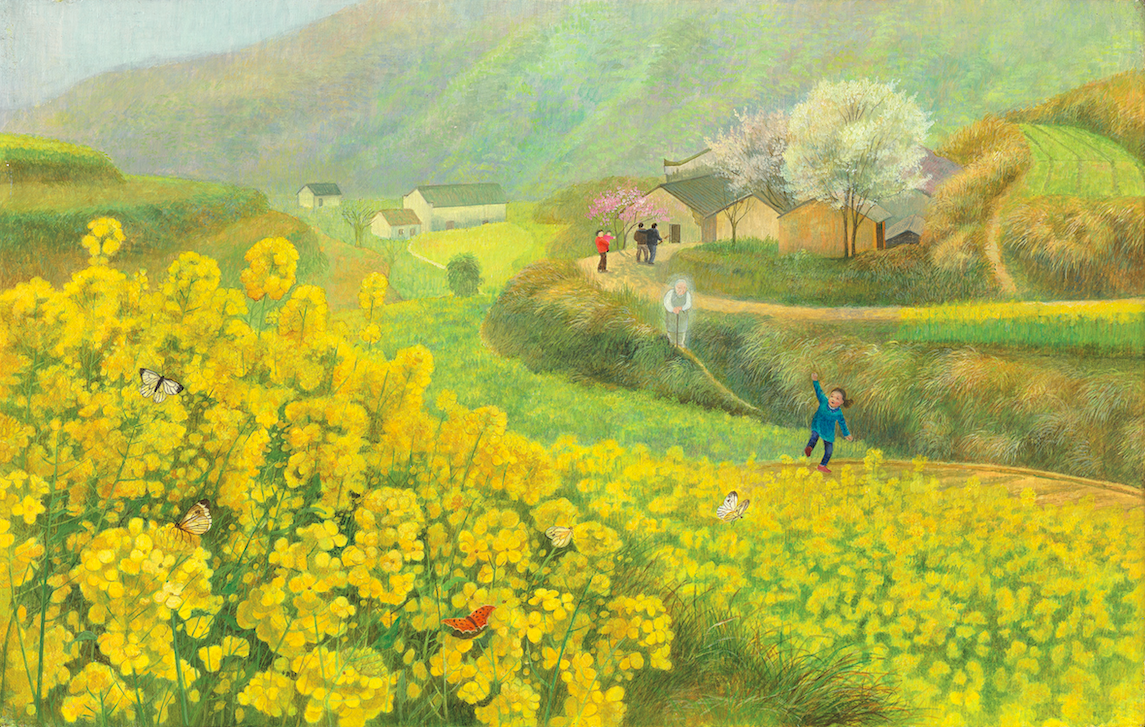