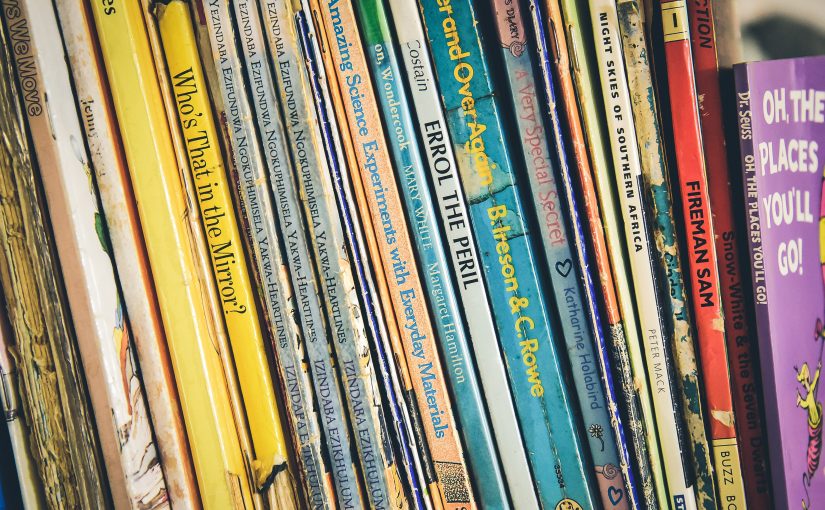 MA student Megan Ayres on her experiences in the children’s publishing industry.

It could just be me, but I feel like a career in publishing is synonymous with images of manuscripts & proof copies strewn artistically across desks, as a dedicated editor sifts and read their way through it to find the Next Big Thing that will catapult an otherwise unknown author into notoriety. Just think of the happy accident that sparked the cultural revolution that is Harry Potter. Romantic, I know, but these were images clouding my idea about how my career was going to go after I finished my undergraduate degree in 2016.

Publishing is actually a super competitive commercial business with commercial aims and attitudes. So, it’s not really a surprise that most of it is centred in London. Yet through research and sheer refusal to live there I landed a job in a publishing house in the Midlands. I moved away from my family ready to enter the book industry working in the production department of a, predominantly, children’s book publishing company, working to coordinate the manufacturing process of books.

Firstly, I’d like to stress the difference between trade and mass market literature, since I wasn’t myself aware of it when I started. Mass market companies cater to consumer demand – their main clientele will be retailers like supermarkets, places that can sell book products inexpensively. They may even have a contract with specific brands, designing and producing material on behalf of them, or taking existing designs and facilitating the production. So, the mass market publisher will work with the client in mind, kind of like a takeaway – the restaurant only produces the food that the customers order. It can be good and bad – more fast-paced but if the customer wants something culturally out of date (pink/ballerinas/fairies for girls, blue/superheroes/trucks for boys) you produce it.

The ties that trade publishing has to consumer demand is perhaps less simplistic and explicit, even though it’s still there masked under an ethos of independence and forward-thinking-ness. This is ‘traditional’ publishing. To get a sense of that, think of all the books Waterstones sells and the sense of prestige that comes with being ‘well read’. (What does that even mean anyway??)

I worked in the former environment helping produce mass market books, and I acted as a liaison and coordinator for the manufacturing of said books. But these weren’t simple books, they had bells & whistles: sound modules, stationary, puppets, stickers… massive books, tiny books, books that didn’t even look like books. It was all very adventurous, which I think is the glory of the mass market – you’re so tied to attracting customers that you’re constantly working to get that wow-factor. But it means you need the right people – ones who can source weird components, printers that can produce large quantities, and so on – all at a cheap price.

My role involved communicating with international suppliers to negotiate delays, quality issues, schedules, and the like. It really built my capacity to talk professionally, forge bonds with people on the other side of the world and be firm. It took a lot of self-organisation and problem-solving: risk assessing products for children comes with a whole health & safety side that you probably wouldn’t realise.

Publishing houses are multifaceted but working in production means you get to be the spider at the centre of the web. I worked directly with the editorial department to discuss design & technical issues; for me, resolving these issues was always the most gratifying. You could have a really tricky, horrible specification for production but when the book would come in (and we were always the first to see it!) getting the final product in your hands and being able to take it to the editorial team to show it off was always a real score.

I also worked with the sales team, which gave me a nice foundation of marketing & selling knowledge. It was often a slight battle: they had a tricky job with the customer on the other end of the line asking for quicker schedules & lower costs – yet better quality – which obviously wouldn’t always be possible on our side of things. But to be honest I always found it kind of fun – it would keep the day fresh and it was worth it for those moments when you could pull it out the bag for them.

Working in production means getting to be around and work with a lot of people, which I think is one of the most important skills you can have. I also got to work with the operations and shipping teams, because in order to get to shops they’ve got to sail for weeks on the sea first! That comes with its own set of requirements about quantities, pallets, and packing – all of it burned into my brain. I got to produce some things for really big brands and seeing them in shops was always a bit of a smug moment. It’s weird seeing something in the real world and knowing you had a hand in it, even a hand no-one really thinks that much about.

Ultimately, coming back to university for my Masters has been the right choice for me, no doubt, but I’m deeply appreciative of the experience I’ve had. It’s improved my outlook and way of thinking about work; I have more confidence in myself. It gave me the buzz I needed to choose to come back for my Masters and to focus specifically on children’s literature. I realised how integral the actual process of publication is in impacting the books that are available to children, especially how tied to trend and consumer demand they are. I always thought of publishing as very forward thinking, but there’s a lot more to it than that. This really sparked my academic interest and reignited that sense of intrigue, not just for publishing but for literature in general. Books have such a complicated and multifaceted role within the cultural space. More generally, being in employment full time improved my initiative and work ethic, which is important for postgraduate study!

For anyone trying to get into publishing, I would say to look outside the box a bit; look at the roles in production, sales, design, & operations. They each play to different strengths and can be really rewarding. Editorial is awesome, no denying, but there are loads of roles out there –  it’s brilliant for anyone who loves fast-paced and innovative environments.