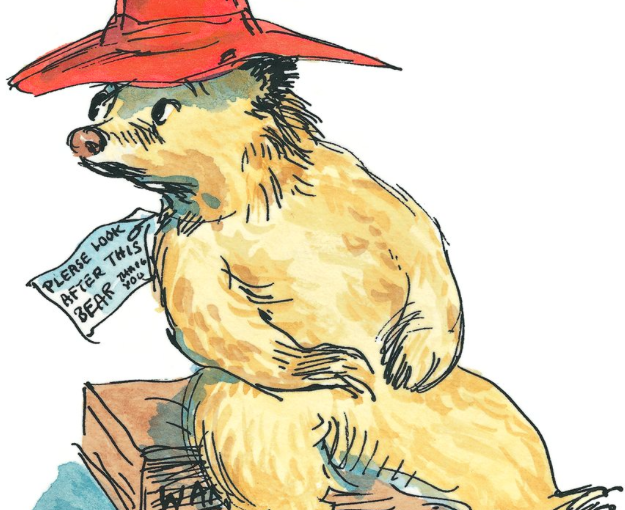 In a week where issues around immigration and borders are so high up the news agenda, our guest speaker’s talk on Paddington Bear could scarcely have been more timely.

CLUGG is the acronym for the Children’s Literature Unit Graduate Group, and meets around once a fortnight during term-time. It’s a space where postgraduates and staff can discuss and get feedback on work-in-progress or share interesting research or ideas; it’s also an opportunity for exchanging knowledge and learning from other disciplines and organisations.

On 26 January, Dr Kyle Grayson, a senior lecturer in international politics at the University of Newcastle, who specialises in popular culture and world politics, visited CLUGG to present some of his research on liberalism and the foreign subject in Michael Bond’s A Bear Called Paddington.

It was fascinating from a children’s literature perspective to hear how a scholar from another discipline – politics – approached and analysed this classic British children’s book which tells the story of a marmalade-loving bear from ‘Darkest Peru’ who settles in London.

Kyle explained that he’d first become drawn to the text when he was reading it to his daughter, and its relevance to world politics leapt out at him. He shared a little of his thinking around how Paddington, as an immigrant in a supposedly liberal society, illustrates the tensions and ambivalence in such a society, as well as the precarious position the ‘different’ or ‘other’ character finds himself in. As Kyle said, you don’t get much more ‘other’ than a bear.

He spoke about how Paddington got his name – from the railway station where he met the Browns, who took him home to live with them – because his Peruvian name would be too difficult to understand (an experience that will be familiar to many from non-Anglophone cultures) and explored the challenges faced by Paddington in settling in to a strange land.

In the discussion that followed the interesting presentation, topics ranged from the recent Paddington film – which most of us felt heavily underlined the political messages that were perhaps more subtly dealt with in the book – to the importance of remembering that Paddington, as a child and a refugee, should have had rights rather than having to rely on the Brown family’s good will.

Inevitably, however, the discussion turned to the relevance of Paddington to the current geopolitical situation and West’s response to the refugee crisis caused by conflict in Syria and elsewhere. This led to people sharing ideas about how children’s literature can and does reflect and potentially influence attitudes and values around such issues.

We also discussed other books written for children that involve borders, whether they be between countries or, indeed, between ‘real’ and other worlds.

Thanks to Kyle for coming along to CLUGG and sharing his thoughts – and listening to patiently to ours – and we hope to see him again.