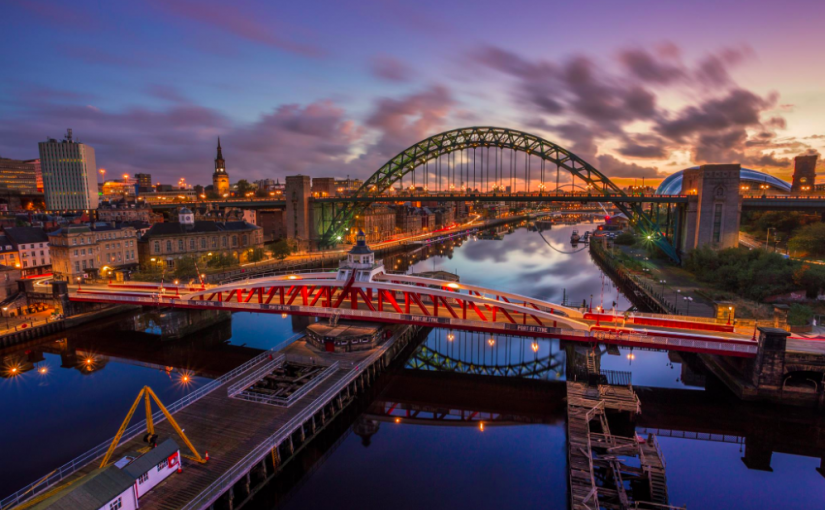 As part of Being Human Festival: From Source to Sea, Seven Stories, in association with Newcastle University, is hosting several free events. Read on for details and come along! 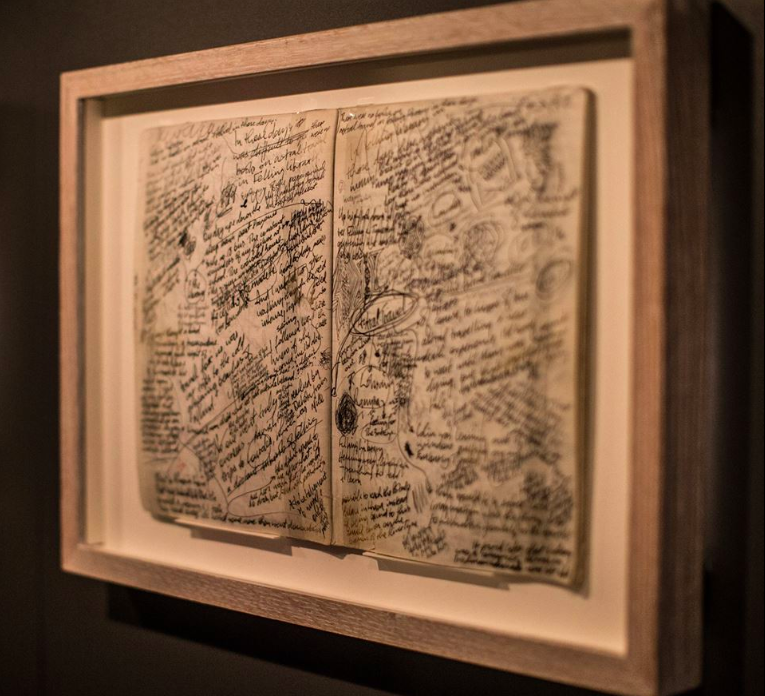 Once upon a Tyne

Inspired by the Tyne and the rivers, seas and oceans that feature within the Seven Stories Collection, explore manuscripts from authors including David Almond and Robert Westall, and artwork from illustrators including Polly Dunbar.

Session lasts 60 mins and is suitable for everyone interested in children’s literature. Tickets are free and can be found here. No visitor admission is required. 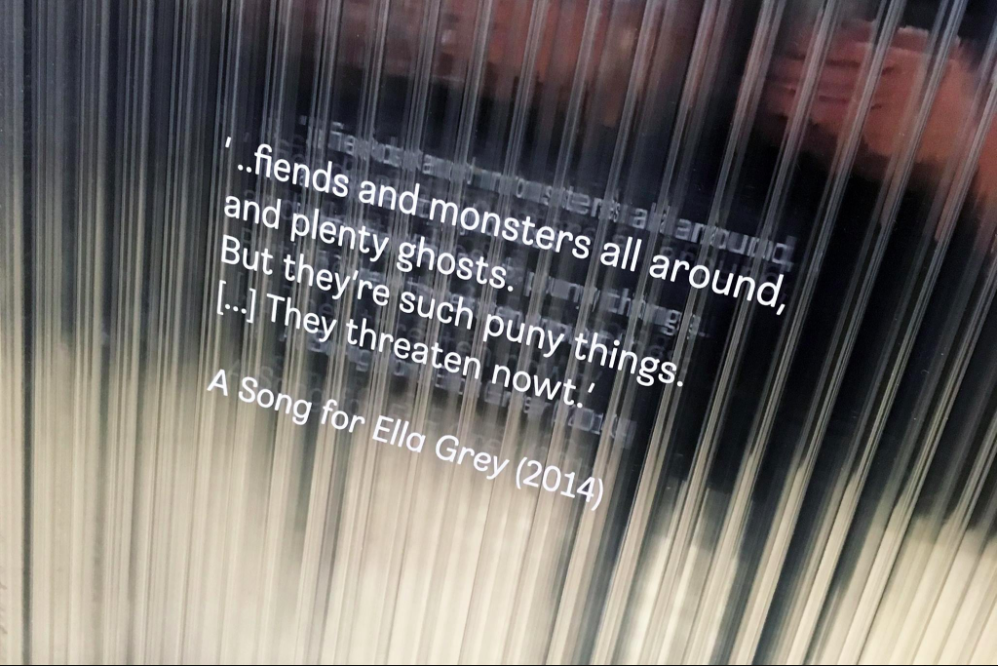 ‘Writing will be like a journey, every word a footstep that takes me further into undiscovered land.’ David Almond, My Name is Mina.

Through a series of creative exercises you will start your own story inspired the work of celebrated North-East writer David Almond. Learn how to convey a sense of place in your writing and incorporate elements of memory, history, magic and transformation.

Session lasts 2 hours and is suitable for adults. Tickets are free and can be found here. No visitor admission is required.

Tales of the Tyne

As the mines closed and the shipyards fell silent, the North East saw the end of a long and vibrant tradition. Where next for the communities who had grown up with the old industries woven into the fabric of their lives? David Almond’s wild and beautiful stories explore the end of the old North East, and the possibilities for new beginnings.

Join Dr Lucy Pearson from Newcastle University’s Children’s Literature Unit for a talk on how David imagines these endings and beginnings, followed by a tour of our Where Your Wings Were exhibition focussed on David’s work.

Session lasts 60 mins and is suitable for young adults and adults. Tickets are free and can be found here. No visitor admission is required.

Find out more about the Festival over on the Vital North blog. 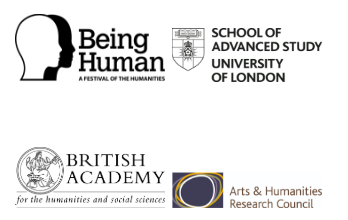 ‘People call me fish boy. My skin goes up and down like the waves. My mind goes in and out like the sea. They say I’ve always got my mouth open, that I ask too many questions. But what’s wrong with that?’

Heading to the Newcastle University main campus, it was impossible to miss the spectacular display in the window of nearby Blackwell’s bookshop: rows of Fish Boy, the first novel by local author Chloe Daykin, nestled beneath a watery blue banner featuring illustrations from the book.

This was rather apt because Chloe herself had agreed to come along that day (16 March) to talk to members of the university’s Children’s Literature Unit Graduate Group (CLUGG) to share her experiences about writing and publishing what is being hailed as one of the hottest children’s books to come out this year.

It was great to welcome Chloe, who already felt almost like a colleague because she is a Newcastle alumna, having graduated with distinction an MA in creative writing. She spoke to us about why she decided to be a writer (sitting on the sofa contemplating life after having children, she thought that writing was something she’d like to do) and how she went about it. Her approach was part chutzpah – for example, she had plays put on at Newcastle’s Live Theatre and Northern Stage, and The Traverse in Edinburgh as a direct result of emailing or calling and offering her work – and part sheer hard graft, and being prepared to pick herself up and start again when things didn’t go brilliantly first time round.

In a way, Chloe’s journey to become a published writer sounded like a seamless fairytale: she quickly found a literary agent, for example, and had publishers competing to win the chance to have her first book. But she also generously shared with us some of the hurdles she had to cross, including the very lovely problem of having to decide which flattering publishing deal to accept. Chloe also discussed how the MA had helped, particularly in teaching her about the craft and structure of different forms of writing.

Fish Boy has now been published by Faber Children’s, and a very beautiful job they’ve made of it too, partly due to the exquisite illustrations by Richard Jones. The story of Billy, a young boy who is having a hard time in life – his mum is ill, and he’s being bullied at school – it tells how his world changes when he is swimming in the sea and is addressed by a talking mackerel. His subsequent adventures are a mixture of working class family and school life, and a world of magical realism, where normal rules don’t apply. Billy himself is an enchanting character, obsessed in equal measure by swimming, and by David Attenborough (who has apparently been sent a copy of the book; verdict as yet unknown!). The book has already been reviewed very positively, with verdicts including words such as ‘magical’, ‘original’ and ‘uplifting’ and Chloe has been hailed as an imaginative and accomplished new voice.

One of the great delights about Fish Boy is its grounding in the North East – Chloe is very clear that it is set here, and there are nice touches such as including local landmarks like the Merz Barn Wall.

With great good nature, Chloe submitted to some grilling from CLUGG members about her literary influences and the reasons behind particular choices – why a mackerel, for example, and why did it speak Hungarian? We also spent some time jokingly debating what language the fish would speak if the book was translated into Hungarian in the future.

Chloe is now working on her second novel, which will also be published by Faber. It would be great to see her back at CLUGG when it comes out, if not before.

CLUGG is a group that meets several times a term, with a varied programme that includes staff and postgraduates sharing ideas, research and work-in-progress, as well as visits from others with an interest in children’s literature. Read about our guest speaker on Paddington Bear and learn more about Children’s Literature at Newcastle University.