We were extremely grateful to the Senhouse Roman Museum for their hospitality and patience as they hosted a visit from us last week.

The Museum has a great location, with fine views over the Solway Firth – it holds examples of altars, monuments and sculptures most of which come from the Roman fort and settlement at Maryport.  (A bonus in the summer months the modest entrance fee includes a tour of the excavations).

Our mission was to interview the site director Tony Wilmott, capture pictures and record students at work in the Roman Temple Project Excavation.  Our crack Digital Media Team:  Kevin, Stephen and Helen got to work identifying good filming locations and setting up equipment.

Lunch time gave a chance to meet some of the team of archaeologists, many of whom are Newcastle University students.  We noted considerable trade in cake from the Museum shop.  Clearly cake is as important as sunscreen on site!

Then, a short walk from the museum to the site, to a crafty viewpoint on top of the excavation mound to view the activity at work.  Ian  skilfully summaried the work to camera before the team were let loose with hand held cameras to film students close up. 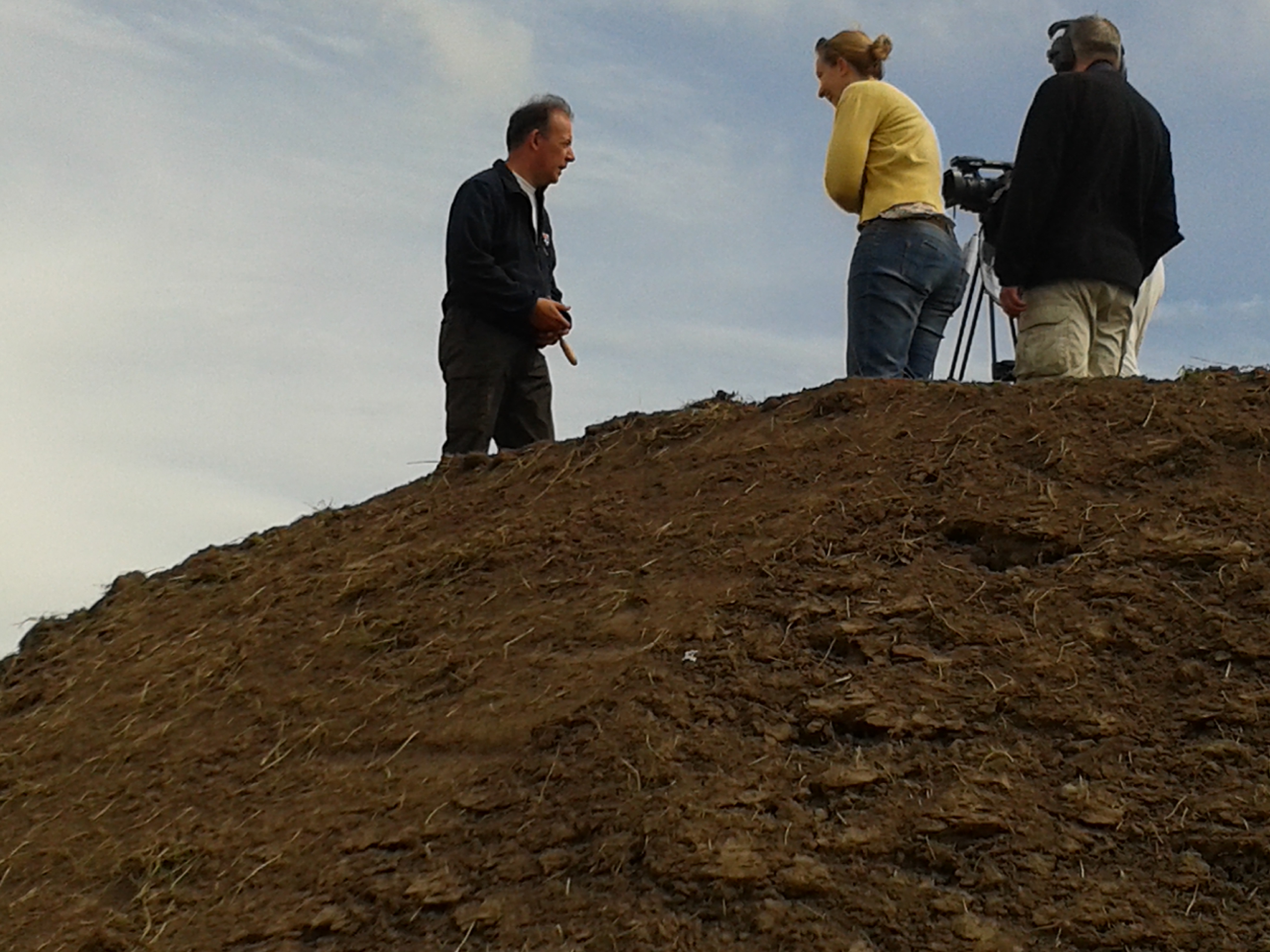 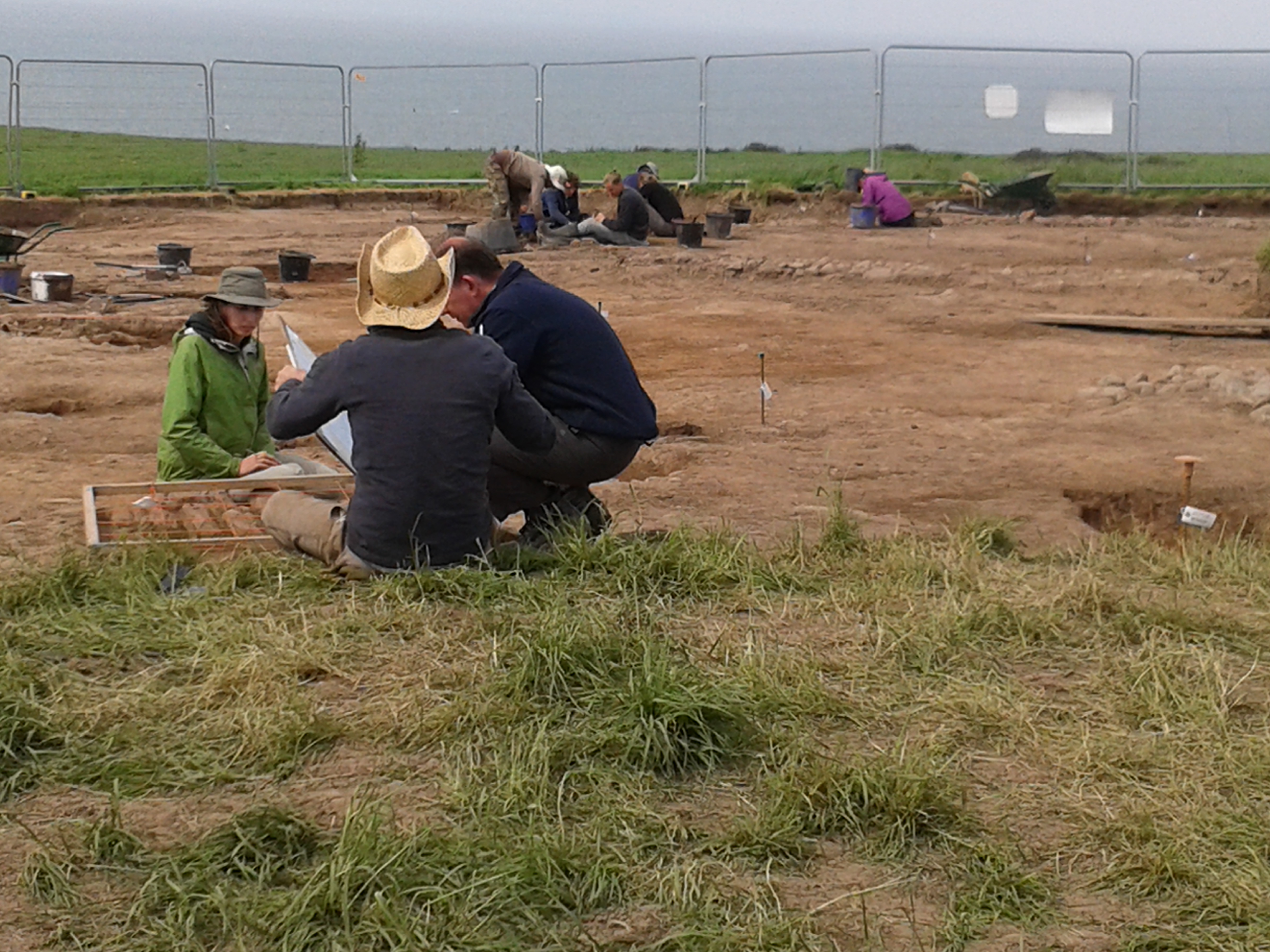 You’ll be able to spot the footage in Hadrian’s Wall: Life on the Roman Frontier when it starts on 22 September.  Look out for it when we consider frontier communities, ritual and religion.