After much plotting and planning we’re pleased to announce that we will be digging again this Easter!

Even as we write Nigel, Liz and the gang in Somerset are working to re-survey our target excavation area.

In the meantime James G is on research leave and hopes that be before we return to Somerset the 2013 post-excavation assessment will be completed. Work is also progressing on the 2014 post-excavation assessment and just this morning Don O’Meara was finalising the report on the iron working slag. Apparently we have evidence from Barrow for medieval smithing (the working of iron, but not its production from iron ores).

In other news the paper James, Liz and Ali wrote on greenwaste and archaeological geophysics has been accepted for publication by the top geophysics journal Archaeological Prospection. Once it’s published we’ll add a link to the article.

The project would like to say a big thank you to the Medieval Settlement Research Group. The MSRG have just awarded us a small grant towards the geophysical survey of the deserted medieval settlement of Barrow.

The geophysics team have completed two further fields called Danscombe and Ten Acres. Both of these fields contain geophysical anomalies that are likely to be archaeological. One of the most interesting discoveries is a sinuous anomaly that is probably an ancient stream channel that would have fed into Balls Water (or Welham’s Brook). Geophysics of Ten Acres. The features in this field may well be Romano-British © Geoflo and The Lufton Project Geophysics of Danscmobe. The sinuous anomaly is likely to be an ancient stream channel © Geoflo and The Lufton Project

Geoflo and SSARG are busy extending the geophysical survey. The ‘Any Other Duties’ clause is in full effect here as Nigel rolls a hay bale out of the way before surveying. Meanwhile James is writing funding applications for next year’s excavations…

We’re pleased to say that Nigel, Neil, Doug and some other SSARG members have just started to extend our geophysical survey. This is a piece of work we’ve been meaning to do since 2012 and will give us a much greater coverage of the landscape to the south west of the villa.

Updates to follow – so keep an eye on the blog!

The work is partially funded by the Aston Fund of the Somerset Archaeological and Natural History Society.

The Newcastle part of the excavation team met today for a briefing about the dig. We had a good think about where we’re going to put this year’s trenches (and why!).

We’ve also also just taken delivery of a Bartington MS3 magnetic susceptibility meter, which we hope to use on site. ‘Mag sus’ meters are used to detect burning and other human activities that change the magnetic properties of a deposit.

James and Andy also did a bit of refresher training on Newcastle’s Geoscan RM15 resistivity meter. We hope to do some resistivity survey that will complement our magnetometer surveys in the field.

There’s a lot going on behind the scenes in the North East. The devil’s in the detail! 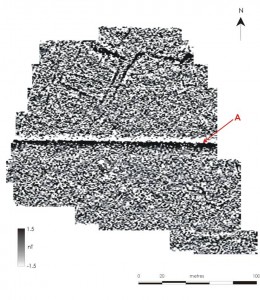 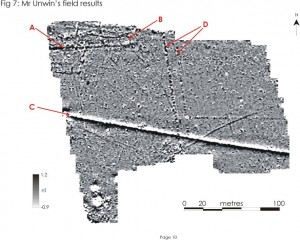 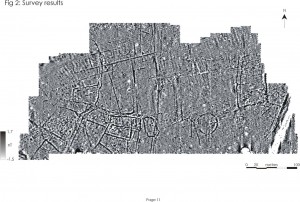 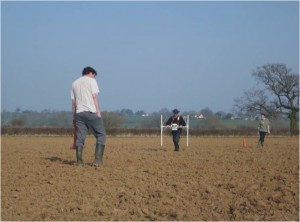 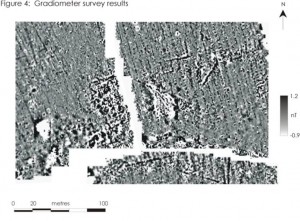 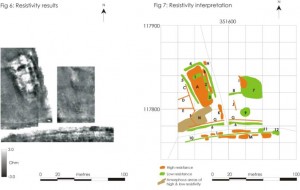