Women make, and have made, vital contributions to science.  This is a statement that should not need to be said, but too often women have not received the credit they deserve.

This year to highlight the achievements of Women in Science we ran a blog competition in the School of Biomedical Sciences.  The challenge was to write a blog to highlight the contribution women have made to science.

The 2019 winner was Lilla Marshall (2nd year pharmacology), receiving £50. The close runner up was Caitlin Cosimini (Stage 3 Biomedical Sciences), congratulation to both, here is Lillia’s blog.

Historically, science has been dominated by men. Since the year 2000, only 12.7% of Nobel Prizes for Physiology and Medicine have been awarded to women.

I wasn’t the best in my stats module last semester, but even I can see the problem there. Even in popular culture, if you asked the general public to name as many female scientists as they could – the majority would say Marie Curie and “that lady who had her work on DNA stolen” (meaning Rosalind Franklin).

To try to counter this, I gave myself a challenge for International Women’s Day to learn the stories of three new women and how they played a role in science – big or small. A challenge to learn about the adversity that they faced, and hopefully have these stories inspire me in my work to overcome the obstacles in my own life, science-related or not.

Maud Menten
The first lady that I learned about on my quest was Maud Menten. I was very surprised to discover that she existed, I was already aware of the Michaelis-Menten equation (one of the best-known models of enzyme kinetics). However, I’d always assumed that Michaelis and Menten were just two old, white guys, as usual.

Born in Ontario in 1879, Menten studied Physiology at the University of Toronto, before risking everything and heading to Germany to work with the other half of the legendary equation – Michaelis. Michaelis was not employed at the time, so Menten had to work at a local hospital to pay the bills. This, obviously, required her to know German. However, a master of not only biochemistry, but linguistics as well – this proved no trouble for Menten, who knew six languages by the end of her life.

Her work wasn’t limited to the Michaelis-Menten equation, she was also credited as being the first person to separate proteins using gel electrophoresis. For those who aren’t in the know, this is an absolutely essential technique that is used very frequently in a lab environment for all sorts of different experiments.

Upon her death in 1960, Nature (one of the most respected scientific journals in the game) published a short obituary in her memory. “She will long be remembered by her associates for her keen mind, for a certain dignity of manner, for unobtrusive modesty, for her wit, and above all for her enthusiasm for research.” She has definitely left her mark on the scientific community.

She was born in Egypt and moved to the UK when she was four years old. She was a huge Labour supporter and her husband was an influential member of the Communist Party. While not a politician herself, she had a huge impact on British politics. So much so, that during one Prime Minister’s reign, a picture of Hodgkin was on the walls of 10 Downing Street. That PM was the Iron Lady, herself, Margaret Thatcher.

Thatcher had been an undergraduate student of Hodgkin and often credited her as being one of her biggest inspirations. It’s said that it was the awarding of Hodgkin with a Nobel Prize which inspired Thatcher to fight for what she believed in. Despite their political disagreements, Hodgkin and Thatcher were good friends and Thatcher often sought out her old teacher for advice.

Lynn Conway
I didn’t just want to discuss the classic biomedical scientist in this post. I figured I would give some very brief mention to another kind of scientist. Lynn Conway is a computer scientist who is credited with the development of “generalised dynamic instruction handling”, which is a technique which can increase the speed of computer processing.

After suffering from gender dysphoria at a young age, Conway lost everything when she transitioned from “male” to female. Due to laws at the time (1968), she lost custody of her children when her relationship with her wife ended and she was fired from her job at IBM.

It would’ve been easy to give up, but Conway decided to simply start from the beginning. She moved somewhere new, changed her name and kept her transgender status a secret. It wasn’t until 1999 (nearly 30 years later!!) that she revealed this part of her life to close friends. She has won a large number of awards and recognition, since, including awards for her contributions to computer science and for her activism and inspiration in general, towards the LGBT community.

I understand that these tales were very brief, so feel free to learn more about these women on your own. Or, better yet, set yourself your own challenge to find out about three more scientists who have overcame adversity to get to where they are. Researching these women made me feel empowered. I hope you can recreate that feeling for yourself. 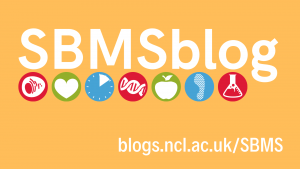