On Wednesday 8th of May, our weekly CLUGG session had a dramatic twist – that evening a group of us had booked to see Sabrina Mahfouz’s stage adaptation of Noughts and Crosses performing at The Northern Stage.

Based on the first book of the bestselling Young Adult dystopian series by Malorie Blackman, Noughts and Crosses makes for an intensely emotional play. With particularly talented performances from Heather Agyepong, refreshingly energetic as Sephy, brought realism to the stage, and Lisa Howard, whose highly empathetic performance as Meggie, Callum and Jude’s mum stole the show; the emotional impact was close to that of Blackman’s novel. Yet, ultimately, it was hampered by the odd pacing of the character development, understandable given the mean task of condensing a complex 440-page novel into a two-hour play; and at times, painful over-acting from some of the performers.

The story is set around two star-crossed teenagers, Callum and Sephy, who are at opposite ends of the spectrum in a society actively segregated by race with Sephy being a privileged Cross and Callum being a disadvantaged Nought. The parallels between how this dystopian society deals with race cast a harsh light on the way in which racism is historically and currently ingrained in modern society with the dystopian twist being that it is people of colour, Crosses, who are privileged over white people, Noughts.

As the story progresses, we see these racial political tensions interfere with the lives of Sephy and Callum increasingly as their stories and that of their families become intertwined. Dealing with a broad range of controversial and sensitive issues, this story is one that doesn’t hold back any punches when tackling sensitive questions and, sadly, remains as relevant now as it did when it was originally written by Blackman in 2001. For instance, a poignant part of the play involves a Nought, a white character, being injured by people protesting the desegregation of a local Cross school which clearly alludes to the 1954 Little Rock desegregation following Brown vs Board. In the play, there is then a quip about the colour of the plaster on the Nought’s face not matching her skin colour and how this is another example of Cross privilege. This issue was brought to media attention in the real world just recently at the end of April when the press picked up on a viral tweet made by Dr Dominique Apollon about his emotion on finding a plaster that matched the colour of his skin for the first time in 45 years. (1)

Clearly then, making connections between the racial segregation in the dystopian world of Noughts and Crosses and the racial injustices present in our world is a priority for Mahfouz. Yet, despite the self-professed want to attract young adult audiences, the play remains heavily intertwined with the curriculum in its promotion. (2) The play comes with its own teaching resource pack produced by Pilot Theatre which features interviews with the cast, pre-show workshop ideas, and video recordings of the play’s key scenes. Most notably, however, is its section on ‘Why Stage Noughts and Crosses Today?’ – a video of teenagers discussing their thoughts on that very question which makes for thought-provoking consideration on the play’s importance and impact. (3) Scholars in the field of children’s literature will be all-too-aware of this difficult balance between didacticism and entertainment that guides most of the creative work aimed at young people. Is the resource pack, marked for teacher and classroom use, really necessary to this play?

Perhaps instead, general discussion questions echoing those sometimes found in the back of YA novels would have been a better compromise and ultimately, more useful and accessible to the intended audience of young adults.

In an interview with the Guardian, Sabrina Mahfouz said that she wanted Noughts and Crosses to show ‘how oppressive systems can destroy and determine people’s lives from a young age. In some cases, they’re powerless, in others they’re able to take back the power and make some change, but it’s not without a huge amount of sacrifice and pain’. (4) While Noughts and Crosses was a step in this direction, it didn’t feel like it managed to get all the way there with the pacing of the character development feeling off-centre and, consequently, undermining this message. Yet, it is an optimistic start. By adapting a story as powerful as Blackman’s into a memorable piece of theatre aimed at young adults, Mahfouz’s contribution to the future of YA literature being performed on stage is commendable, even if it falls short of achieving her ambitions. As for the Noughts and Crosses novel, a BBC TV adaptation has been in the works since 2018 with the rumoured release date due to be sometime this year. (5) It will be a six-part miniseries with each episode having a running time of one hour – this should provide ample time for a more satisfying character development that is missing from the play. In the meantime, the iconic YA series will be going back on my ‘to-be-reread’ list, and if it isn’t on yours already, I highly recommend it. 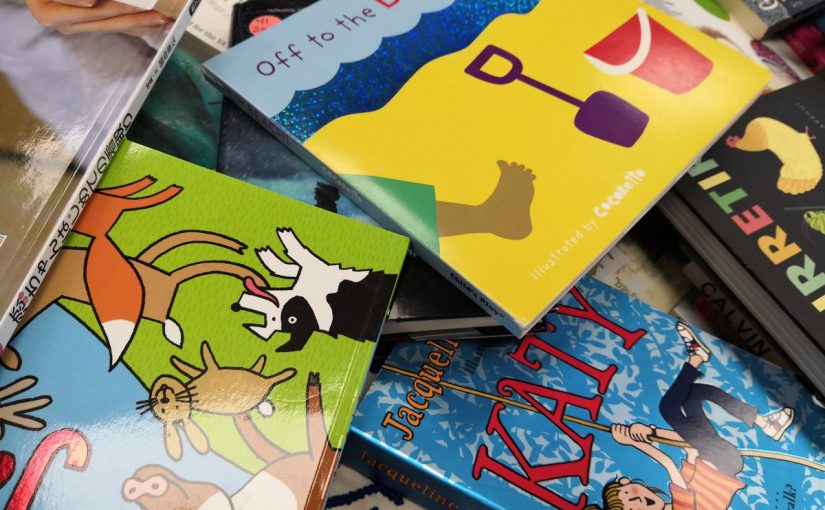 The Children’s Literature Unit Graduate Group (CLUGG) holds weekly 2-hour meetings where members pick a relevant theme to discuss together, allowing us as researchers to broaden our academic interests, learn from one other and engage more widely with the Children’s Literature academic community. By posting about our previous sessions, we hope to give you an idea of some of the research interests of CLUGG members, as well as the work that they are currently undertaking.

In this blog post, MLitt Student Enya-Marie Clay looks back on the first few CLUGG sessions of Semester 2. Further posts about CLUGG sessions will feature on the blog in the future, as and when members can contribute, so please bookmark the blog if you’re interested in future updates relevant to all things Children’s Literature at Newcastle University.

This prompted discussions surrounding key critical questions of the field such as:

We also discussed how Hollindale’s work sits within the broader landscape of scholarship by thinking about how it compares with the prominence of Jaqueline Rose’s work. This led to comparisons with non-British theorists within children’s literature, such as Perry Nodelman, and an exploration of how different social and geographical contexts affect the prominence of different works. In doing this, we also discussed which texts stand out as seminal reading and how these texts connect with the development of children’s literature as a discipline.

We ended the session by planning Semester 2 CLUGG meetings with the view to increasing the variety of activities and interests, such as student presentations and primary texts, and to move towards more student-led sessions now that the academic year is more established.

In this session we welcomed Rachel Pattinson, the Vital North Partnership Manager, who kindly brought along books from the IBBY UK Selection of Outstanding Books for Young People with Disabilities (2017) from Seven Stories.

We spent the session exploring the books and discussing their features. We were all struck by the importance of communal reading as a theme across the books, with many encouraging collaborative reading between the reader and child, such as Morgh-e Sork-e Pa Kootah (The Little Red Hen), which Rachel and Helen read together using the step-by-step guide to unfold the tactile story.

With the collection featuring books in over 40 languages from a variety of countries, we also had the opportunity to discuss how the books reflected their cultures of origin and how this compares with our understanding of children’s literature as British scholars. Yasuhiro Hunimori’s Ren-chan hajimete no mitori: Obaachan no shi to mukiau (Good-bye great grand-ma: A young girl’s first encounter with end-of-life care-giving), an incredibly moving photographic picture book with realistic photos of death, is a good of example of this, as we considered such stark images to be unusual in British children’s literature. This prompted conversation around how representations of trauma in children’s literature vary greatly across cultures and how this can reflect distinct attitudes to children and childhood.

The collection also features portrayals of disability (category 3), a notable example being a graphic novel titled El Deafo (2014) by Cece Bell. It was interesting how this novel transformed the bullying taunt ‘deafo’ into a superhero persona (hence the novel’s title), and thus showed a young protagonist celebrating their own disability. We discussed the novel’s use of speech bubbles, in which the text fades or disappears entirely to reflect the protagonist’s hearing loss, and how these effectively communicated the main character’s disability in a way that was accessible to readers who may not have experienced hearing impairment.

More details about the collection can be found on the IBBY website.

This week’s session centred around an article provided by doctoral candidate Rebecca Jane titled ‘“Away with dark shadders!” Juvenile Detection Versus Juvenile Crime in The Boy Detective; or, The Crimes of London. A Romance of Modern Times’ written by Lucy Andrew. We used the article to discuss ideas surrounding penny dreadfuls, such as their use in juvenile court cases as Andrew discusses and how their depiction of violence differed in comparison to other periodicals of the time, such as The Boy’s Own Paper.

This led to discussions on ideas from Michel Foucault’s Discipline and Punish, such as how lurid descriptions and publicisation of a trial or a punishment can serve as a way of making the public an agent of control. We discussed this in the context of how violence was written about in the 19th century and then thought about how a degree of ‘acceptable’ criminality in the upholding of justice seemed to be a trope of the detective genre more generally.

We then discussed Andrew’s take on class and power tensions in The Boy Detective and explored the idea that penny dreadfuls could be a way of upholding conservatism through subversion; in other words, they can act as an abstract platform to explore ideas of criminality which exhausts the desire for this exploration in real life.

The latter part of the session then looked at ideas about radicalism in children’s literature and how different parenting styles globally can affect childhood experiences and the way that we ultimately come to research children’s literature. This led us to talk about attachment theory, the sacralisation of the mother/child relationship and how children’s literature traditionally reinforces this, and the adult fear of the loss of control over children as they mature. Through considering this, we recognised how our understanding of a text’s intended reader is socially constructed depending on context and how this must be considered when discussing texts.