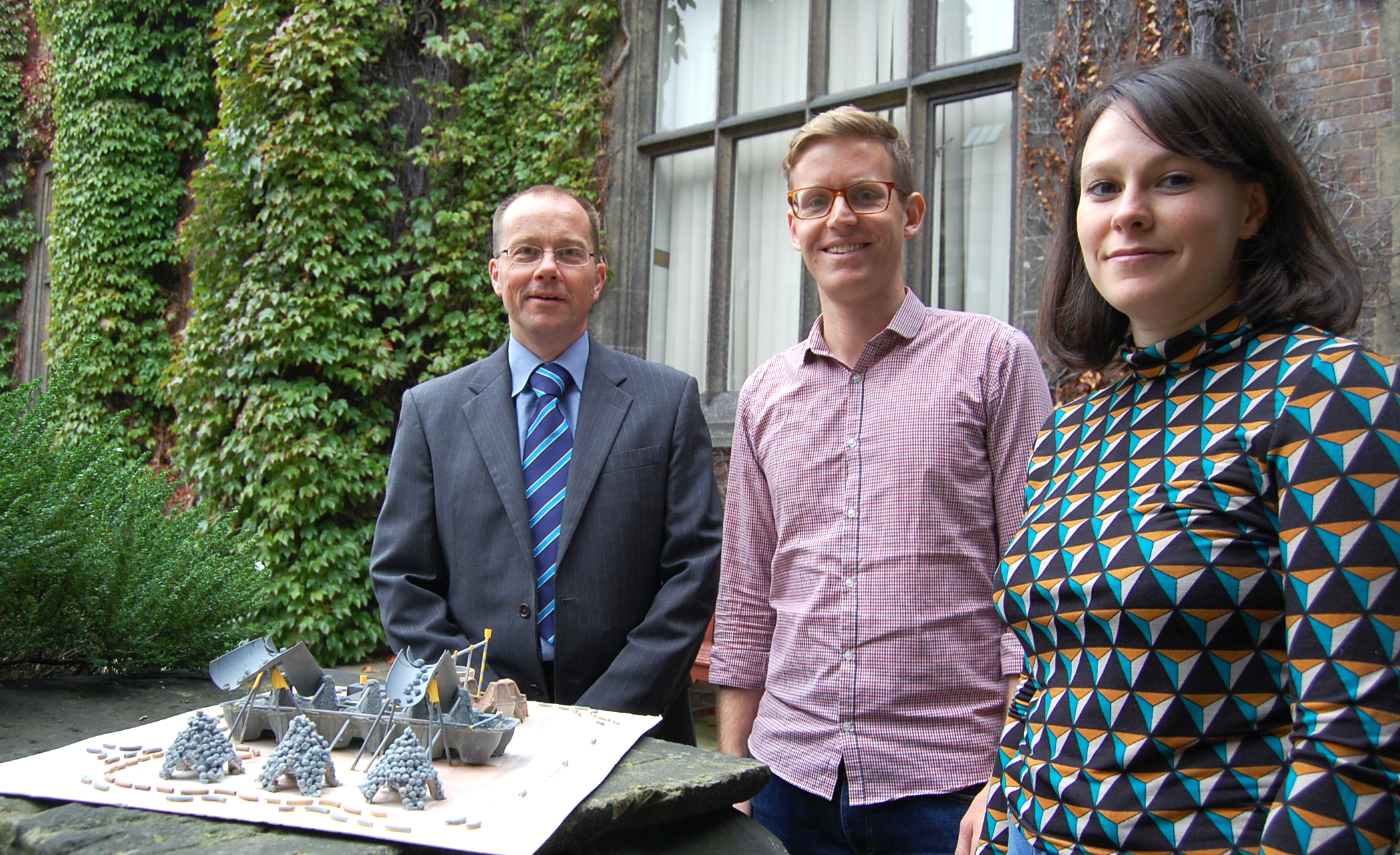 Dr Paul Cowie is a Research Assistant in the School of Architecture, Planning and Landscape. Paul’s research focuses on community planning and community representation in the planning process. Cap-a-Pie bring together professional theatre makers and communities to co-create theatre and foster learning and thinking through a democratic creative process.

How can you get 30 people to spend three hours on a Monday night discussing community involvement in planning? The answer may be through theatre.

It is well accepted by both academics and practitioners that there is a limit to how much consultation a community can take. The dreaded ‘consultation fatigue’ is now a common feature of both research fieldwork and planning engagement efforts. Dr Paul Cowie and theatre company, Cap-a-Pie, have produced a new piece of theatre, The Town Meeting, which has shown that taking an alternative approach can re-engage communities in research in a way that traditional forms of engagement do not. The Town Meeting has generated a rich resource of research material as well as engaging a network of co-researchers who have signed up to be involved in the project in the future.

The play was performed in 6 communities in the spring of 2015, and toured again this month visiting Leeds and Sheffield. The venues ranged from traditional and community based theatres to community centres and village halls. Over 160 people have now been to see the play, including HRH Princess Eugenie of York who enjoyed an excerpt of the play when she recently visited the University. The play will also tour again in April 2016, visiting Keswick, Doncaster and Washington.

The project has recently won the Sir Peter Hall Award for Wider Engagement in the RTPI Awards for Research Excellence.

The story of how the play was developed is available below or via Cap-a-Pie’s Town Hall podcast.

How the play was produced 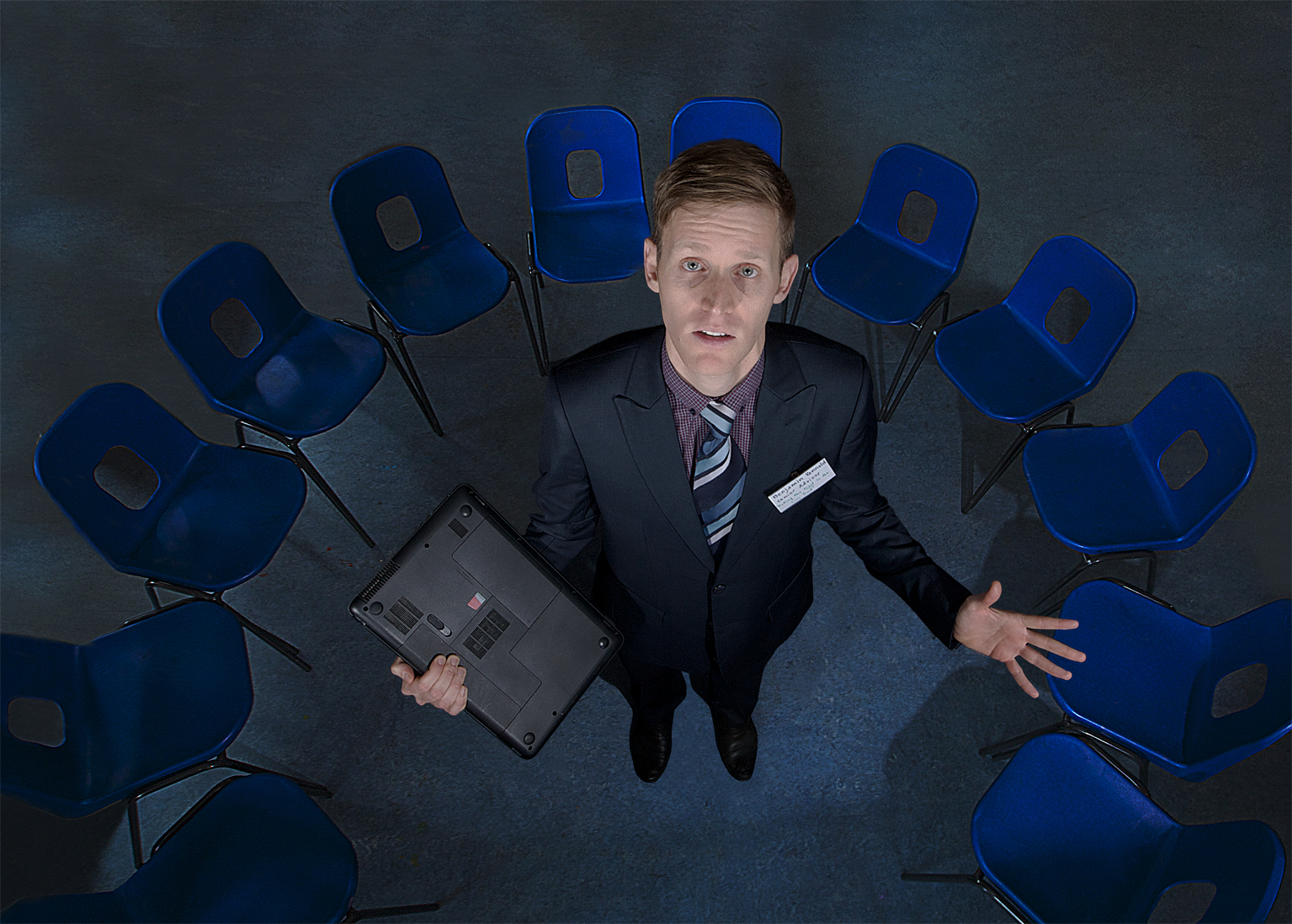 In late autumn 2014 Katy Vanden, a producer from Cap-a-Pie theatre, sent a speculative email round Newcastle University. It outlined the opening scene in a play they were developing. Cap-a-Pie had worked previously with academics, but mainly to use theatre as a tool to disseminate research results. This time the aim was to link up with a researcher and test whether theatre could be used as a tool in the co-production of research.

The opening scene sees an unknown man arrive late to a meeting, a little flustered and not entirely prepared for the meeting he was about to have. Having previously worked as a local authority solicitor advising the planning (now development control) committee this scenario chimed with my personal experience. At the time the email arrived I was just finishing a research project investigating the relatively new phenomena of neighbourhood planning and neighbourhood forums. As I thought about the scene from the play the more I wondered if this could be a way of researching this topic in a novel way. I bit the bullet and replied to Katy’s email suggesting neighbourhood involvement in planning as the subject matter for the meeting.

Happily Katy and Brad McCormick, the artistic director of the company, agreed planning could be a suitable subject matter to develop the play around. My particular research interest is the way in which community groups interact with the planning process and how groups represent themselves in planning matters.

We now needed a narrative for the play. At this time an article appeared in the Guardian about the town of Kiruna in Sweden which is about to be relocated 3 km from its present location to make way for an opencast iron-ore mine. Working with director Gwilym Lawrence we decided to create a fictitious town, Little Rikjord, in which to set the play to allow a sense of drama and hopefully to allow the audience to have the freedom to debate issues in abstract. In the play, permission is being sought to move Little Rikjord and begin mining directly under the town. The audience are asked to put themselves in the place of the residents of the town and consider how they would react to the planning dilemma: move the town and keep the mine; or keep the town and close the mine. Brad plays the role of Benjamin Reynolds a junior planning officer and I play his boss sitting at the back keeping an eye on him.

There are two acts in the play, the first starts with the opening scene as outlined in that initial email. In this act the audience have a free choice as to the future of the town. Once the audience have completed several activities (including drawing a map of the fictional town and populating it with their favourite places and buildings), they are asked to discuss solutions to the dilemma facing their town and appoint two representatives. However, at the point they make their decisions Benjamin receives a phone call from the Minister. The decision has already been taken; in the interest of economic growth, mining must continue and the town must be moved. As an olive branch the government are offering to relocate one building from the current town. In the second act, the audience are asked to form a Community Heritage Board of four members to decide which building will be moved.

The audience reaction to the play was incredible. Prior to the Minister’s decision the audience were nearly always split about 50/50 in terms of staying or going and appointed two representatives to convey both sides of the argument. Once the Ministers decision is communicated the balance switches 90/10 against her choice. In all but one case the audience refused to have anything to do with the Community Heritage Board, even when it is hinted that by protesting through this structure the minister may change her mind. They also got very, very angry with much rage vented at Benjamin. 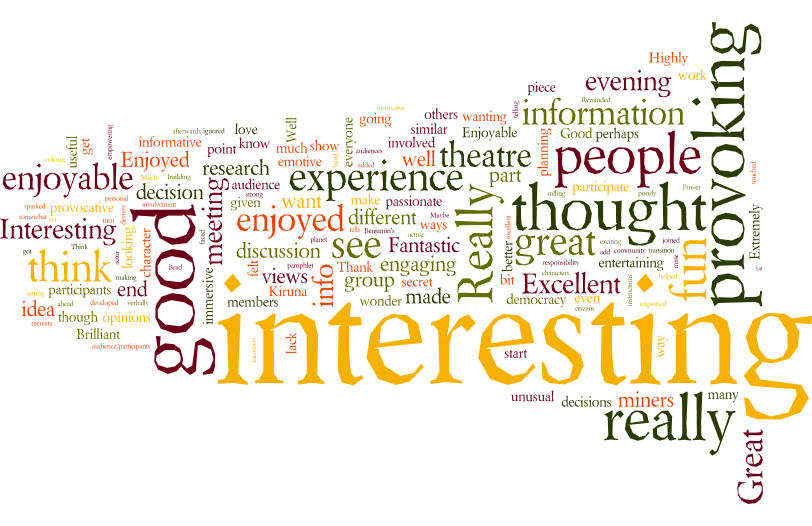 The passion of the audiences highlighted to us the power theatre has both to move people and to immerse an audience in an alternate reality. It also proved to us that people are passionate about place and having a meaningful say in the future of their community. In the after show discussions the most animated audience members often apologised for their behaviour but maintained their passionate frustration with the planning system which had often triggered their response.

Working on the Town Meeting has been a fantastic experience. Using theatre as a research method has involved a steep learning curve. It’s not often your research gets reviewed by a theatre critic! However the end result has been worth it.