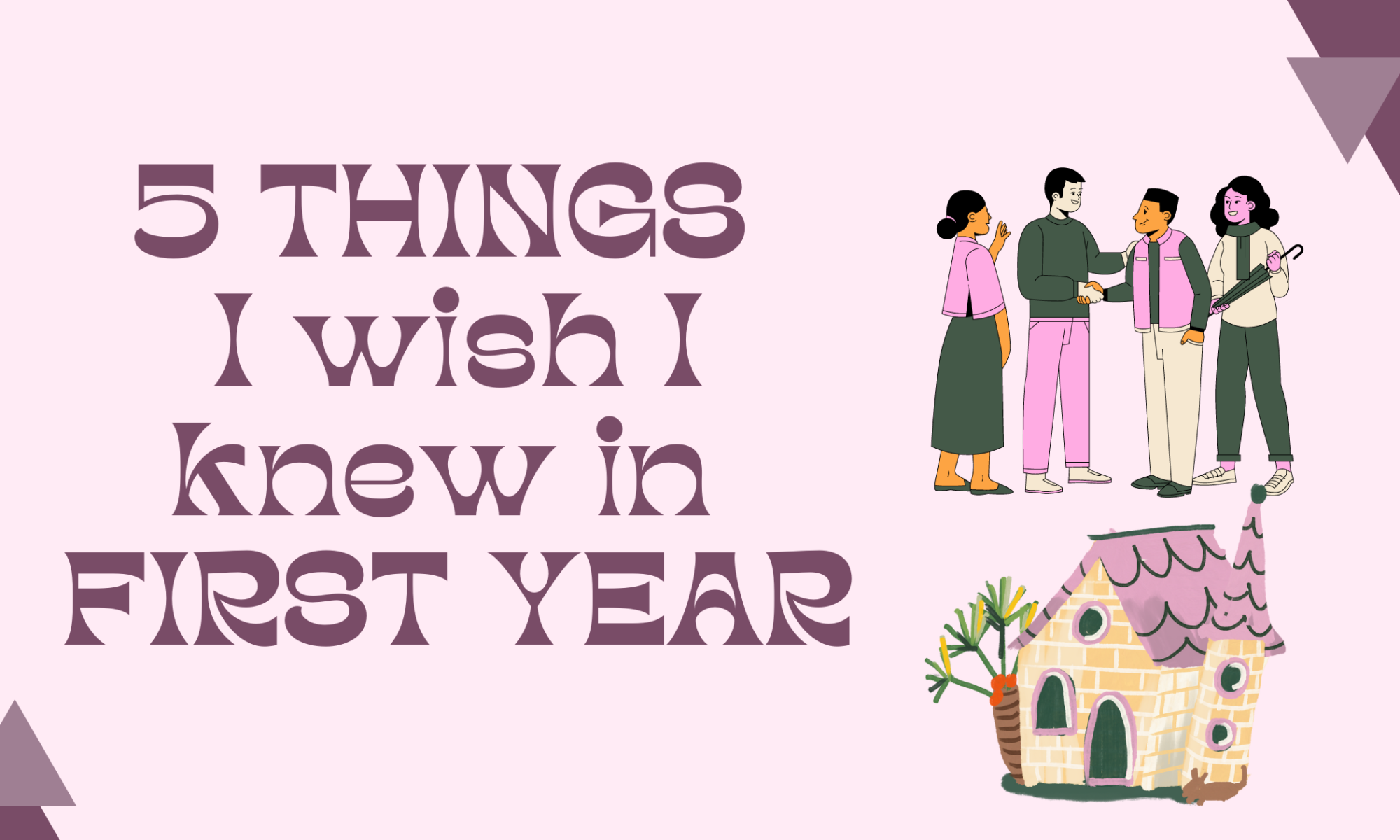 Starting uni can be quite daunting, everything is new, and you don’t know what to expect. Although it is a fun adventure, there are times you might feel alone and quite lost. Having been through that I decided to compile a list of a few things I wish I knew in my first year.

I thought I would start with the usual ‘Everyone is on the same boat as you’ and ‘Everyone is looking to make friends.’

But while that is true and everyone truly is looking to make friends, I am sure it is something you have all heard about 500 times.

So instead the first piece of advice I will give you is:

Take advantage of the first few weeks to make friends

While everyone is very social during fresher’s week and the first few weeks of term, I was surprised to see that as the semester continued everyone gets less social.  I saw it in myself as well as others. Although I was still eager to make new friends, around the 2-3 week mark, most people had settled into groups, so it felt more daunting to talk to the people around me before lectures and seminars.

So take advantage of the first few weeks to talk to and meet as many people as you can. And remember, most people feel as awkward as you so just try and say hello. Most of those conversations probably won’t develop into friendships but some will so don’t miss out on that!

However, having said that……

Right now you might be thinking, ‘But didn’t you just say that people stop socialising after the first weeks?’. Yes, and I realise this might be contradictory so let me explain.

Even though people aren’t as social after the start, that does not mean that you stop meeting new people. There are plenty of opportunities apart from fresher’s week and lectures to meet people. You meet friends through the people you live with, sports, volunteering, jobs, and societies. You never stop meeting people, but the places and the number of people change after the first few weeks.

Moreover, it’s important to give your friendships time to develop before you decide if you can be really close friends or not.

You are not missing out if you don’t go clubbing

Newcastle is notorious for its party scene so you might feel like there is a lot of pressure for you to go clubbing all the time and enjoy it. But that is NOT the case.

When I started uni in September I wasn’t 18 yet as my birthday is in December so I didn’t go clubbing when everyone else did. At first, I was really stressed about missing out and I was having a lot of FOMO when my friends did. I was worried I would miss chances to make friends. However, I ended up having such a good time, and not going clubbing did not matter.

So if you can’t go clubbing or going clubbing isn’t your thing don’t worry about it too much!

Moving on to another hot topic:

Around November everyone will start discussing housing and it can be quite stressful if you don’t know who you want to live with. While it is true that the market in Newcastle is competitive don’t let that and those around you pressure you into choosing a house. While most people sort their housing around December or January, there are still plenty of people who arrange it in March and into summer.

Don’t forget that if you’re not keen to live with anyone else you can always get a room or a studio at private accommodations.

So don’t rush to make a decision that might make you unhappy and remember that there are always options.

Last but not least…

There will come a time in the first year, probably around March, when you start having more career-related talks. At that point, you might start to realise that you don’t have as many things to write on your CV as you would have wanted. My experience was that both I and my friends started panicking that we don’t have enough experience such as part-time jobs and volunteering.

Although this can be quite stressful there are plenty of ways to gain experience before the second year starts and the university can do a lot to help. Some things you can get involved with, are roles in societies, jobs within jobsoc, part-time summer jobs or summer internships posted either on the university’s career website or ones you find on your own, volunteering (whether it is online or in person), or summer projects organised by the School of Biomedical, Nutritional, and Sports Sciences.

So don’t panic and remember that most of your peers are most likely feeling the same way.

Most importantly, have fun and enjoy the ride!

Read more about our degrees within BNS here