Skip to primary content
Skip to secondary content
Menelaos Gkartzios opens up a debate about countries, language, the urban and the rural. 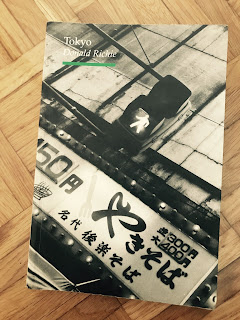 I am moving to Japan, just for a semester, to take a Visiting Associate Professorship at the University of Tokyo. My preparation involved learning Japanese and a fellow researcher and architect Kevin Donovan gave me a book: Tokyo. Skilfully written by Donald Richie (1999), the book explores the development history, cultures and countercultures of the Asian metropolis. In a fascinating manner, the author argues that Tokyo is a city we Westerners struggle – if not fail – to comprehend: there is no ‘city centre’ (or what might be considered as ‘the centre’ is practically empty); the city does not have a linear address system we can recognise (think of any city you know); Tokyo is not defending an immortal or eternal mythology (think of Rome or Paris). His observations about the city remind me of the Japanese language, a link to which Donald Richie also draws attention.
Like Tokyo´s address system, the Japanese language is extremely ambiguous: personal pronouns are unnecessary; there is no singular or plural form for nouns (think of that for a moment); words are written with no space in between. Oh, and there are three writing systems that co-exist in a document; yes, three. Ambiguity is part of talking and getting lost is part of finding yourself somewhere in the city.
Japanese is characteristically pronounced in a flat, somewhat colourless way. There are accents, but the pronunciation is monotonous, almost without rhythm. The language doesn’t try to impress, there are neither exclamation nor question marks. Similarly, the city of Tokyo strives to be almost unremarkable. Richie writes about how sameness prevails, compared to at least to European cities: vistas are rare (think of Lisbon) and there are no grand monuments marking the boundaries of avenues (think of Edinburgh). More importantly, Tokyo, is a city very much in the present, always in the making. Tokyo’s past and future legacy are not dictating its present. Richie explains how the city does not follow the western assumption to ‘be logically planned and built to last’ (p. 50). Equally, the ‘dead are being forgotten’ (p. 29). Interestingly, the Japanese language itself has no future tenses. There is a single past tense (compare this to the English simple, continuous, perfect past tenses). This frames a completely different logic of understanding time. The city, like our conversations, is almost continuously ephemeral.
Tokyo’s development trajectory seems to unravel in parallel to the realities of language. However, language is not just a neutral medium we use to communicate; language (anylanguage), it creates possibilities and barriers (argued brilliantly by so many social scientists, not least by Norman Fairclough). One can argue that this is the case in all territorial settings, in rural areas too. In England, for example, the urban/rural dichotomous post war planning legacy, with very particular expectations about what constitutes legitimate development in either spaces, follows one of the greatest antitheses in the English language. This link between the English language and planning has also been considered by Thomas Sharp in his seminal Town Planning (1940).
The relationship between language and the development of places is not new territory for me. I am fascinated by the discursive possibilities and impossibilities of language (that are of course dynamic, even if somewhat persistent) in the context of development studies. Delightedly accepting an invitation by Professors Sally Shortall and Bettina Bock, I recently talked about language in social science research at this year’s European Society for Rural Sociology conference. In the world of academia, English has become the language of science, a language of authority, while fieldwork has remained – of course – linguistically plural. Moving between these two platforms, that of publishing and that of conducting fieldwork, is not an unproblematic process. I argued how little rural sociologists have engaged with the literature on language politics, how discourses of rurality internationally differ not only due to socio-cultural differences, but because language itself constructs and frames the rural in diverse and even unimaginable ways – a derogative or even nonsensical term in some contexts – far from the idyllic constructions well observed in more industrialised countries. My argument followed extensive reviews on discourses of rurality in non-Anglophone contexts, and observing minimal references to methodological issues of language for an article on language politics in rural studies I am currently working on. None of these arguments are ground-breaking (and I encourage you to read the prolific works of Robert Phillipson or Abram de Swaan), but language politics seems an unexplored field amongst rural sociologists.
In my effort to start a critical debate, I ask: Can we observe the parallels between language (im)possibilities and development trajectories in rural contexts? What development imaginations does the ‘rural’ frame internationally? Furthermore, in a wider sense, whose language matters in producing rural sociological knowledge, and what does that mean for our research? Is knowledge mono-lingual? What idiosyncrasies are masked through translation? And since when are social scientists also good translators? And, finally, how can we move on the debate recognising both the usefulness and the politics of English as, in Phillipson’s terms, a lingua academica? I am taking these questions with me, to Tokyo. In my effort to make sense of this new world, I will avoid the use of future tenses, but I will be reporting in this blog. In English.