Adrienne Attorp and Beth Clark summarise what they learned about policy making from Professor David Freshwater during his recent visit to the CRE.

This February, the Centre for Rural Economy (CRE) was lucky enough to receive a visit from Professor David Freshwater of the University of Kentucky. While here, he spent an afternoon with CRE PhD students and early career researchers, and spoke to us about his work as a researcher and policy analyst in the field of rural and agricultural policy, which has included many years working as a consultant for the Organisation for Economic Co-operation and Development (OECD). He also shared with us his thoughts and reflections on farming, including what he thinks are the biggest challenges facing the industry, and imparted some words of wisdom to those of us interested in working to influence policy. Some highlights:

According to Professor Freshwater, policy is the biggest threat to agriculture because it is in a constant state of flux. This observation could not be timelier for a UK-based audience given the imminent arrival of Brexit and the looming threat of a ‘no deal’ exit, or a last-minute announcement of tariffs. Brexit aside, given the short-term focus of politicians that accompanies short stints in power and party changes, and the lack of overall strategy, it is not surprising to find that this makes longer-term planning difficult for farmers.

We also discussed the structure of farming and farm income, with farm support moving away from direct payments in a number of instances towards a more risk management-based approach. This reflects a need to change the approach to payments as a country and its economy develop. Related to this, Professor Freshwater highlighted the need for diversification, citing off-farm income sources as a means of risk mitigation. While some would portray this as a negative narrative as it suggests the farm is not a profitable entity without a separate source of income, Professor Freshwater offered a different perspective, arguing that a portfolio of uncorrelated income sources can in fact provide more resilience in an ever-changing climate. He pointed out that most households are multi-income, so why not farming households also? 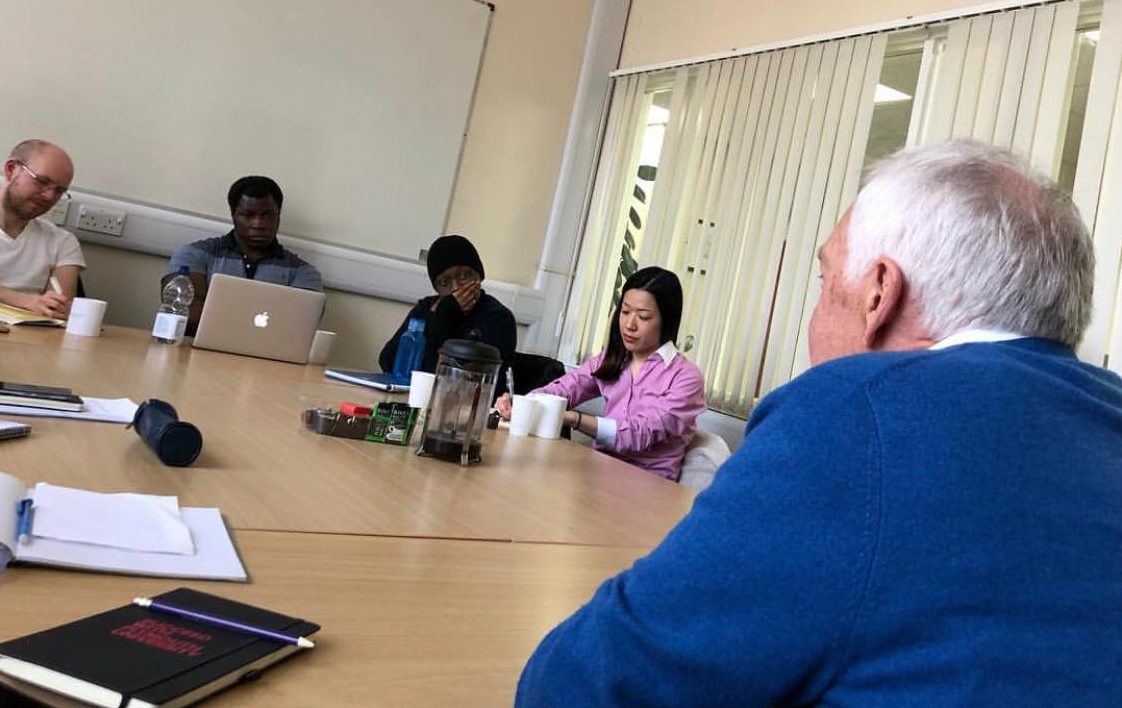 “If you want to change policy, you have to talk to politicians”, Professor Freshwater told us. He also underscored that in order to influence policy effectively, researchers must “be immersed in the politics of [their] time”. Why? Because it is essential to understand both the context in which policymakers are working and the agendas they have, in order that research can fit into this context and align with current political values. This does not mean ‘selling out’, so to speak, it just means it is important to think about how you frame the problem and potential solutions, so as to make the most impact. Audience matters.

In addition, Professor Freshwater highlighted that policy can struggle with the unique. Generalizable findings and recommendations are much more suited to political interests. Thus, it is important to consider the smallest number of variations a policy may have while still being effective. He also stressed the need to ensure that any policy suggestions are both cost and outcome effective.

Further, similar to the pressures farmers contend with, the time constraints faced by policymakers make implementing long-term change difficult. With changes to political parties happening every four-to-five years or less, planning in two-year periods is often more feasible, with short-term recommendations more likely to be implemented.

Anecdotes and stories make policy impacts real, we learned. In policymaking, this is where qualitative research comes into its own. These anecdotes and stories should form part of your overall narrative on a subject, but crucially, we must always back them up with statistics. Furthermore, once you have your narrative, stick to it. Never contradict yourself!

Some final pearls of wisdom…

To be effective outside of academia there is a need to avoid the ‘tunnel vision’ that academics so often have, and to have an overview (even a not very in-depth one) of other disciplines. (This is evidently a strength of the CRE, given the diverse expertise of staff and students, not to mention the broad range of collaborators that we have and continue to work with.)

And finally, Professor Freshwater made a plug for theory, emphasising that, by approaching research from a theoretical perspective, researchers can be deductive, as well as uniform in their approach to comparing and evaluating different policy alternatives. This subsequently provides rigour to their work.

So, what are the take-home messages? Other than the need to ensure we keep an open mind and read more broadly, we came away with a number of key points for preparing a policy brief:

Many thanks to Professor Freshwater for helping the CRE’s early career researchers expand their research arsenal. Watch out policy world!