The United Nations and networking are an unlikely pairing for a CRE blog entry, but my recent meeting with Professor Alston from the United Nations came about because of network contacts I had made earlier.

Post-graduate research can be a lonely business and students can feel that others are not especially interested in their work. This is clearly a case of faulty thinking but can be seriously demotivating and demoralising, and one of my strategies for managing it has been to develop networks with others working on related issues. On one of my frequent internet trawls to find these people (who must surely be out there?), I came across Lydia Medland [1], a PhD student at Bristol University whose research is about seasonal agricultural workers in Morocco and Spain. The obvious similarities between our research interests means we can commiserate about the research obstacles and challenges we have in common and constructively debate what we’re doing and what we think we’ve found.

But to return to the United Nations bit of this blog’s title, Lydia was instrumental in my invitation to present evidence about rural poverty to Professor Philip Alston, the United Nations’ Special Rapporteur (SR) on extreme poverty and human rights. Professor Alston carried out a fact-finding visit to the UK in November 2018 to investigate government policy and actions around UK poverty and to determine whether the government is fulfilling its international human rights law obligations. 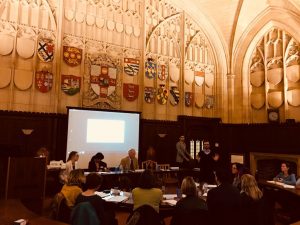 Lydia’s local network includes Dr Tomaso Ferrando [2], a lecturer at the Bristol Law School, who was tasked with hosting one of many sessions held across the UK for various individuals, communities and institutions to present evidence to Professor Alston. Dr Ferrando wanted someone working with UK farmworkers to contribute to the session to be held at the Bristol Law School, which was specifically about rural poverty, and this led to me being invited.

Initially I wasn’t sure I could make a valid contribution. My research participants are not representative of most rural residents in poverty, because they are highly transient. However, I was assured that the complexities of rural poverty needed to be illustrated, and that the EU nationalities of my research participants would highlight the additional spanner in the works that Brexit might bring. In addition, the SR had by this stage identified thematic areas of interest including Brexit, austerity and digitalization as well as rural poverty more generally, making my own research seem rather more relevant. 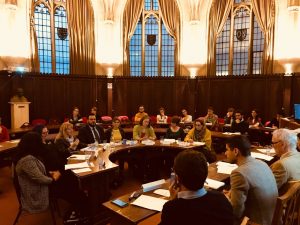 The United Nations expert panel meeting was held in the Wills Memorial Building, a Grade 2 listed Gothic style building, built in the early 1900s by a family of tobacco merchants. It houses the School of Law and the Department of Earth Sciences and is used for degree ceremonies and examinations.  The panel meeting took place in a room as impressive as the building’s exterior, but which also felt as formal as a courtroom. Eight people including representatives of foodbanks formed the panel and a small number of students and academics attended as a ‘silent audience’. We each had a few minutes to introduce ourselves and our work, and make brief points about our understanding of rural poverty in relation to the SRs thematic areas of interest. This was followed by a question and answer session, after which Professor Alston flew to Newcastle for his next fact-finding meeting.  The whole event, which was strictly scheduled by Dr Ferrando and the two UN staff accompanying Professor Alston, lasted less than an hour which meant our contributions had to be brief and focused. However, we were also invited to submit written summaries of the points we wished to raise about rural poverty, and those I highlighted included the following:

In summary, being given the chance to contribute to the United Nations inquiry into poverty in the UK arose from the willingness of people to connect with others in the research community. Contributing to this event was a valuable and enlightening experience in itself, but one which also served as a reminder that poverty is not simply about lack of money, and that poverty in rural areas can be especially challenging. My visit to Bristol also provided an opportunity to meet with and make further connections with new contacts who have expertise relating to my own research interests.

[2] Dr Ferrando’s work is concerned with the links between food and law, especially around international trade, investment and rights to food.

Malcolm Green works with Newcastle University students as a storyteller, and for the last few years has been attending the New Networks For Nature Gatherings on behalf of the CRE.  Here he describes the most recent Gathering, held 15th – 17th November.

This November was the 10th anniversary for the New Networks for Nature Gathering, held at the Stamford Arts Centre. The event was a hubbub of environmental artists, scientists, writers, musicians, and politicians sharing their disparate responses to nature, all wondering at one level or another how to approach the calamity of the rapid loss of British wildlife that has happened over the past 50 years.

This loss is something Michael McCarthy calls ‘the great thinning’.  Creatures common a generation ago are now in danger of disappearing from these lands, including the curlew, the turtledove, the hedgehog and the seabirds of international importance on the British coastline. 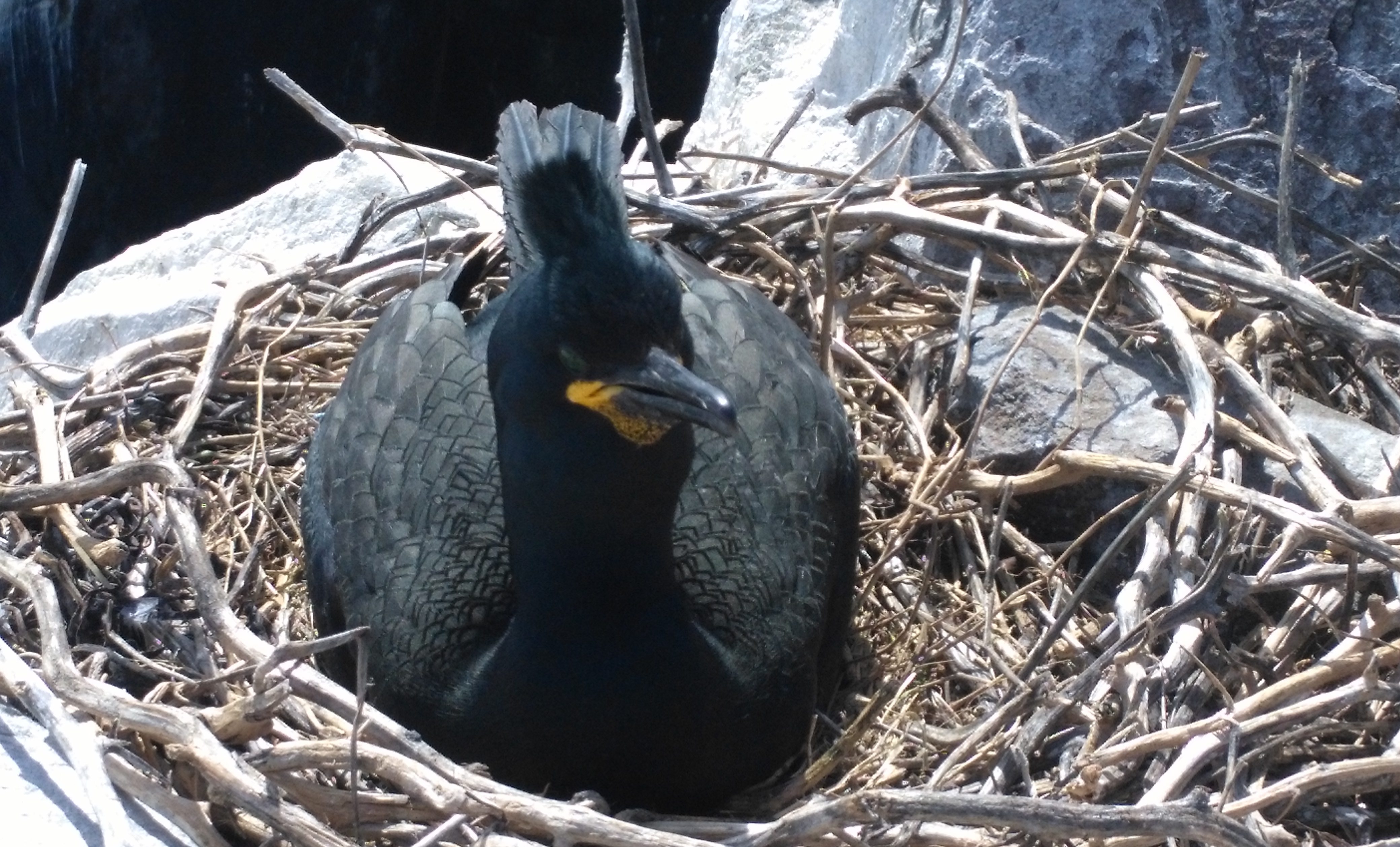 Euan Dunn, head of marine science for the RSPB, talked about the challenges facing seabird populations. Food stock decline brought on by climate change is thought to be the main factor in poor seabird breeding success, but this is exacerbated by over-exploitation of the seas. He outlined measures that may be taken to alleviate the problem, including controlling the excesses of the Danish sand eel fishery, which removes huge quantities of the birds’ main food source, and extending the marine protection area around the east coast of Britain to Bempton cliffs in Yorkshire.

Adam Nicholson, author of the brilliant ‘Seabirds Cry’, talked about the need to see these birds afresh, in light of the extraordinary information gained from recent work in radio tagging. One kittiwake was shown to have gained a knowledge of the oceans far beyond what one might have expected in its thousand-mile search to find food for its offspring. A quite humbling and breath-taking feat.

A core theme of the gathering was the question: ‘what is nature, and what is it value when pitted against economic growth?’  This theme was raised by Mark Cocker, when talking about his book, ‘Our Place’. He asked the question, ‘how is it that a nation of nature lovers, with huge membership of wildlife organisations, allowed itself to preside over this catastrophic collapse in biodiversity?’ A part of the answer is that our consumer-oriented culture has inveigled itself into everything. Nature, instead of being a part of who we are, has been objectified.

This has inevitably affected the big nature conservation organisations (exemplified by the RSPB’s new logo, ‘Giving Nature a Home’). These organisations compete with one another for funding and for membership, and thus find it a challenge to speak with one voice. They also fear that negative stories will not be popular with their members, so tend to shy away from telling the more difficult truths. Lawrence Rose, who worked for the RSPB himself, said that they expect loss and are continually lowering expectations of their members.  As such, they are complicit with the politicians.

Labour peer Baroness Barbara Young lamented the lack of any holistic thinking in government.  She also highlighted the need to challenge the idea of ‘growth at any cost’, and the need for a radical new approach to children’s education – one that puts our place in the environment at its heart.

Following on from this, Green Party MP Caroline Lucas talked about the lifestyle changes that are needed to enable a sustainable environment, and how we should think of these as gains as opposed to losses: gains in peace, clean air, diverse wildlife, and mental and physical health, rather than a loss of consumer goods. For example, research has shown that 13 ½ mins a day spent amongst trees reduces by half the risk of depression.  She also highlighted the fact that  despite the obvious need for government leadership, the clout of environmental protection bodies within government have been eroded year on year, illustrated by the fact that 400 staff have been taken from Natural England to deal with Brexit.

There were so many rich offerings at the conference that it is not possible to do justice to them here. Central was the contribution of artists:

Three visual artists – Kate Foster, Rose Ferraby and Tom Baskeyfield – presented their work on soil, peat and stone, where there was an impetus to speak from the place of the material, rather than that of the artist.

Mark Cocker and Miriam Darlington, representing New Nature writing, talked of the current wave of enthusiasm for the genre, which marked itself out by stitching together ecology, cultural and personal experience.

Poets Jos Smith, Isabel Galleymore, Ben Smith and Luke Thompson talked about poetry and environmental activism, and explored topics including: working with scientists, the predicament of eels, and the need for vulnerability in our present climate.

There was also much discussion about engaging with nature through new technologies, in particular, the use of social media to reach out, and the various apps which help you know what you are encountering in the field.

The gathering culminated with the amazing saxophone music of Paul Winter, responding to wild creatures.

A note of significance: the Network’s ‘old guard’- Mark Cocker, John Fanshawe, Jeremy Mynott and Tim Birkhead, who set up New Networks for Nature 10 years ago – are stepping aside. Mark has already stepped down, Jeremy announced he was leaving this year, Tim will go next year and John the year after. They are being replaced by a new younger generation, who are increasingly taking on the role of organising future gatherings.  This is a testimony to the sustainability of the concept and to the solid ground put in place by its founders.

In parallel to this, future gatherings will move to different venues in the country, thereby increasing the Network’s reach and influence. In 2019, the gathering will take place in York.