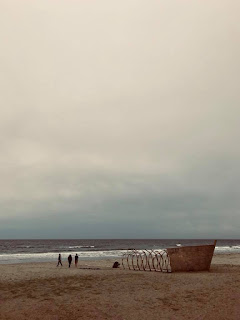 Based at the University of Tokyo, I have already spent two months in Japan. I was expecting a futuristic office, to find myself in a building from the previous century (almost a rarity in Tokyo), with windows overlooking elegant ginkgo trees. Aside from indulging in autumn leaf changes, my time here is spent doing a couple of things. First, I am teaching undergraduate and postgraduate students a module on ‘Rural Sociology and Development’. The course is probably the most important experience of my work life here, because it puts me in a direct relationship with the University and its students – an extremely talented cohort. I was worried about my students’ English (let alone my own, ehm, Japanese), to realise that students not only speak English, but they can ask questions too: ‘But what is the purpose of rural sociology?’ an undergraduate student asked in my first class. I couldn’t be happier. 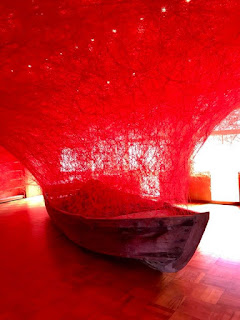 Regarding fieldwork, I am continuing my work on ‘rural arts’, following the Working Group on ‘Doing Art in the County’ with Julie Crawshaw (Northumbria University) and Marie Mahon (National University of Ireland, Galway), back at this year’s European Society for Rural Sociology conference. I discovered a well-established tradition of ‘outdoor’ art festivals (outside the city galleries, art museums and ‘creative hubs’), thanks to the vision of Fram Kitagawa, who is responsible for a few art festivals across uplands, islands and remote areas in Japan. Few weeks ago, with my colleagues from the University of Tokyo, we attended an extraordinary art festival in the remote peninsula of Ishikawa, the Suzu 2017 Trienale. The artists re-used closed schools, abandoned train stations, derelict houses and old fishing huts, asking the most critical and poignant questions about the region’s rural future: extreme rural depopulation is a major issue here. At the backdrop of a declining rural economy, the festival venues were spread over the peninsula, across Japan’s very own satoyama and by the Sea of Japan. Inherent in the festival’s approach was, to a westerner at least, a different way of being and working in the natural environment, whereby nature is neither idealised and romanticised, nor dominated and overexploited. My research tools: an ethnographic diary, interviews with art professionals, reflexive surveys from other visitors – finally, yes, fieldwork. 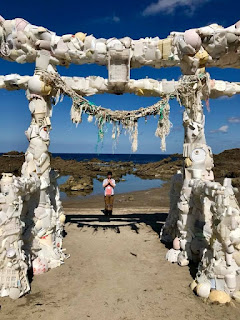 Like a ‘rolling stone’, I decided to travel and connect as much as I can with the country’s rural sociology community. Apart from the current President of the International Rural Sociology Association who is Japanese and whom I am visiting, there is also an Asian Rural Sociological Society. So, I am going on a tour: I am giving invited seminars at Kyoto University, Kindai University and Chiba University, while my public lecture in Tokyo University will be later this month. A rural planning trip to tsunami affected villages and attendance of recovery meetings is also already scheduled. A few writing and research projects are on the way, including the first and promising Routledge Companion to Rural Planning. I am experiencing tremendous kindness and support from my Japanese colleagues. Drawing on some linguistic fascination I have written about before my arrival, I am trying to learn Japanese. I don’t think anything else demonstrates so unequivocally the richness and magic of this culture, than its language; it offers me possibilities of being, thinking and writing about this new world I had never imagined. Still like a fish out of water I guess, but learning to fly. 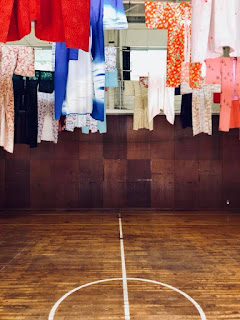 Science Communications Manager Anne Liddon shares her enthusiasm for eating local fish and ponders some of the challenges involved in marketing this healthy food.
I live in Tynemouth, beside the sea, and I buy and eat fish regularly and enjoy it in many different dishes, but many of us eat no fish at all and overall consumption is declining.  This seems strange for our island nation.  Families are increasingly pushed for time and many people look for quick and healthy options when cooking, so surely fish is an obvious choice?  Discussion at a recent event in North Shields – still an active fishing port – generated as part of the European Strength2Food project, organised by Food Nation with Newcastle University and involving both experts from the fishing and food industries and consumers, came up with a range of possible reasons. Fish as a local product and how it can bring the best returns for fishermen and communities was the basis for the discussion and participants brought a range of views and perspectives to the table. 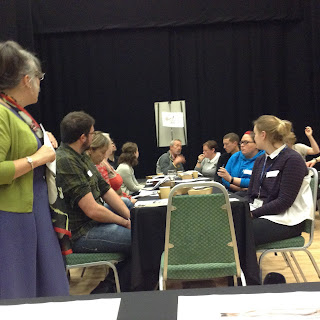 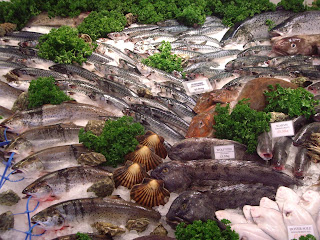 As consumers we seem to lack confidence and knowledge about fish.  Many people feel ill-informed about how to prepare and cook the different varieties.  There may also be a reluctance to try something new.  Fish isn’t cheap so supposing you spend your money then don’t like it?  Then there are those bones.  They can be alarming and make fish seem difficult to deal with, in the kitchen and on the plate. For me, buying fish that has been landed at North Shields is important.  I want to play an active role in the local economy and I think it’s important to acknowledge the specialised and often dangerous job that our local fisherman do in bringing excellent products to our plates.  But in the case of fish, “buying local” doesn’t seem to play a major role in consumer decision making in the North East.  Much of what we do buy is imported and may be farmed – salmon in Scotland, sea bass as far away as Greece and Turkey, prawns being flown in from India and Thailand.  On the other hand, promotion of local fish can be done.  In Cornwall, for example, local fish plays an important role in gastronomic tourism, and is promoted by well-known restaurants and celebrity chefs.
On the supply side, fishermen really are the last of the hunters, doing a difficult, dangerous job and they often want simply to sell their catch as easily and quickly as possible. They may not have an interest in engaging with the supply chain and at the moment most of the fish landed at North Shields is exported.  Langoustines – a luxury product – forms the major part of the catch here, and it is enjoyed by consumers in France and Spain, while few in North Shields ever have the chance to taste it.  In fact most people express surprise to hear that these exotic-sounding shellfish are even native to the North Sea.
Does this matter?  As Brexit looms it may.  Those markets in France and Spain could be more difficult to access.  So could we engage local consumers more in eating these excellent products?  People are sometimes more willing to try new things when eating out, so restaurants could play a role.  Small tapas-style plates and special events could help in giving consumers a first taste and making us all more aware of what is available. 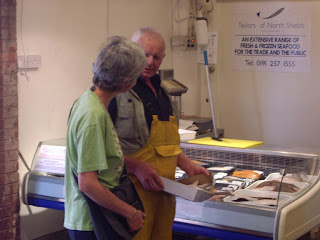 At the moment there does seem to be a gap to be bridged, between consumers and suppliers and better networks are needed to promote fish as a valuable and delicious food.  I buy fish regularly from retailers on the North Shields fish quay.  It’s not always expensive – as in any market, what’s plentiful is generally cheap.  Fish is easy to cook and a small repertoire of recipes can be applied to most varieties.  If you don’t want bones, then the fishmonger will fillet it for you – and do a far more expert job than I could manage myself.  I just wish more consumers could be convinced of the benefits and enjoyment to be gained from the wide range of fish available to us in the UK.  Perhaps Strength2Food can help to put the word out and encourage us to be more adventurous.
https://www.strength2food.eu/