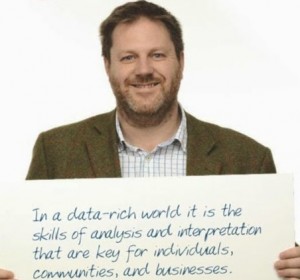 Here, Rob Wilson discusses an exciting series of lectures that is fast becoming established as a key platform in which to challenge conventional views of public sector management.

One of the key roles for a Civic university in a society is to stimulate, provoke and challenge. KITE’s ‘Little Heresies’ seminar series has been established by Rob Wilson, Toby Lowe, Charlotte Pell and Karen Scott for academics, practitioners and managers willing to challenge the orthodox thinking in the public sector and seek innovative, alternative ideas and practice in a stimulating and challenging context. The series is now 5 seminars old and we have sparked significant interest in the local area and beyond, with the number of attendees above 200.

Our first speaker was Dr Toby Lowe, visiting Fellow at Newcastle University Business School, with his paper ‘Is Payment By Results Doomed to Fail?’ Toby’s ground breaking work on outcome-based performance management approaches has received interest from academics and practitioners all over the world since he presented the ideas in Newcastle in 2012. Toby argued that payment by results and outcomes-based performance management models are inherently flawed and create unwelcome paradoxes. Instead of improving the lives of service users, his evidence suggests that focusing on outcomes and results distorts both the priorities and practice of organisations, leading to poorer results for those most in need.

Subsequent heresies have covered problems caused by target led policing from Simon Guilfoyle, a critical analysis of the concept of wellbeing by Karen Scott and a deconstruction of current approaches to public procurement from John Little. Our second year has already seen a seminar on Offender Health and the use of PR in Public Services. Discussions with potential speakers are ongoing and have highlighted future topic areas such as Devolution and Evidence Based Policy amongst others.

If you want to join in or if you feel you have a heresy in you, please go to www.ncl.ac.uk/kite to sign up, or follow @Kiteresearch on Twitter to receive announcements of the next seminar.

The #LittleHeresies seminars build on a highly successful UK national tour during 2012/13, in collaboration with Vanguard Consulting, called ‘Kittens are Evil’ which attracted over 500 attendees and significant social media activity. The first event was held in Newcastle and was sponsored by KITE and NET2 in 2012. This set of seminars brings the talks back to Newcastle, where it all started. Some of the case studies are being developed into academic papers and published in an edited book.