Have you ever wanted to be a Member of Parliament: no, me neither! But last week I participated in the second European Rural Parliament, in Schärding, Austria, as one of five delegates from rural England. This was very different to how we usually imagine a Parliament. At its heart is intended to be the voice of rural people, asserting the need for partnership between civil society and governments in addressing the big societal challenges. This innovative, and inspiring, process may be of interest for social movements and social renewal in many spheres – not just the rural. 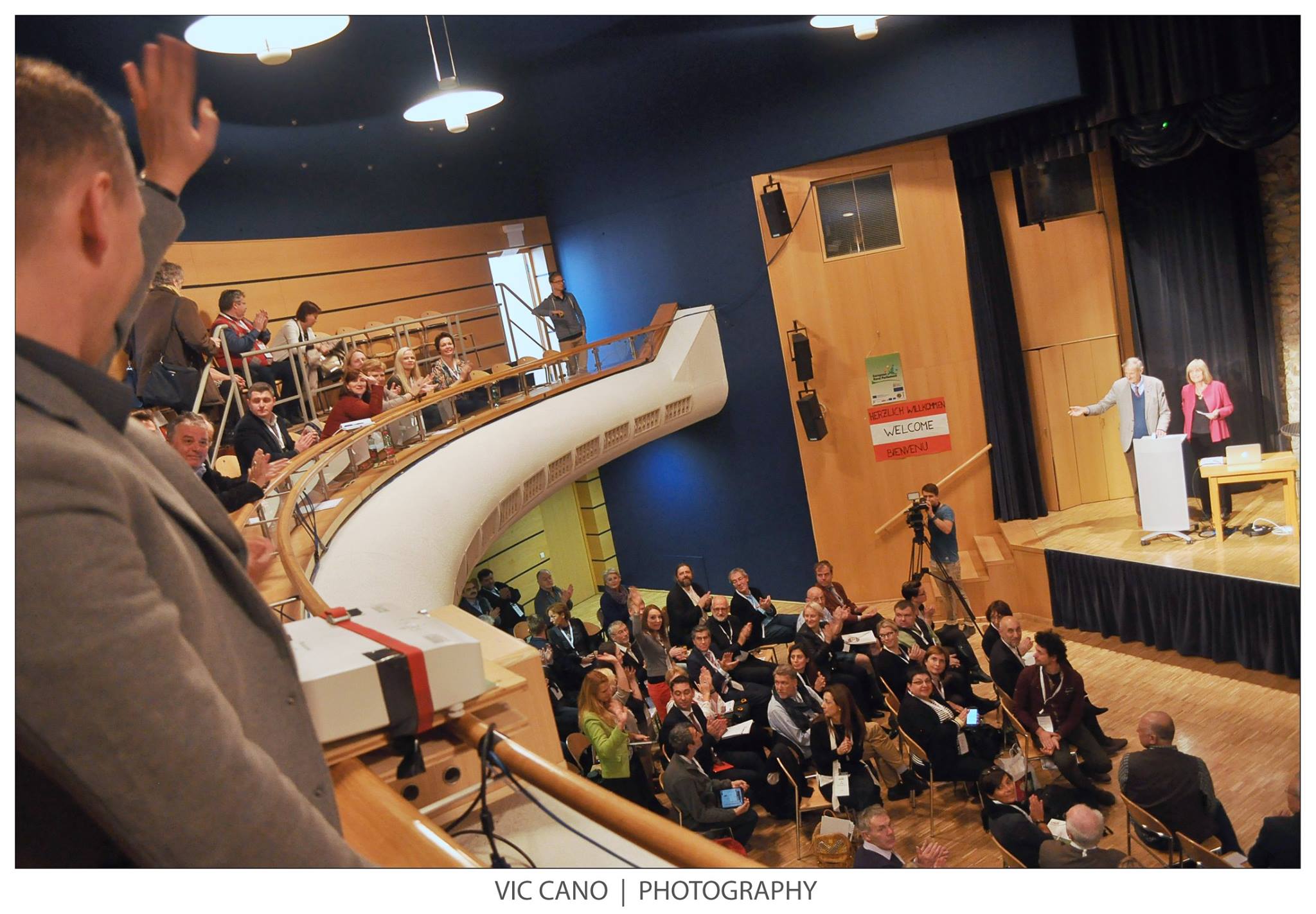 The idea originated in the Nordic countries, and the Swedish experience in particular caught the imagination of other countries, initially Estonia and Hungary and then many more who now hold rural parliaments – from Scotland, Netherlands and USA to Lithuania, Slovenia and Cyprus. This European Rural Parliament was held under the auspices of the Secretary-General of the Council of Europe, and co-funded by the European Commission through the Europe for Citizens programme. It was jointly initiated by three pan-European rural networks, ERCA, PREPAE and ELARD.

This European Rural Parliament process began with national campaigns in 36 European countries, with each campaign focused on organising an “upward cascade of ideas” which “truly draws upon the hopes and concerns of rural people”. These campaigns varied greatly in depth and detail, according to the national context: for example, Scotland relayed the main conclusions from last year’s Scottish Rural Parliament, while Portugal’s national rural network Minha Terra organised more than 170 local or regional events with nearly 4000 participants. These ideas from the grassroots were synthesised at national level, for use in national campaigning, and then at European level last week, leading to the agreement and affirmation of a European Rural Manifesto. The 250 delegates to the European Rural Parliament from all the countries involved in the cascade of ideas drew on the contents of the national reports during two intensive days of workshops and plenary meetings, distilling their contents and then debating line by line, finalising and adopting the European Rural Manifesto. We also endorsed the broad contents of a book “All Europe Shall Live – the voice of rural people”, which synthesises the national reports and draws out the main issues.

The generous spirit in which all these discussions and debates took place was impressive and inspiring, reflecting but also generating mutual respect, energy and enthusiasm. The process reflected the diversity of rural Europe but also asserted common values and a shared vision. The Manifesto calls upon the EU and national governments for full recognition of the right of rural communities to a quality of life, standard of living and voice equal to that of urban populations.

“Our vision for the future of rural Europe is of vibrant, inclusive and sustainable rural communities, supported by diversified rural economies and by effective stewardship of high-quality environment and cultural heritage. We believe that rural communities, modelled on that vision, can be major long-term contributors to a prosperous, peaceful, just and equitable Europe, and to a sustainable global society.   The pursuit of our vision demands in every country a refreshed and equitable partnership between people and governments.  We, the rural people and organisations, know that we have a responsibility to give leadership and to act towards our own collective well-being. But we also fairly demand that governments at all levels, including the European institutions, work to make this crucial partnership effective.”

The Manifesto goes on to address the social, economic, political and environmental challenges facing rural Europe while also emphasising the potential contribution rural areas and people can make to European and national as well as local and regional goals, if supported by governments and international institutions. Importantly it asserted the rights of people, whoever they are and wherever they live, and the shared responsibility of governments and civil society to promote human flourishing in rural and urban areas alike.

Both the Rural Manifesto and the report, All Europe Shall Live – the voice of rural people, can be found on the European Rural Parliament website, along with much more information.