In the first of our blog series ‘Interactions, Interdisciplinarity, International’, one of our regional stakeholders talks about their appetite for academic research to make a difference.

I am recently returned from a conference in Tallinn, Estonia involving social researchers from 16 universities in EU countries. I went with Karen Laing and Jenny Hasenfuss from the Newcastle University Institute for Social Renewal and Simon Hanson from the Federation of Small Businesses in the North East. This was part of the EU Horizon 2020 ACCOMPLISSH project that encourages academic social researchers to have more impact through collaboration with government, business and the civil society sector – my sector, I am Chief Executive of Children North East a large local charity. 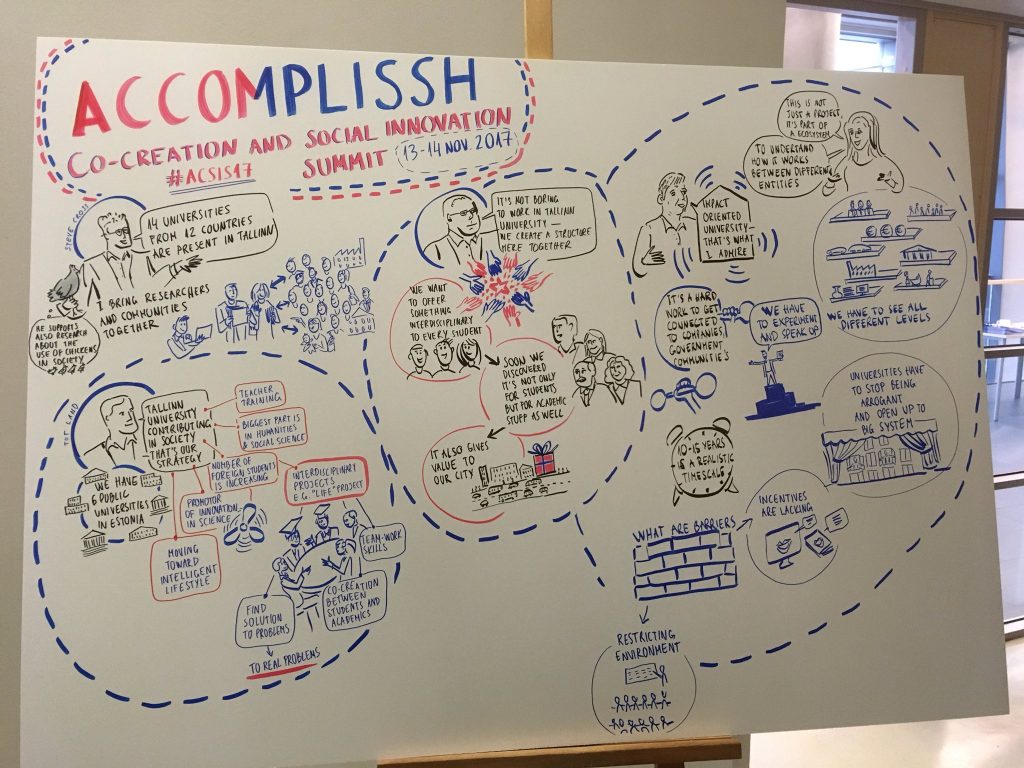 There were a lot of academics at the European conference but not a lot of people from government, business or the third sector. The project has been running for over a year and the theme of this conference was ‘from words to action’ so you would have thought there would be more of a mix. Between the four of us from Newcastle we gave two presentations about joint work we have done, both of which were well received. It felt good to be ‘on message’, but we were the exception; no other universities ran workshops about their collaborations. Why?

Most of us in the charity world are practical, ‘can-do’ sorts, if there’s a social problem to be addressed or an injustice to be challenged we just get on with it and do what we can. I suspect it’s much the same in the business world – lots of action. I am not a university researcher so forgive me if a caricature but I wonder if some of our EU colleagues are a bit stuck in ivory towers? I did feel there were quite a lot of people a bit like that at the conference.

That is a shame because although the charity world is full of good intentions sometimes our efforts are wasted. For example we are good at responding to needs but not at tackling underlying structural causes; we don’t always ask whether there is a better way to respond; and we aren’t good at learning from other places. Social scientists could help us with those questions and together we could do more good and make more impact on policy.

I am certain there are questions and issues social scientists know of and want to explore or have an impact on, I always find it stimulating when an academic approaches us with an idea, but the best projects are those that blend research and delivery – and I don’t just mean ‘evaluation’. One recent example was a large holiday project last summer – the researchers (from Northumbria University) wanted a large-scale research project that would demonstrate the importance of holiday projects to tackle holiday hunger and Children North East wanted to alleviate the suffering of poor children during the long summer holiday. The different aims converged and we were able to jointly plan and deliver a successful project.

So let’s have more collaborations like that. Here’s an open invitation to social science researchers everywhere – please get in touch and talk to us about your aspirations – they may well converge with ours.

Jeremy Cripps is Chief Executive of Children North East, a charity based in Newcastle upon Tyne which transforms the lives of disadvantaged children by working with them in their families, schools and communities. The charity employs 65 staff and 90 volunteers who work in projects across the north east region of England. By profession Jeremy is a children’s social worker and has worked in local authorities and children’s charities as a practitioner, manager and senior manager. In a long career he says there has never been a dull moment!