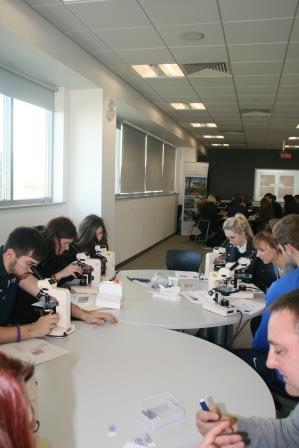 On 20th November 2013 we have participated in the STEM event organised for the Gateshead A-Level science/maths students by Gateshead College. This event involved ~12 workshops prepared by scientists from Newcastle and Northumbria Universities as well as local businesses representing STEM-type careers, such as electrical engineering, software & games, sports science, etc. The IGM Public Engagement Committee hosted a ‘Biomedical Science’ workshop of 45 minutes repeated 5 times during the day to different students (~8-10 per workshop).

Jon Ingledew (Muscle team), Stephen Lisgo (HDBR) and Kasia Pirog (Skeletal group) contributed short hands-on activities to showcase the IGM research and allow the students to ask questions about the career in science in an informal setting. The workshop was very well received and the attending students were very enthusiastic. 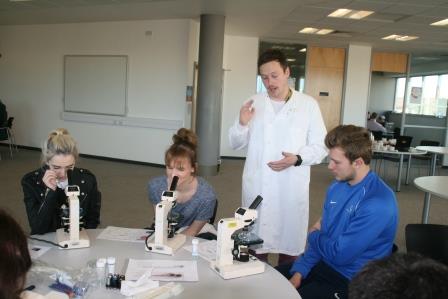 Based on the feedback we were asked to contribute to the future STEM events in the Gateshead-Newcastle area. If you would be interested in taking part in such events, please drop us an email at: IGMengagement@ncl.ac.uk