This blog piece is the latest in our New Voices in Social Renewal series and is by Daisy Gibbs, PHD student at Newcastle University and provides a fascinating insight into the music from an evocative period of history. 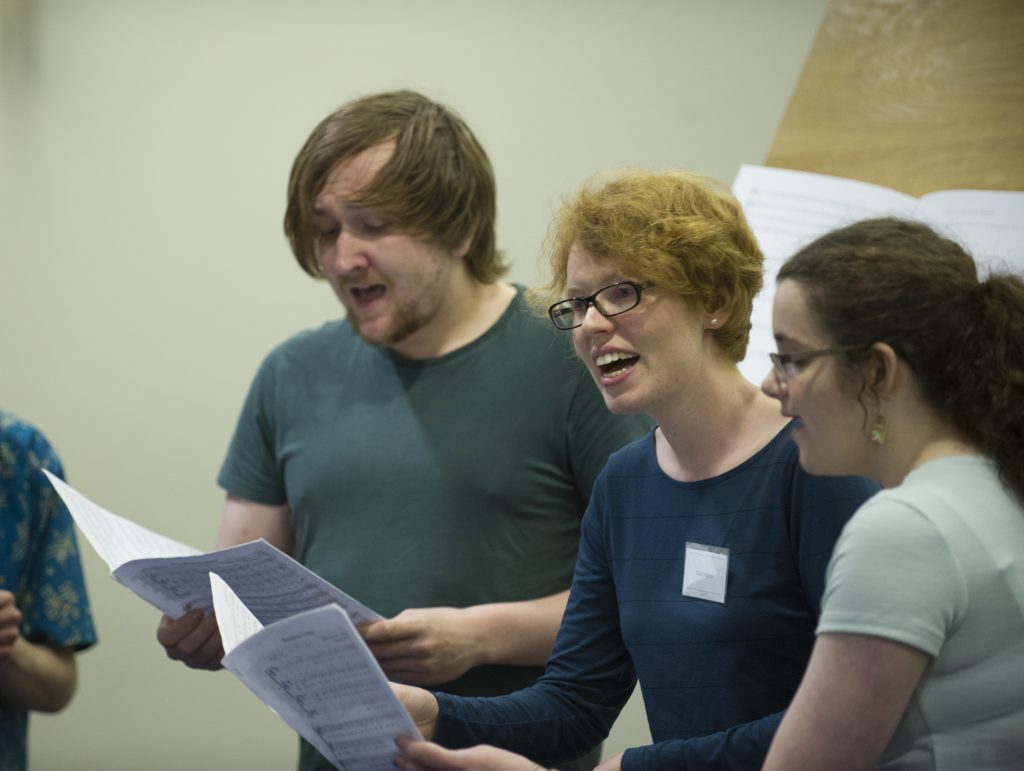 When someone asks me what I study I usually say something like ‘Music in the English Reformation’. It may not be wholly true but people do tend to know what it means! In fact, I’m studying the music collections of Elizabethan amateurs, compiled after England officially became a Protestant country in 1559 but at a time of continuing religious change, negotiation and unrest. These collections survive in dozens of manuscripts scattered in libraries across the country, many of them copied by identifiable individuals. I’m using several case-studies to find out how and where they acquired their music and what encouraged them to choose the pieces that they did.

Helping me in my search is the fact that most of these books don’t just contain music. Many also contain marginal notes, drawings, and even poetry, and their combination of music and paratext carries a huge amount of information. Some copyists seem to have been motivated by concerns which today are all too ominously familiar: a jingoistic pride in Britishness and British art; an ‘island mentality’, and a consequent need to compete with the older and more established music industry of Europe. There are even a couple of references, in the manuscripts of the Oxford don Robert Dow, to ‘our race’, defining the British people not by citizenship but by blood. Sometimes moments like these just make you want to close the books, stop reading, and hope it all goes away. But at other times, even if we know next to nothing about the people who copied the music, we can sympathise with them, because their concerns were the same as ours are now. Among their number we find friends gathering after dinner to entertain themselves with wine and singing, students and schoolchildren copying music to learn before their next lesson, connoisseurs annotating their books with which pieces they thought the best and – in a couple of cases – rather ill-informed criticism.

But that’s not all. Some of the most intriguing books to survive are those which contain music written for Catholic church services, before the accession of Elizabeth I – music which it was now treasonous to perform in public. At this time Roman Catholics were reviled and persecuted: it was illegal even to be a Catholic priest in England and as the reign progressed, the fines for non-attendance at Church of England services were ramped up and up. Some Catholic families lived in constant fear. And yet. Although some of the copyists we can identify were Catholics, others were right at the heart of the conformist establishment, including a schoolteacher, John Sadler, and a singer in the Chapel Royal, John Baldwin. Their books show a love and appreciation for the cultural legacy of Catholicism. Though they might have strongly disagreed with what it stood for, these people could still understand its beauty and value. Even today – especially today – at a time when many are becoming increasingly intolerant of difference, we can learn from such open-mindedness.

My research will not put an end to extremism and it’s not trying to. But, in our study of these Elizabethan musicians, my colleagues and I are uncovering what must surely offer hope in times of change: a deep appreciation of a very different and at times hostile culture, its artistry and sophistication; a quiet love of the past without finding any need to revive or relive it; and the recognition that, however trying the times, those human constants of good music and good company can always provide us with an anchor of sorts; as it were, the calm in the eye of the storm.