This year for Space Day, Earth Science student, Jade, explains all about the structure of the sun, moon and the planets in the solar system.

Europa (a moon of Jupiter)

Europa has an iron core, a rocky mantle, an ocean of salty water, and a lot of ice.

This week, we’re focusing on questions around Earth Science and other planets.

If the Earth is the right distance away for it to be not too hot, not too cold, how come the north and south pole are cold?

As the Earth goes around the Sun it spins on its own axis. The equator is the closest bit to the sun during the day so it heats up, and stays relatively warm during the night as the atmosphere is good at retaining heat. The poles however are always the furthest part away from the Sun hence never warm up and are thus are the coldest parts of the Earth.
– Leo, Mechanical Engineering Student

How do we get seasons?

The Earth’s axis of rotation is tilted by 23.5 degrees and so some bits of the Earth’s surface are slightly closer to the Sun than the other bits. So in the Summer, the Northern Hemisphere is angled towards the Sun; in the Winter it is angled away from the Sun.
– Leo, Mechanical Engineering Student

What are the rings of a planet made of?

– asked by a student from Mortimer Primary School

There are rings around all of the planets known as gas giants; Saturn, Jupiter, Uranus and Neptune. These rings are made up of asteroid and ice particles. Only the rings around Saturn can be seen from Earth as they contain more ice which reflects the sunlight more. The rings around most of the gas giants (Jupiter, Uranus and Neptune) were formed from the impact of asteroids and meteorites which threw dust out into orbit. Whereas Saturn’s rings were formed by the impact of an icy moon causing a lot of bigger chunks of debris to be thrown into orbit. Although the debris is pushing away from the planet the gravity pulls this debris towards the planet enough to keep it in orbit.
– Jade, Earth Science student

How do you make a planet?

– asked by a student from Bede Burn Primary School

All matter was formed in a huge explosion called the Big Bang over 13 billion years ago. There are two main theories about the formation of planets, but they are both driven by a force called gravity which is the force that keeps us on the ground and causes objects to fall when dropped. Gravity causes the material formed in the big bang to come together forming asteroids and eventually planets. As these asteroids crash into each other they release a lot of heat that causes them to melt. This melting allows the heavier, denser elements to sink to the centre of the planet and the lighter elements rise further up. This separation forms the layers within the planets.
– Jade, Earth Science student

Have any more questions you’d like to ask our experts? Write them in the comments below! 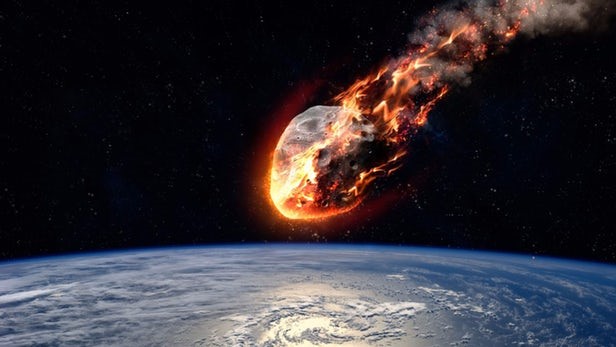 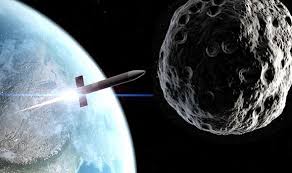 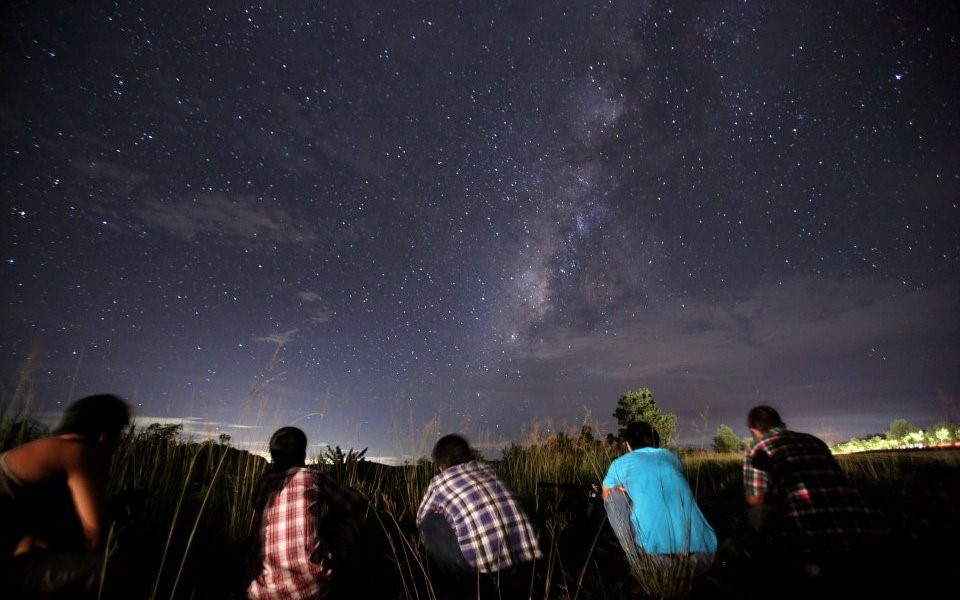 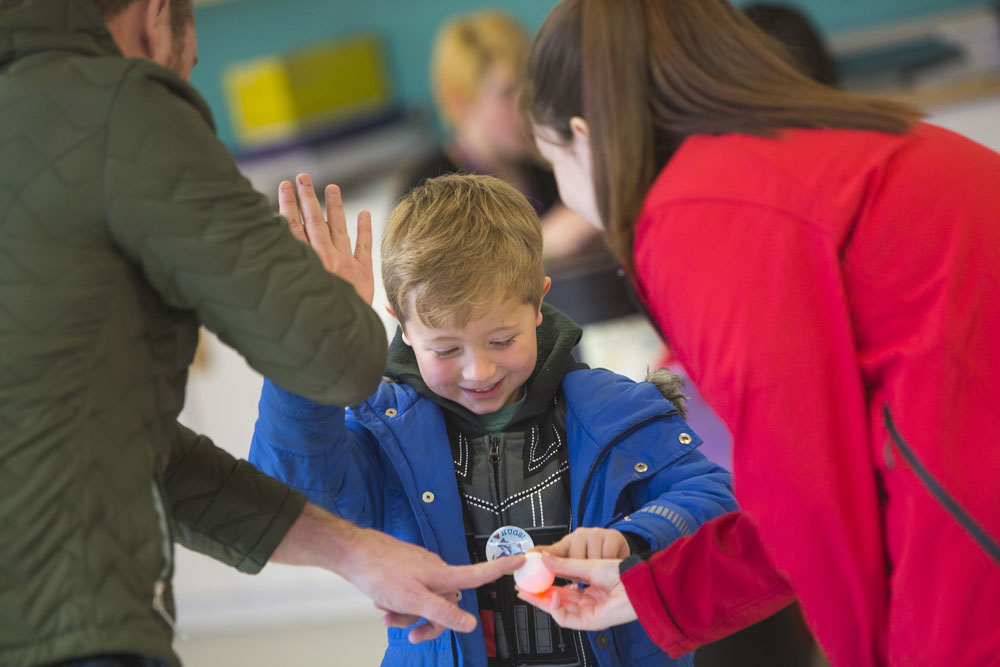 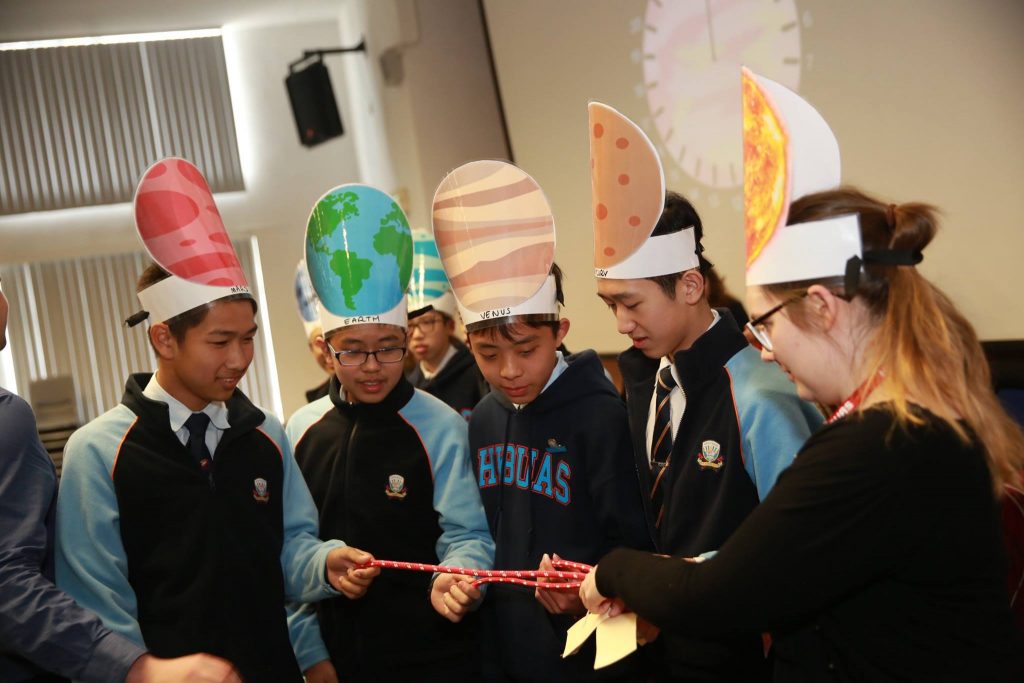 Recently NASA have found the TRAPPIST-1 Solar System (named after the TRAnsmitting Planets and Plantisemals I Small Telescope). It is 40 light years away in the constellation of Aquarius and has seven Earth size Exoplanets (planets that orbit a star that isn’t the Sun) that have the potential to support life.

This is a big discovery as it is the largest amount of Earth sized planets ever found around a single star and it might help in the search for life on other planets. 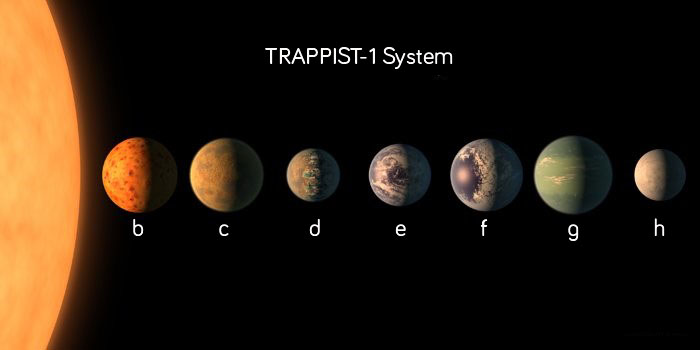 How did they find the TRAPPIST-1 Solar System?

It’s really rare to find this many planets that may support life in one solar system so its important to find out more about them. NASA are going to use transmission spectroscopy to study the composition of the seven exoplanets. This is a technique that gives information about the chemical composition of a planet and whether a planet has an atmosphere.

They are using more telescopes to study some of the other ultracool dwarf stars (like TRAPPIST-1), to see if they also have exoplanets that could support life.