Today is World Animal Day, a day to celebrate and raise the status of animals. Humans are often thought to be the animals with the highest status and intelligence due to our effortless ability to use tools, develop language and dominate the globe. However there are millions of species that have evolved traits and talents that humans could only ever dream of. Here is our list of some of the most amazing animal adaptations.

Bioluminescence is the ability to emit light. Fire flies and glow worms are well known for their ability to light up but they are not alone, lots of insects and even a species of snail (Quantula striata) hold the protein Luciferin, allowing them to emit light. The protein reacts with oxygen using a specific type of enzyme – luciferase. The chemical reaction gives off the bright glowing colours.

Deep down in the ocean, there is little light from the sun so many marine animals have evolved bioluminence. Others, such as the Sea Goosberry above don’t emit their own light but can refract light to give this dazzling rainbow effect. Even if it’s not technically bioluminescent – we’re still very jealous!

In contrast to flashy bioluminescent animals that stand out, some creatures prefer to blend in…

When you think of a camouflaged animal, most people would think of the classic colour–changing chameleon but octopus and squids are the real masters of disguise. They have thousands of cells known as chromotaphores across their skin, these contain pigments and can expand and shrink to change the colour of the skin. These animals can also change the appearance of their skin’s texture and use their soft body and tentacles to morph into a different shape.

The Mimic Octopus takes this a step further and manipulates its body into the shape of other animals to fool its predators into thinking it’s a different marine species – now that would be a fun superpower to have! 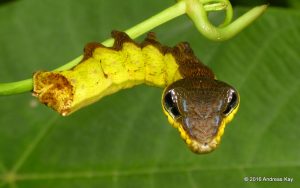 All the most famous superheroes have a disguise! Like the mimic octopus, some relatively harmless animals have found a clever way to avoid predators by copying the colours, body shape and even behaviour of harmful species. This is known as Batesian Mimicry, and can be seen in animals such as the caterpillar Hemeroplanes triptolemus above, which cleverly disguises itself as a poisonous snake by blowing air into its head!

Mimicry can also happen when two harmful species that have a common predator evolve separately to have similar warning signals such as bright colours or patterns, that show the predators that they are poisonous or taste unpleasant.  This is known as Mullerian Mimicry and can often be seen in butterflies and snakes. So two entirely different (and possibly poisonous!) species of butterflies may look identical. 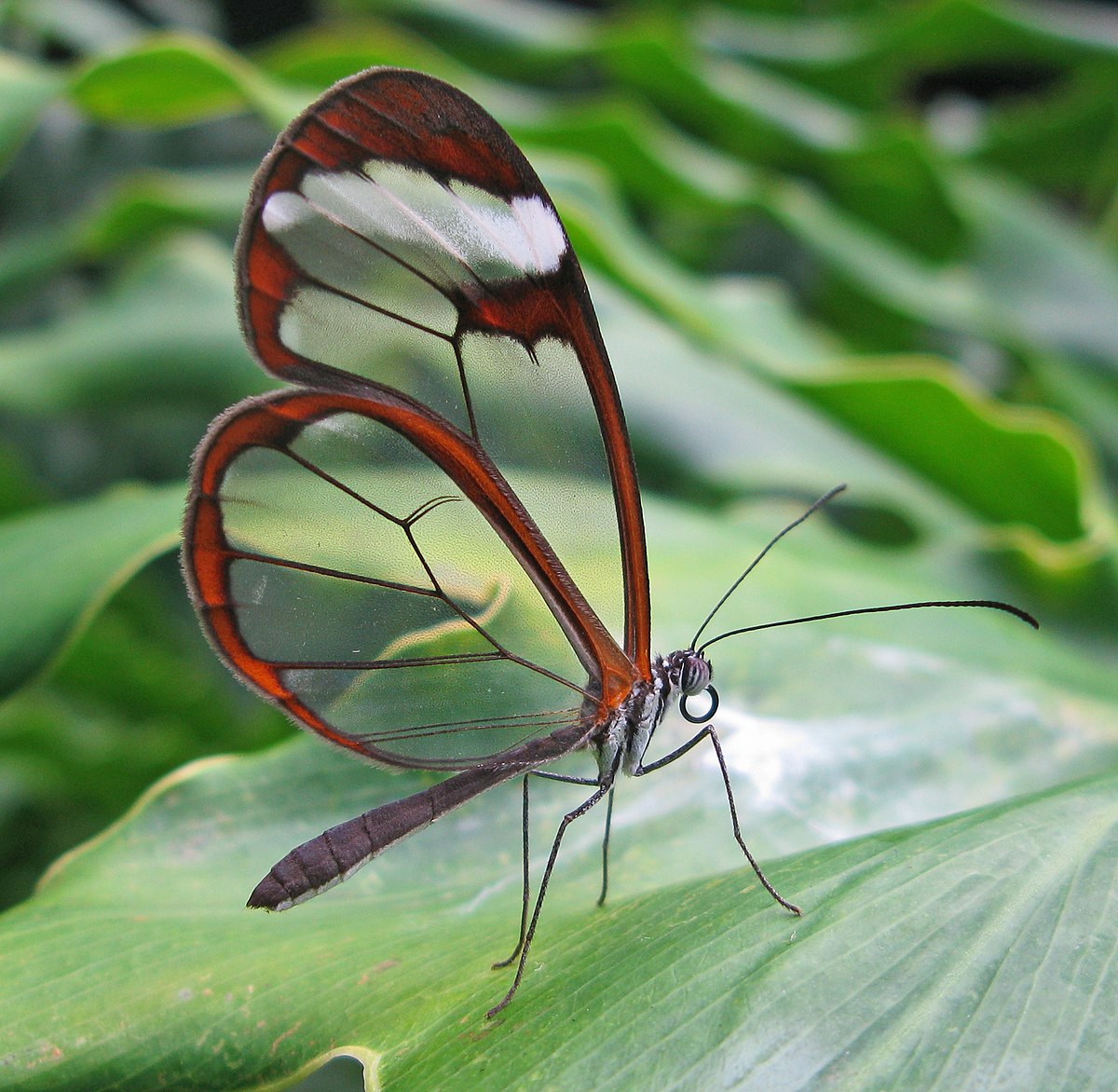 If camoflauge doesn’t work, how about being invisible? Maybe not completely invisible, but many species have come close by evolving to become transparent. The glasswing butterfly has evolved to have transparent panes in its wings, making it more difficult for predators to spot.

The glass squid and some species of jellyfish have evolved transparent bodies making them extremely difficult for predators to spot them in the depths of the ocean. If all these adaptations for hiding fail and you’re caught by a predator – what next? Well some species such as the Mexican salamander, the axolotl, have evolved the ability to regrow parts of the body so it’s not a big deal if something does take a bite out of them.

When an axolotl loses a limb, the cells at the cut off point lose their identity; they are no long skins cells or muscle cells and they become generic cells that are able to develop into whatever the axolotl needs them to be to regrow whatever was lost. Whilst humans have come a long way in developing amazing prosthetic and even bionic limbs, we’re unlikely to evolve the ability to completely regrow body parts anytime soon.

If you want to see some amazing axolotls yourself, take a trip to Newcastle University’s Natural History Museum, the Great North Museum: Hancock. 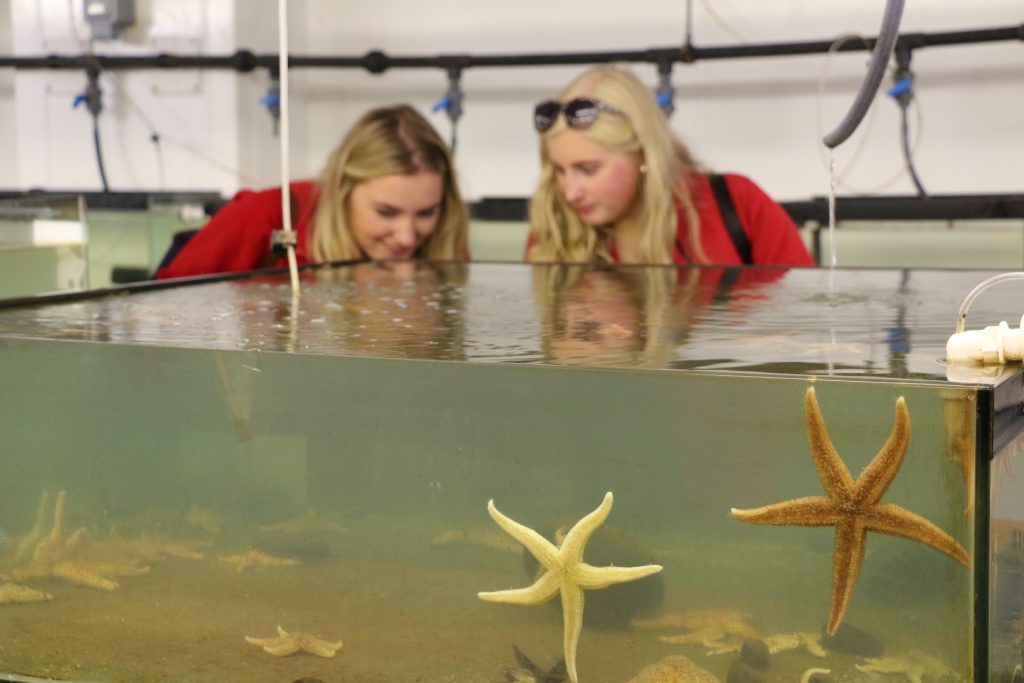 Speaking of regrowing limbs – starfish can also happily regrow spines but that’s not their only talent – they can also digest their food in a very interesting way. Instead of taking food in through the mouth, instead they take their stomach out of their body and put it on the food. Their stomach then digests the food into a mushy soup which the starfish can then draw into it’s body along with it’s stomach.

Perhaps this wouldn’t be top priority for a superpower but it is impressive! You can see the starfish in action in our aquarium at the Dove Marine Lab in Cullercoats. 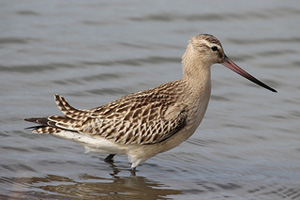 Moving from the seas to the skies, I’m sure many of us would love to have the ability to fly. Of course many creatures have mastered this, mainly birds and insects but some reptiles, fish and mammals, such as the flying squirrel, have evolved flaps of skin that allow them to glide through the air.

One of the most impressive flyers of the animal world is the bar-tailed godwit. This little bird weighs around 500g but is capable of flying immense distances. The longest recorded migration of this species was from Alaska to New Zealand – a distance of 11,680km! The journey took nine days and the bar-tailed godwit didn’t stop once. Very impressive considering most of us couldn’t even stay awake for nine days!

Onto another famous flyer – the bat. Flight isn’t this mammal’s only superpower as it can also navigate in the dark without sight. It does this by using echolocation. Bats send out a high frequency sound and listen for the echos coming back. By comparing the outgoing sound with the returning sound, bats tell how far away obstacles are, how big they are and even if they are moving. They are able to build up a picture of the world around them using sound, just as we are able to using sight.

This impressive power may not be so out of reach for humans. Several blind people have taught themselves how to navigate using echolocation. They produce sounds either by tapping a cane against the floor, creating clicks with their tongue or snapping their fingers and then listen for the echos, just as echolocating animals do. Whilst some animals, like bats, have relatively poor vision, other see much more than we could imagine. The light that we can see, known as the visible spectrum, covers the wavelengths 380nm – 760nm. Ultraviolet light sits just outside this so our eyes are unable to detect it. Some animals including butterflies, some birds and even reindeer have evolved the ability to see UV.

Reindeer are thought to have evolved this ability as it helps them identify lichens for food, and urine indicating predators in the snow. To us, these would blend in but in ultraviolet light there is much more of a contrast. 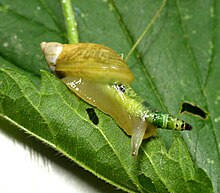 Our final adaptation may perhaps be the most sought after superpower – mind control. This isn’t just the stuff of science fiction movies and comic books, some animals have actually achieved it. The green-banded broodsac is a parasitic flatworm that infects snails in order to reach birds, their ideal host species. The parasite infects the snails and causes their tentacles to bulge, making them look like a caterpillar. It influences the snail and makes them move from the shade and up to the tops of leaves and branches where they are easily visible to birds. As the tentacles now look like a delicious meal for the birds, they’re prime targets. Once eaten, the parasite is able to continue it’s life inside the bird.

Which of these animal superpowers would you like to have?