Dippy is a famous diplodocus skeleton cast that has been on display in the London Natural History Museum since 1905. Today it was disassembled as Dippy is going on tour throughout the UK! Dippy is visiting eight places across the UK between February 2018 and October 2020. We are very excited as Dippy is coming to the Great North Museum between May and October 2019. 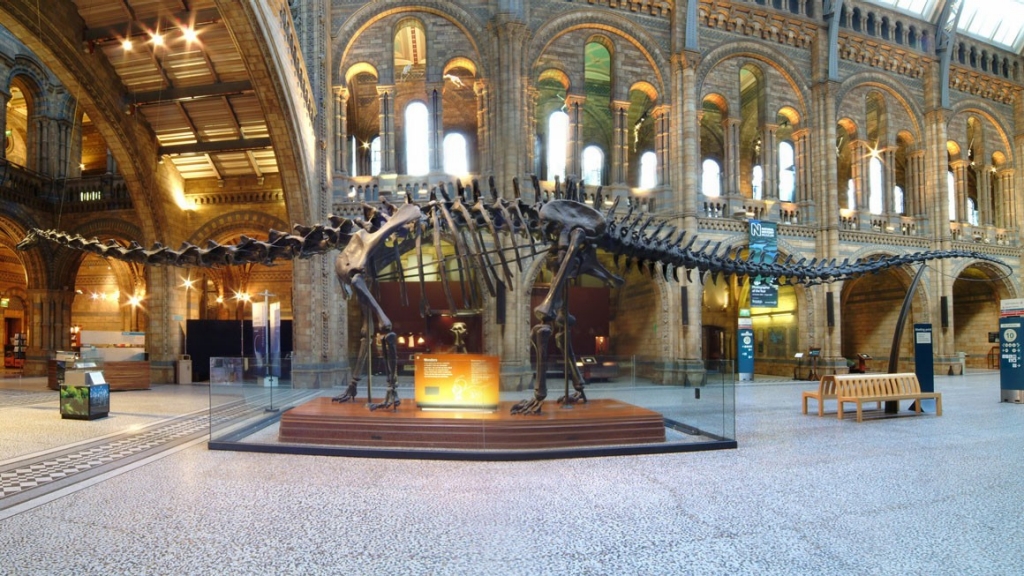 Dippy’s history begins when a skeleton was discovered in Wyoming, USA in 1898. It was a new type of diplodocus and at the time it was described as ‘the most colossal animal on earth”. Andrew Carnegie acquired the bones for the Carnegie Museum in Pittsburg, USA, hence the new species was named Diplodocus carnegii  after him. King Edward VII saw a sketch of the diplodocus and mentioned how he would like a similar specimen for the Natural History Museum in London. Andrew Carnegie then made a cast of his specimen and Dippy was created.

Dippy was disassembled during World War II to protect it from bomb damage. It made the move to Hintze Hall (the main entrance hall of the museum) in 1979. Dippy was taken down today, as it is going on a two year tour of the UK.