This week we are going to make chicken sounds from a cup! 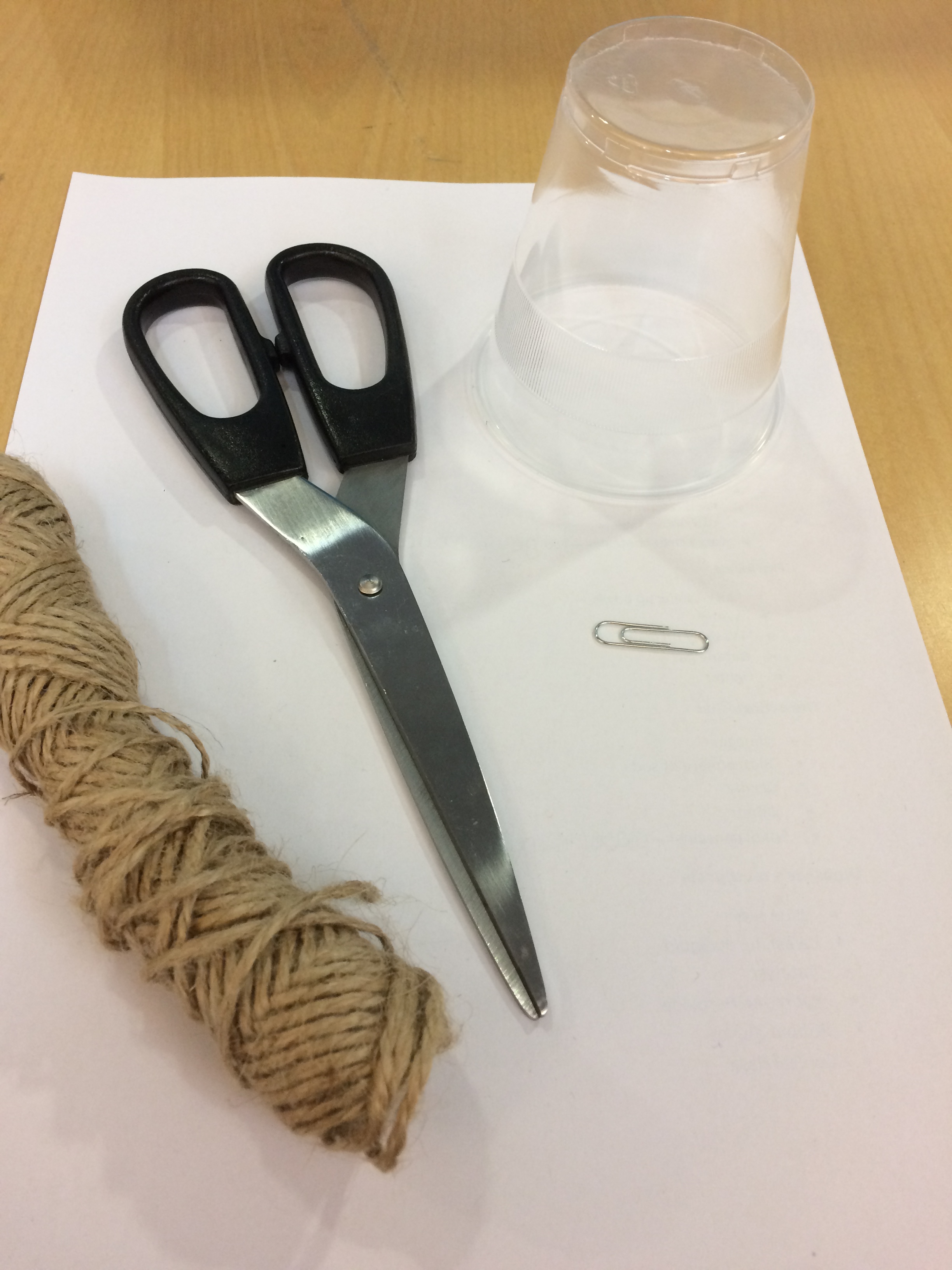 First put a hole in the top of your cup. We found it easiest to push a pin through and then make the hole larger with scissors.

Cut a piece of string that is about 20cm long and put it through the hole in the cup.

Tie the top end of string to the side of the paper clip. 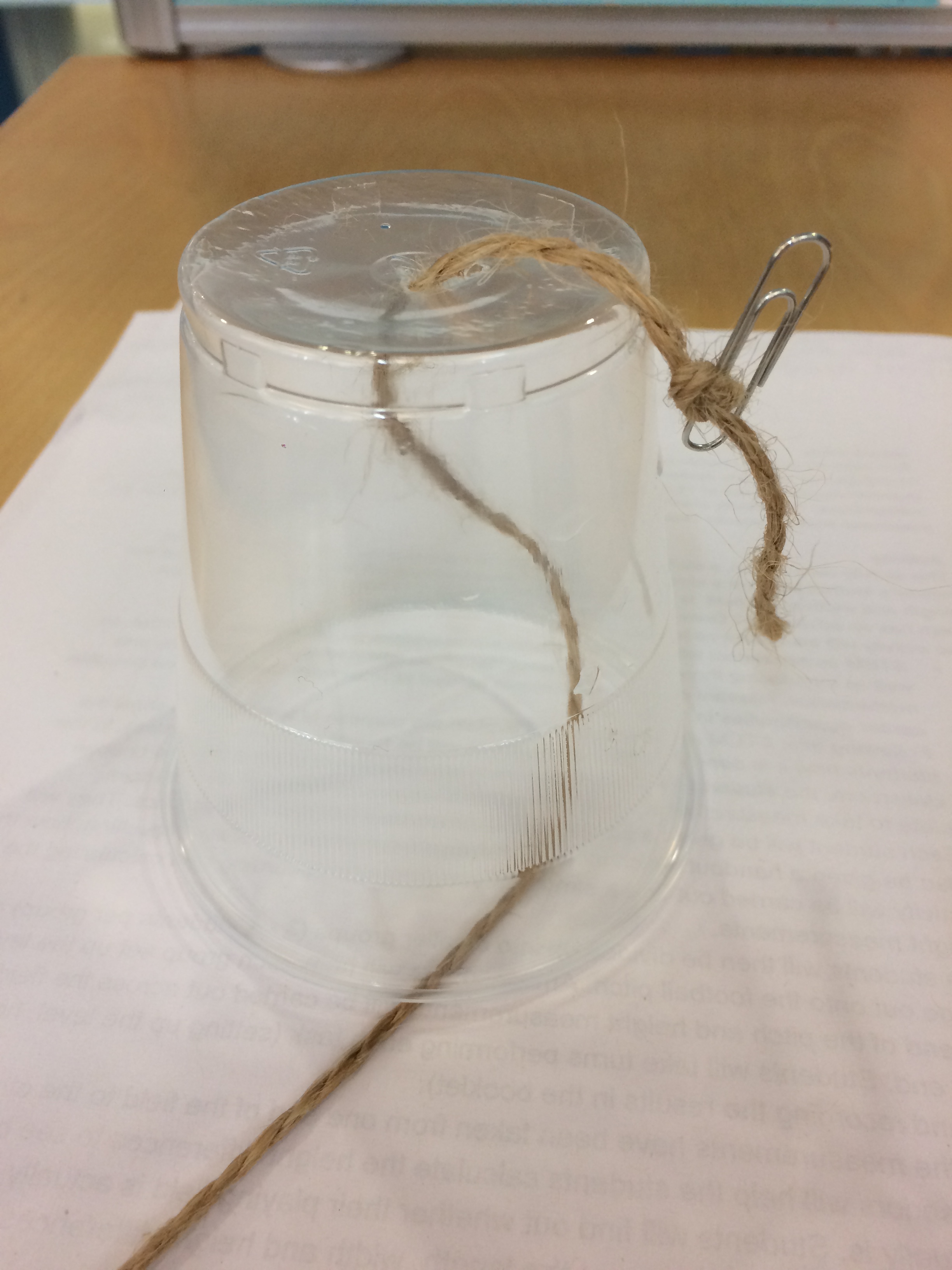 Sound travels in waves, which cause particles to vibrate and causes the sound. The vibrations from the string would normally be almost silent without the cup.

When you add the cup it amplifies the sound and makes it much louder. This is because the cup is a solid object, and there are lots of closely squashed together particles in a solid object for the sound waves to hit and vibrate. The more vibrations the LOUDER the sound.