A tortoise is a turtle but a turtle is not necessarily a tortoise.

Confused? The term “turtle” can refer to any type of reptile with a shell, but when this is broken down into species we have tortoises, terrapins and… turtles. This means that a turtle is technically a type of turtle, and tortoises and terrapins are two other kinds of turtle! Anyway, now that riddle is out of the way, it’s time to celebrate World Turtle Day! We’re treating you today with ten facts about the majestic sea turtle…

1. Sea turtles belong to a group of reptiles called Testudines, which includes turtles, tortoises, and terrapins. This is one of the oldest reptile groups in the world, dating back to the time of the dinosaurs, over 200 million years ago -beating snakes, crocodiles and alligators!

2. Turtles have an incredibly long lifespan – the oldest recorded was a turtle named Tu”i Malila, of Tonga Island, who passed away at an incredible 188 years old!

3. Sea turtles travel thousands of miles over the course of their lifetimes, migrating between foraging grounds and nesting beaches. One female sea turtle was recorded taking a 12,000 mile round-trip across the Pacific Ocean, from Papua in Indonesia to the northwest coast of the United States – that’s a lot of swimming!

4. A leatherback sea turtle, the largest species of turtle, can weigh up to a whopping 900 kilograms!

5. When it’s time for a loggerhead turtle to lay her eggs, she will return to the same beach on which she hatched – an impressive navigational feat! Scientists say their ability to find their way home is a result of the turtles use of the Earth’s magnetic field.  Each part of the coastline has its own magnetic signature, which the animals remember and later use as an internal compass. Forget sat-nav – we’re all about mag-nav.

6. A turtle’s sex is determined by a rather unusual factor – the temperature of the nests. Warmer nests produce female hatchlings, whilst cooler ones result in male hatchlings. This unfortunately leaves turtle eggs vulnerable to climate change; global warming means we are seeing fewer male hatchlings.

7. Baby sea turtles do not have an easy time… Once they’ve emerged from their shell, they have to make it across the beach to the sea, avoiding birds, snakes, crabs and other creatures who’d love to gobble them up. Those that do make it to the water face further threats from other predators, such as sharks and big fish. It’s estimated that survival rates can be as low as 1 in 1000. 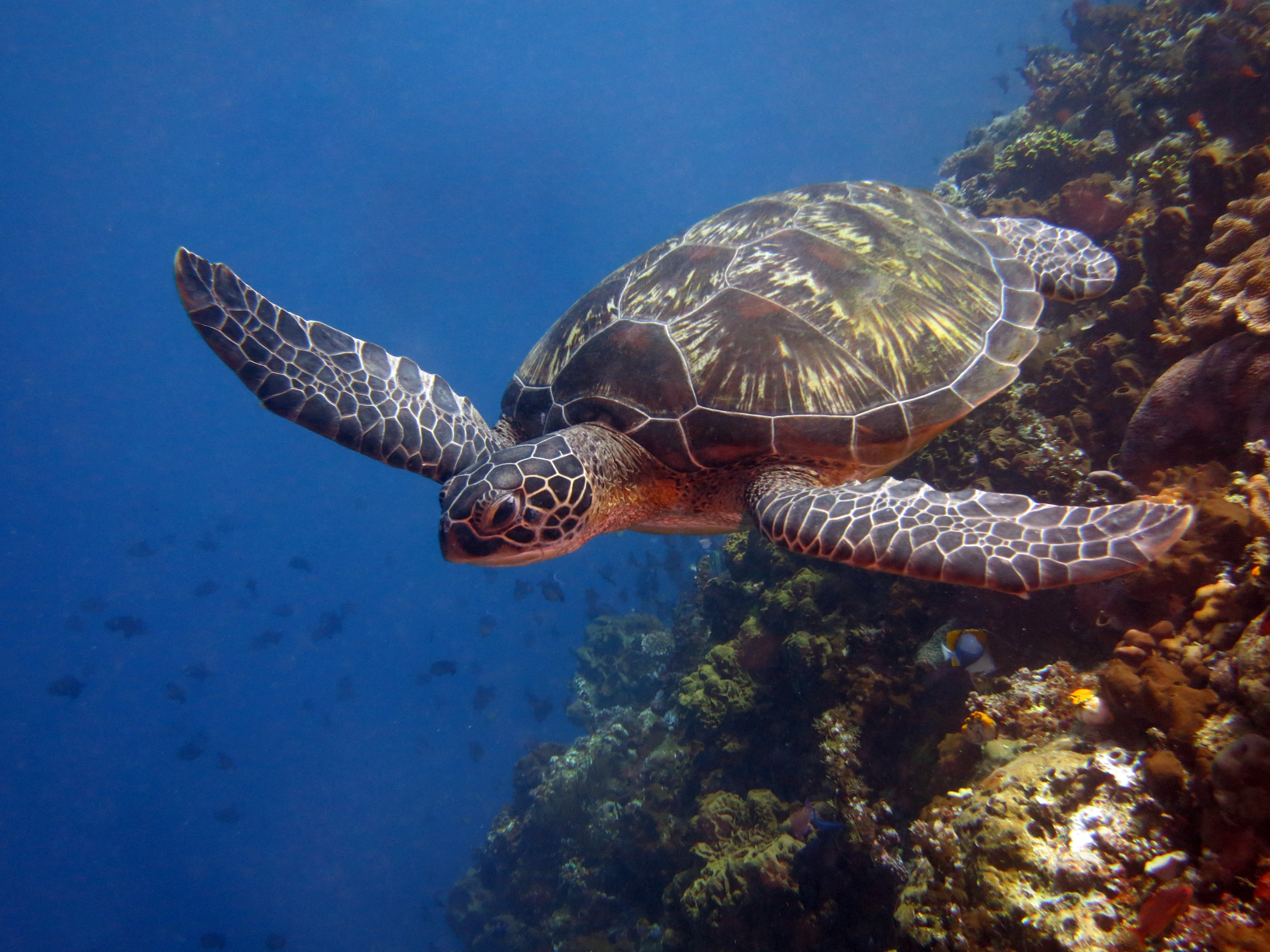 8. Green sea turtles are quite the free-divers – they can stay under water for as long as five hours at a time! Their heart rate slows to conserve oxygen: nine minutes can elapse between each heartbeat.

9. Turtles have excellent senses. You might not expect them to be able to feel much through their tough shell – but it’s actually covered in nerve endings, meaning a turtle can easily detect the touch of a predator and retract into it’s shell.

10. Nearly all species of sea turtle are classified as endangered. This is predominantly due to human activity; one of the biggest threats to sea turtles is the fishing industry – turtles get caught up in nets as “by-catch” and ultimately die as result.

Fascinated by sea life? Why not take a look at the Marine Sciences courses Newcastle University offer? Check them out here.