New coins are always bright and shiny but they quickly become dull and tarnished. Today we are going to make our coins shiny again!

You will need 100ml of vinegar, some tarnished copper coins and a bowl. 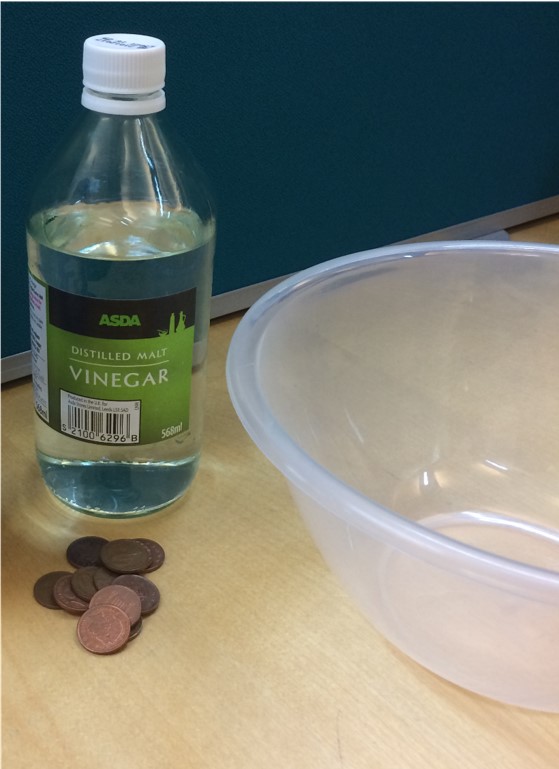 Pour the vinegar into the bowl and add the salt. Mix until the salt is dissolved. 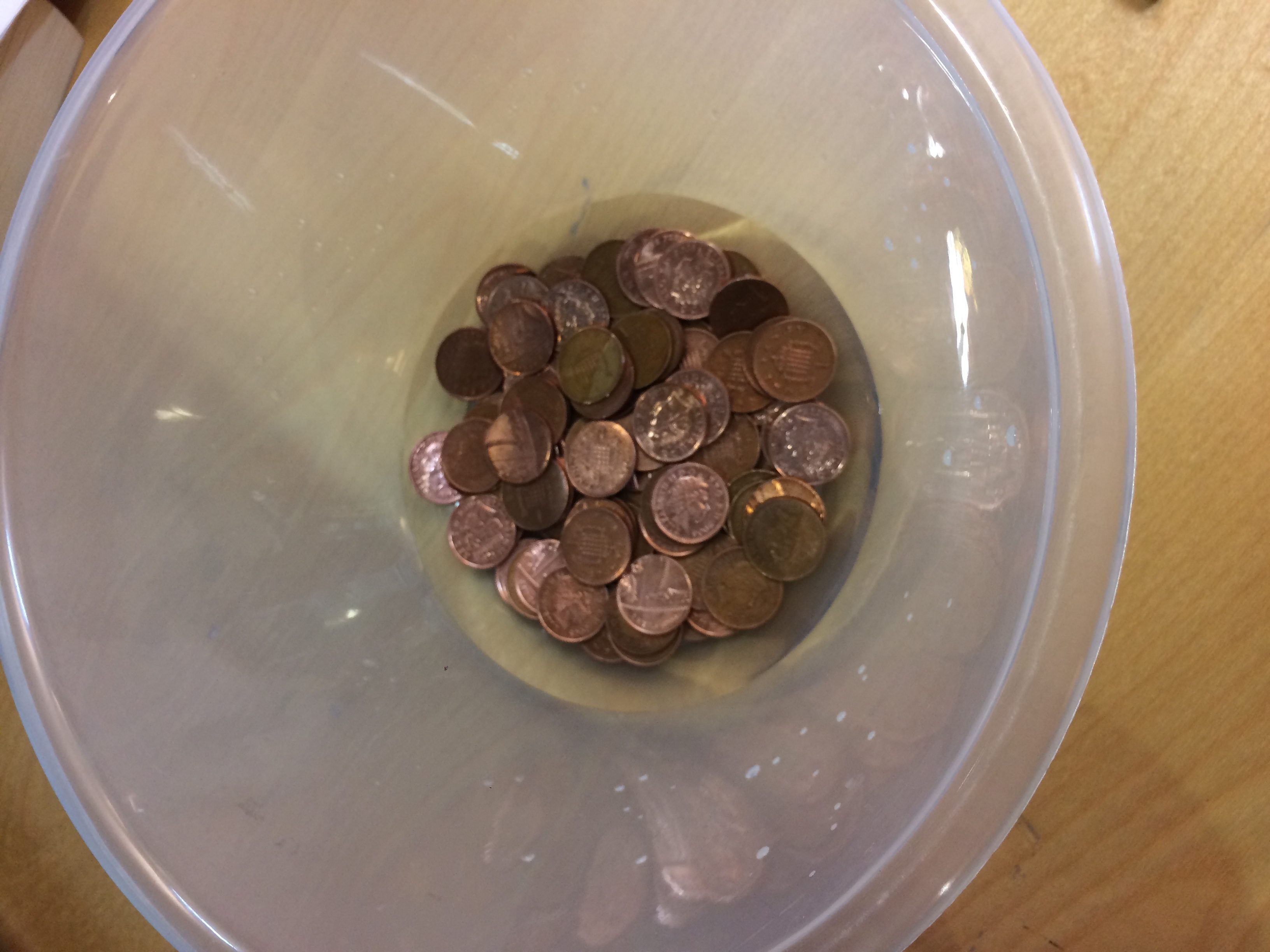 Try dipping a coin in and holding it there for 5 minutes. See how half becomes really shiny!

Put all your coins in and leave for 30 minutes. If you put lots of coins in the vinegar may turn green. 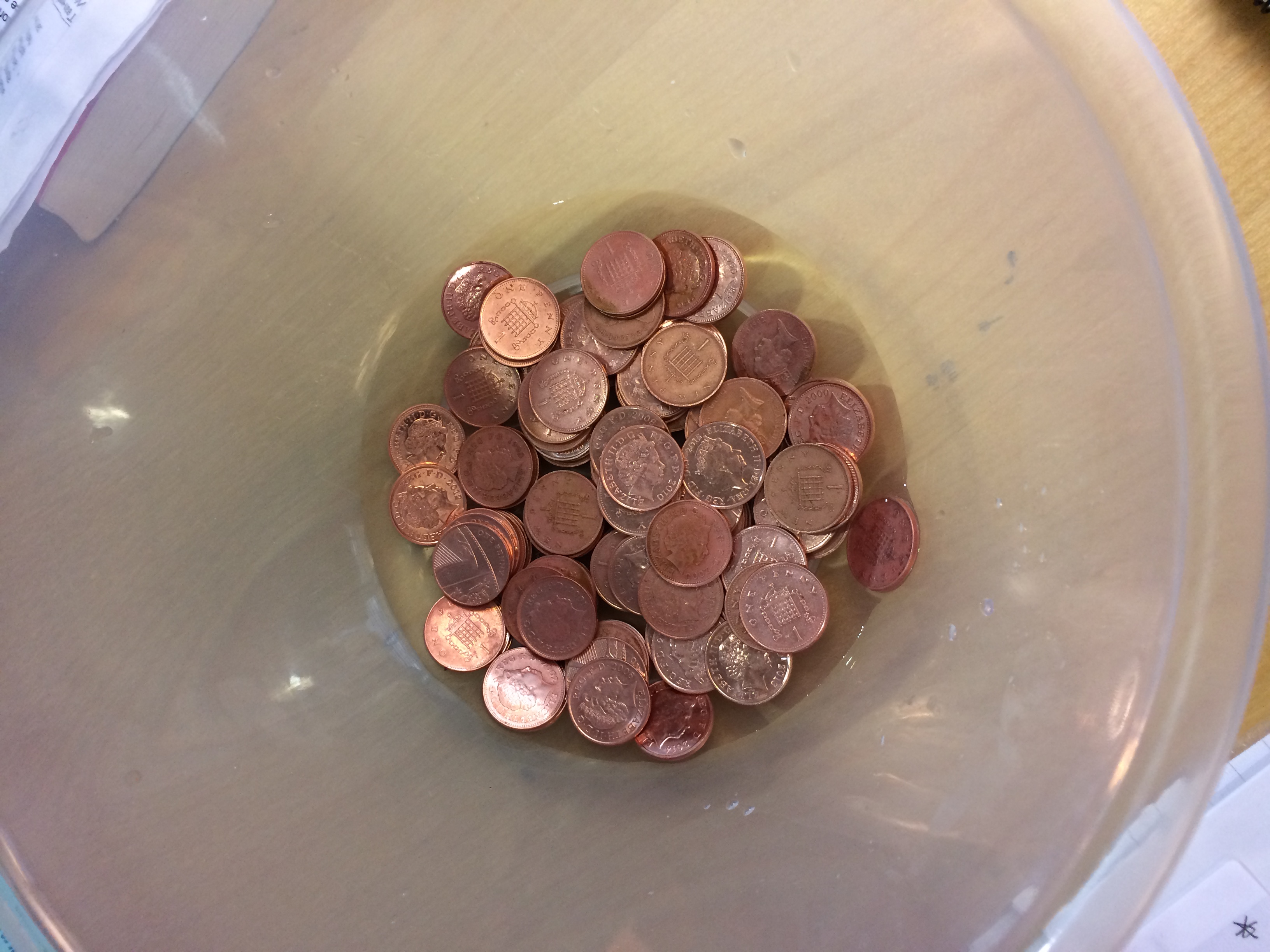 Make sure you rinse all the coins with clean water.

Coins become dirty due to oxygen in the air reacting with the metal to form copper oxide. They become darker as they age as the oxide layer increases. Vinegar is an acid (acetic acid) which can be used to clean up surfaces and remove the unwanted oxides. Acids release positively charged hydrogen atoms, also known as Hydrogen ions (H+) which react with the negatively charged oxygen in copper oxide and produce water (H2O). The copper that was linked to the oxygen dissolves leaving a nice shiny surface.

If your vinegar turned green this is due to all the copper dissolving and producing copper acetate.

Iron that is used to make cars, trucks and boats can also react with the oxygen in the air and oxidise, producing rust. If a car gets rusty, mechanics can use phosphoric acid  to remove it. It reacts with the rust, removing the oxide and replacing it with a layer of iron phosphate. This also protects the metal from rusting further.

Phosphoric acid is also found in coca cola, which is why it is so good at dissolving your teeth!