Happy Halloween! Here’s two of our favourite ways to make spooky slime with things you’ll find lying around the house, or in your local supermarket.

Ask an adult to help you remove the ink tube from the highlighter using a pair of scissors and squeeze the ink into the bowl. You might want to wear some plastic gloves to avoid getting the ink all over your hands!

Add the liquid glucose and mix (we added Halloween confetti at this point for an extra spooky edge!)

Gradually add cornflour and mix to get a slimy consistency, then add iron filings and mix, adding more as necessary.

Move the magnet on the outside of the cup, and watch as the slime creeps up the side!

If you have access to a black light, shine this at the cup to make your slime glow in the dark!

The cornflour and liquid glucose mix together to create a non-Newtonian fluid, a fluid that changes in viscosity (how runny it is) with a change in pressure applied to it.

When the iron filings are added and dispersed throughout the slime this makes the mixture magnetic!

The black light emits ultraviolet light which is invisible to the naked eye, but when shone on the highlighter it emits a brilliant glow!

Carefully cut open the lining of the nappy and shake out the crystals from inside onto a sheet of paper. You may get some cotton coming out too so just be careful to take this out before step 2!

Put the crystals from the nappy into the bowl or container, you’ll only need about a tablespoon full, and add about 250ml water and a splash of red food colouring

Stir the mixture and watch closely as the water is absorbed by the crystals and begins to look like a thick slime! Again, we added Halloween confetti to ours to make it even more mysterious!

To reverse this process, and turn the slime back into water and food colouring, all you have to do is add salt and mix and watch as the process takes place. 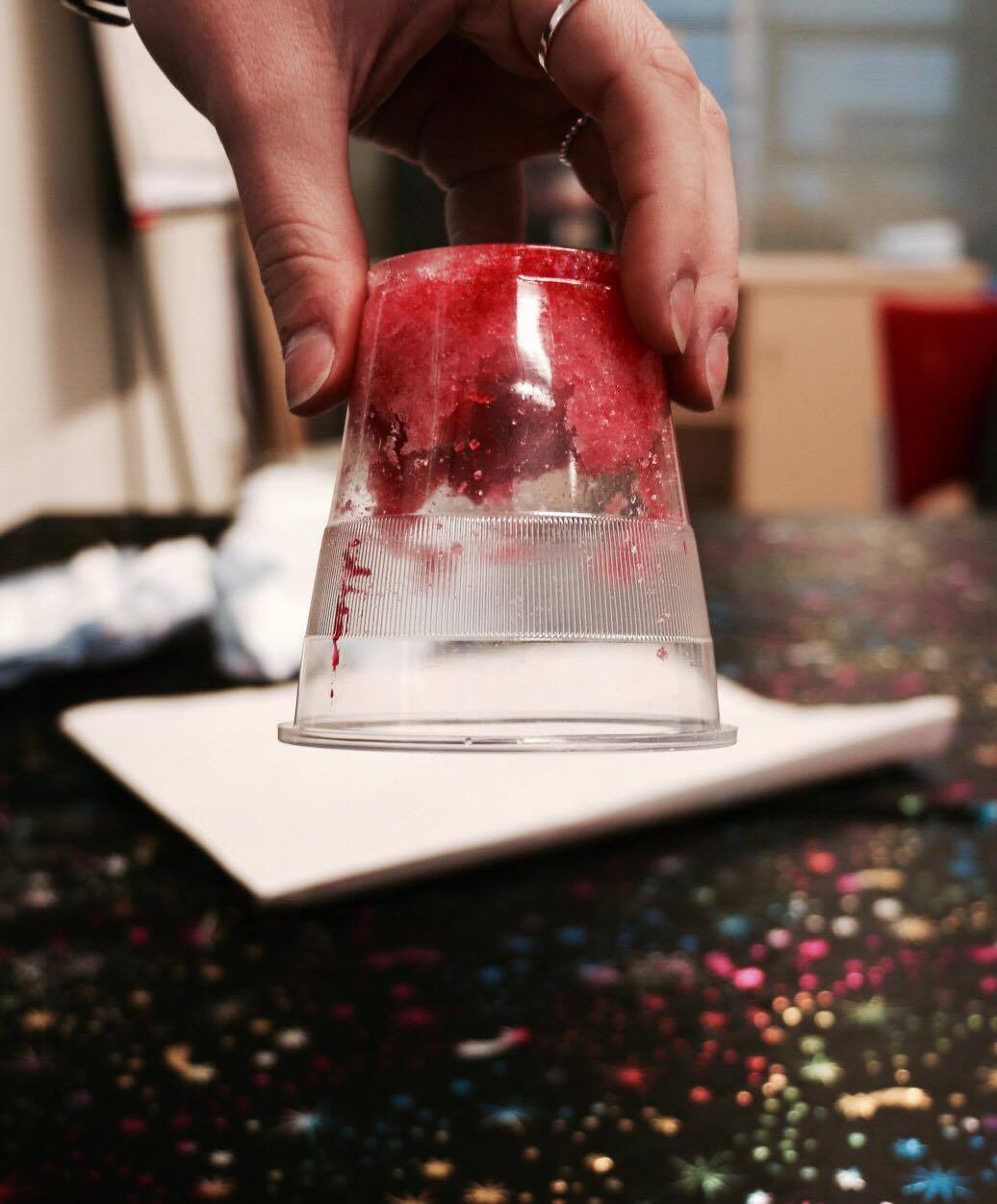 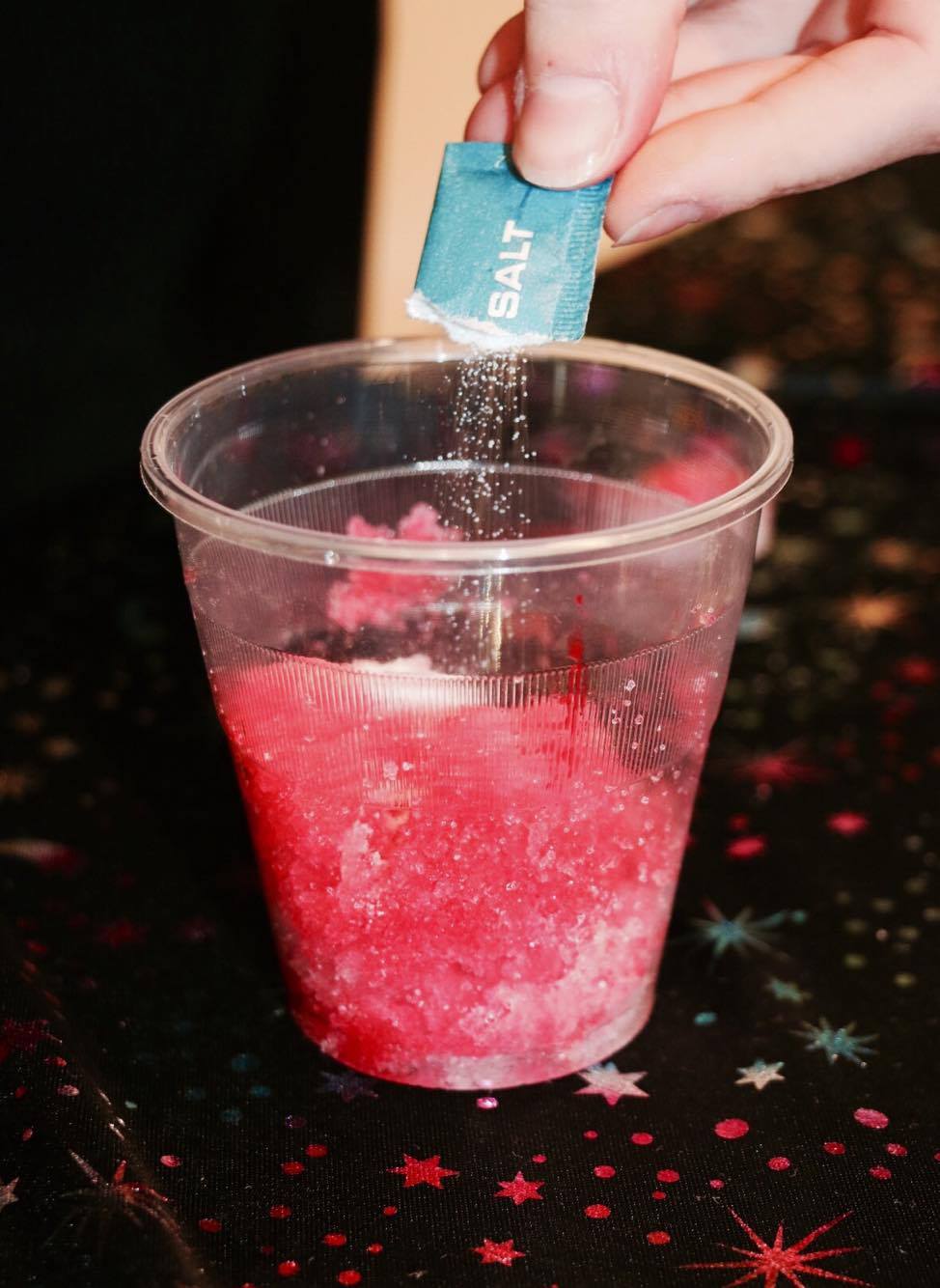 The crystals that are in the lining of nappies are known as a hydrogel. The hydrogel here is a polymer (a long chain of repeated molecules) called sodium polyacrylate and is superabsorbent, meaning it expands when it comes into contact with water and can hold a huge amount of liquid!

When the salt is added, the polymer collapses due to the a change in the ionic concentration of the solution and so the water-holding ability of the hydrogel is broken.

Happy Halloween! We all like being scared sometimes, whether it’s scary movies or a rollercoaster, but why do we get scared?

We feel fear when we see or hear something that makes us anticipate harm. If you are walking through a haunted house this Halloween and a skeleton jumps out at you, the skeleton is a stimulus that triggers a signal in your brain.

The hypothalamus is part of your brain that activates the ‘fight or flight’ response. When you are scared molecules of glutamate (a neurotransmitter) travel to the hypothalamus. This then triggers the autonomic nervous system, a response that you can’t control.

Nerves from the brain carry impulses to glands which produce adrenaline, released into the blood. Adrenaline causes our heart rate and blood pressure to increase making us ready to run away quickly.

When we get scared we also get goosebumps. This is a trait that evolved in our hairier ancestors. When our hair stands up on end it makes us look bigger and more threatening to whoever is scaring us. This is seen in other animals too, such as cats.

However, we aren’t scared forever. Eventually our body realises that there is nothing to be worried about.  Sensory data of what we have seen and heard is sent to the hippocampus in the brain which can store and retrieve conscious memories. It gives context to what we have seen and asks questions such as have I seen this before and what happened last time?

If a skeleton jumps out, we will realise that it isn’t real and is probably just someone dressed up! The hippocampus will determine that there is no danger and sends a message to the hypothalamus. Adrenaline production stops and our heart rate goes back to normal. 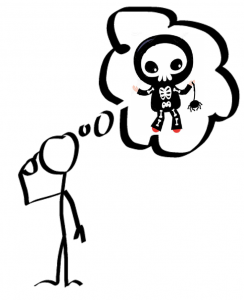 We have evolved to feel fear to allow us to survive. People and animals who feared the right things survived and passed on their genes. This makes sure we don’t do stupid things like picking up poisonous snakes or walking off buildings. 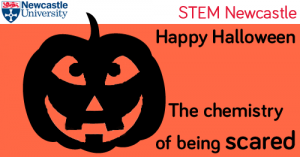