As part of our ‘Ideas for an Incoming Government’ series, Rachel Lofthouse from the Research Centre for Learning and Teaching (CfLaT)within the School of Education, Communication and Language Sciences at Newcastle University, writes about the pressing need for supportive improvements … Continue reading →

In the third of our blog series ‘Interactions, Interdisciplinarity, International’, Jenny Hasenfuss explores the practice of social innovation and what it means for universities. This blog will focus upon the recent ‘Social Innovation Skills Share’ workshop which took place last week coordinated by … Continue reading →

Reposted from Carnegie UK Trust Peter Hetherington chaired the joint Carnegie UK Trust and Newcastle University Institute for Social Renewal event in North Shields on 11 July 2017, the discussions of which are summarised below. Peter is past chair of … Continue reading →

On 14 July 2016, the Prime Minister Theresa May announced her new Cabinet, following a significant reshuffle and re-structure of Government. In this context, researchers from all over Newcastle University express their thoughts on the challenges and opportunities for the … Continue reading →

On 14 July 2016, the Prime Minister Theresa May announced her new Cabinet, following a significant reshuffle and re-structure of Government. In this context, researchers from all over Newcastle University express their thoughts on the challenges and opportunities for the Government in the … Continue reading →

In the Newcastle University public lecture on New Voices in Social Renewal, postgraduate student Stephanie Butler presented her work on letter-writing during the Second World War. In this blog post, she challenges the overly simplistic histories of English wartime stoicism, and explores the true … Continue reading →

Goal 6 of the United Nations Sustainable Development goals aims to ensure ‘availability and sustainable management of water and sanitation for all’. This is in line with the notion that access to water is a human right, which was approved in resolutions by the UN General Assembly and UN Human Rights Council in 2010. Ensuring that access to water and sanitation is provided for all is not merely a question of technical accessibility, but about democratic politics. However, if this is to be achieved, especially in the developing world, we need to critically examine the dominant international trends that treat water as a commodity as this is a major impediment for achieving Goal 6. Professor José Esteban Castro writes as part of a blog series from Newcastle University Societal Challenge Theme Institutes giving recommendations for targets and indicators of the UN Sustainable Development Goals. This post is also available in Spanish. 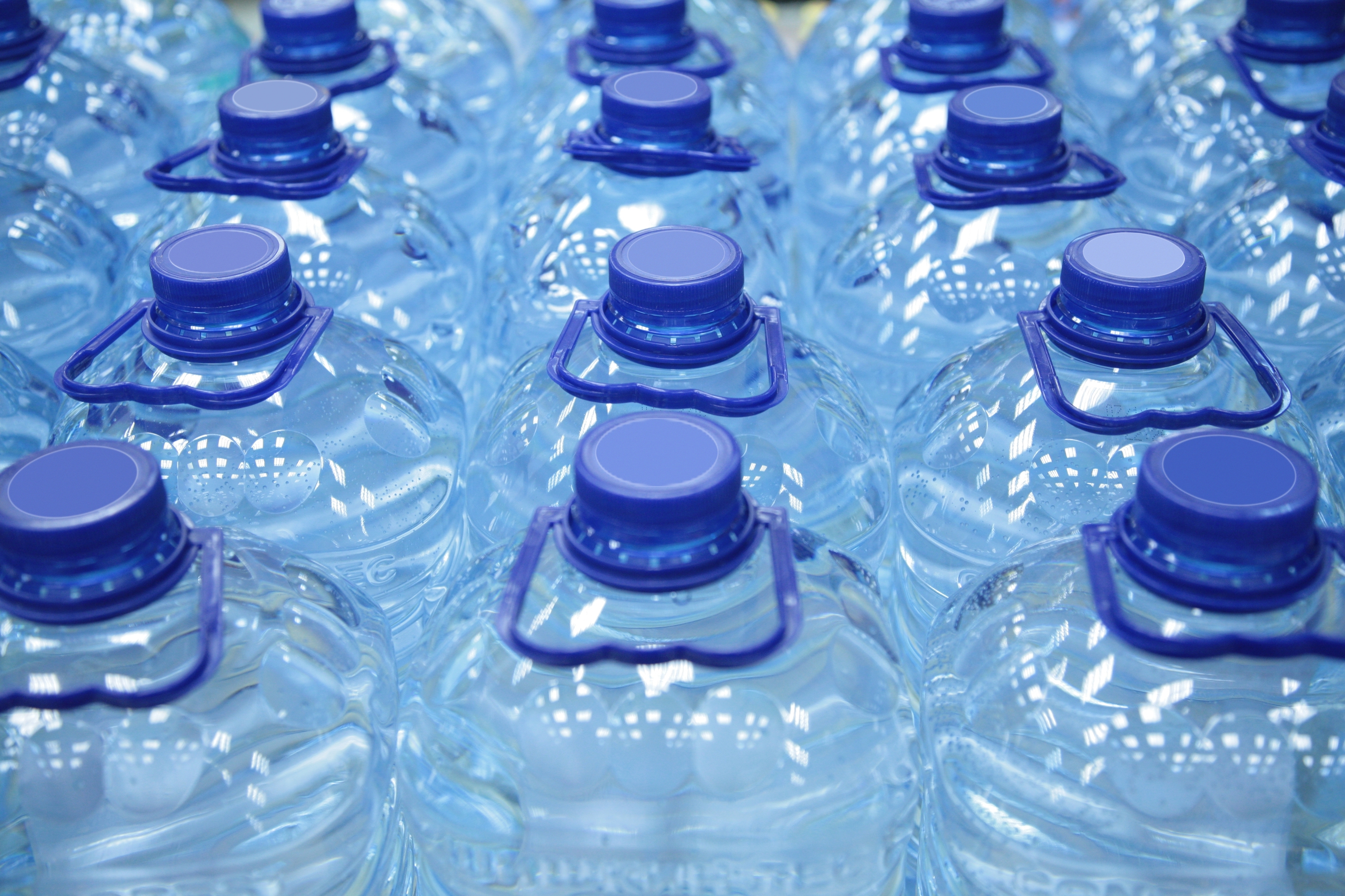 The 2014 UN report on the progress made towards achieving the Millennium Development Goals (MDGs) shows that despite considerable advancements, access to safe water and sanitation services continues to be a major concern. Although the report celebrates nominally reaching the target for reducing by half the proportion of the world’s population that do not have access to “improved” water sources, it predicts that 45 countries will not meet the target. Moreover, the report recognises that people with improved water sources “may not necessarily have safe water” [1]. In short, if we consider water quality and safety, we are far from meeting the MDG target for water.

The situation is even direr in relation to sanitation services. The MDG progress report confirms that one billion people worldwide still practice open defecation, and that we are very far from meeting the MDG target of halving the world’s population without sanitation by 2015 [1]. We must remember that the MDGs aim at halving the proportion of the world’s population without access to these essential services. A very large number of humans will continue to suffer from preventable diseases and early death even if the targets were met. This means, according to probably too optimistic official figures, that 0.7 billion people would still lack access to water even if we meet the MDGs, and 1.73 billion people would still lack access to some form of sanitation after 2015.

In recent years, water has been declared the “next commodity” [2] by financial experts worldwide and a process of massive water (and land) grabbing is taking place now in Africa, Asia, Latin America, but also Europe [3]. This includes different forms of commodification, including privatisation of water resources and water-based services. Privatising water is an example of the more general process of commodification of life in general, turning natural goods into marketable private property.

In urban areas, the key expression of water commodification is the rise of the bottled water industry, and bottled water has been called by some the “ultimate” commodity. We have already excellent examples of how to tackle this latter threat, as shown by the ban on plastic bottled water in favour of publicly-provided tap water adopted by the governments of leading world cities like San Francisco and New York. Similarly, many world cities, including Atlanta, Berlin, Jakarta, and Paris, among many others, are cancelling the privatisation of water and sanitation services and returning these services to the public sector [4]. These examples of de-commodification are paving the way forward.

If we are to achieve “available and sustainable drinking water and sanitation for all” as stated in Goal 6, we will need to guarantee access to safe water and sanitation infrastructure even for the large share of the world population that cannot afford to pay the full cost of these services. The countries that have managed to provide universal access to these services, such as most of Western Europe or the US, achieved this during the 20th century because they accepted that these services are not a commodity, but a public good that must be universally available to everyone. This historical lesson needs to be taken seriously into account if we are truly committed to achieving Goal 6. The indicators to be adopted for measuring progress in relation to Goal 6 must contemplate relevant economic, political, and social factors that have an impact on access to water and sanitation services.

Water as a human right

In making essential water services accessible to all, the main confrontation is between exclusionary and inclusionary societal projects. The former produce inequality and injustice by treating water as a commodity that must be available only to those who can afford to pay the market cost. Inclusive projects are grounded on the principles of equality and substantive, material democracy, and conceive access to these services to be a public good that must be guaranteed by the state. The confrontations between these divergent societal projects can be exemplified with the debate about the human right to water. This debate focused on access to small amounts of water needed by human beings for a dignified life, estimated by the World Health Organization at roughly between 50 and 100 litres per person, per day for domestic needs.

For many years a large number of countries involved in this debate rejected the possibility of sanctioning access to water as a human right, with highly divergent arguments. Finally, in July 2010 122 countries voted in favour of the UN resolution and sanctioned the human right to water, but 41 countries abstained from the vote while 29 were absent. [5] Global society, or at least the governments representing their people, does not have an agreement on something as basic as granting an essential amount of safe water to every human being on the planet as a right, just for being human. It is a clear example of the social, political, and ethical dilemma that we face.

Implementing the human right to water in all countries should be a target for Goal 6. However, the target must be specified with relevant indicators. Countries should put in place legal and policy mechanisms to prevent the commodification of water resources and services. If countries continue to allow the control of water resources and services by private companies and wealthy individuals, the human right to water will be no more than a romantic idea never put into practice.

Implementing the human right to water also requires tackling the world’s water crisis, particularly the pollution of water bodies and the human-driven processes of desertification and desiccation. These are enormous tasks that many governments in the developing world, including those already committed to the human right to water, will find extremely difficult owing to financial restrictions, lack of human resources, etc. The indicators for this target must take into account the need for international co-responsibility in this matter.

The role of democracy

A large share of the global population continues to lack adequate access to safe drinking water and basic sanitation facilities, which is the result of structural social injustice and inequality. Policy decisions in relation to water and sanitation services worldwide, including Europe, have almost always been implemented in the absence of democratic public debate. Water politics and management are seldom transparent to citizens, largely unaccountable, and tend to be openly authoritarian and top-down. There are currently no effective mechanisms to enable common citizens to exercise democratic control over these activities. In deciding on indicators for Goal 6, there are two main aspects to foster the democratisation process in relation to water:

Despite significant improvements towards achieving the MDG on reducing the deficit of water and sanitation services coverage, there is still an enormous gap to achieve the goal of universal access to these services. The Declaration of the Human Right to Water by the UN in 2010 provides an opportunity to rethink and reconfigure the priorities and the mechanisms to be adopted in the post-2015 development strategies. However, the process leading to that declaration also contains a warning: dozens of countries did not support the notion that there is a universal human right to have access to essential water and sanitation, and the reason for many is that they consider that these services must be commodified, not treated as rights or as public goods.

Achieving universal access to essential water and sanitation services is an inclusive political project, which by definition cannot be achieved through exclusionary politics, such as the commodification of water and water services. It will require long-term planning, not just to build the necessary infrastructures and extend coverage, but also to make the systems sustainable over time and the services available to all, independent of their capacity to pay. The public policies required to achieve the universalisation of essential services must be grounded on the principle of equality, and must subordinate economic efficiency and private profit to the higher goals of democratic wealth distribution and civilised well-being.

Esteban Castro is a professor of sociology at Newcastle University in the School of Geography, Politics and Sociology. His research focuses mainly on Latin America and Europe, especially Argentina, Brazil and Mexico. He coordinates the international research network WATERLAT-GOBACIT (www.waterlat.org) dedicated to research, teaching and practical action in relation to the politics and management of water. He is also doing research on the interrelation between socio-ecological inequalities and injustice and the democratisation process in Latin America. esteban.castro@ncl.ac.uk

To turn schools inside out, develop a localised community curriculum, argues Professor David Leat from the Research Centre for Learning and Teaching (CfLaT), School of Education, Communication and Language Sciences. To read other Ideas for an Incoming Government, view the … Continue reading →

Dr Pauline Dixon from E.G West Centre, Newcastle’s School of Education, Communication and Language Sciences, draws our attention to international aid in the latest Idea for an Incoming Government hosted by the Social Renewal blog. In particular, she argues that the … Continue reading →